Every restaurant should be ready for the worst-case scenario.
September 25, 2017 Amanda Baltazar

The news has been hard to miss lately. Four major hurricanes hurtled toward American shores, knocking out power, flooding buildings, and ruining lives and businesses in one fell swoop.

And many experts agree these catastrophic events are only going to get worse and more frequent. An important task for all restaurants is to create a natural disaster preparedness plan. This will ensure your business sustains as little damage as possible; your people—employees and customers—are cared for; and you are back on your feet, operationally and financially, as soon as possible.

Russo’s Restaurants, which includes Russo’s New York Pizzeria and Russo’s Coal Fired Kitchen, is headquartered in Houston, and therefore braced itself for the recent arrival of Hurricane Harvey. Both the concept’s franchised and corporate stores in Houston sustained damage from the storm.

“We loaded up our windows with storm shutters, lined the perimeter of restaurants with sand bags, lifted chairs onto table tops and tried to remove as much equipment as possible ahead of the storm’s landfall,” says founder and president Anthony Russo.

Before disaster hits, it’s important to stay up to date with maintenance on your building, to reduce the risk of fires, for example, during a natural disaster. This includes items like ensuring your hood exhaust system is regularly cleaned, says Rusty Amarante, director of operations, Belfor Property Restoration, in Exton, Pennsylvania.

Secure your building by closing doors, trimming nearby trees, and protecting windows by either boarding them up or installing hurricane shutters. Ensure all doors and windows are clear of obstructions in case the building has to be evacuated.

If there is a threat of flooding, the electricity, gas, and water should be turned off at the main breaker. 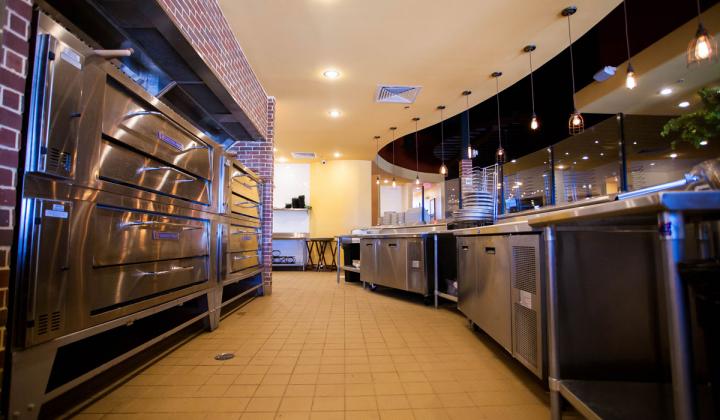 Russo's Restaurants invested in powerful backup generators, which really reduced loss, “especially when it comes to keeping your fridge full of food running."

Your Equipment and Supplies

If your restaurant is in an area prone to flooding, try to keep electrical items, such as computers and kitchen appliances, elevated above flood level, Amarante says. “It’s also a good idea to stock up on sandbags and consider updating landscaping around the outside of the restaurant,” he explains, to divert any floodwater away from the building.

Russo invested in powerful backup generators, which really reduced loss, “especially when it comes to keeping your fridge full of food running,” he says.

Datz Restaurant Group, which is headquartered in Tampa, Florida, and has three restaurants—Datz, Dough, and Roux in that city—has a gas generator for each location so they wouldn’t lose any stock. As it was, the restaurants didn’t sustain any serious damage and reopened within four days.

The Datz group also developed a smaller menu ahead of time that could be executed by a smaller staff, in case employees couldn’t make it in after the storm, or if the restaurants had limited equipment, due to damage or power outages. This, founder and co-owner Suzanne Perry says, would allow the restaurants to at least be functional, though turned out to not be needed.

In terms of equipment, Russo’s removed as much from the locations as possible, especially any that could be damaged by water exposure. And, the restaurants stored all computers in a safe, dry area and backed them up.

If you have enough time, Russo recommends moving heavier items off-site, but otherwise, lift them onto wood to stay above flooding, and cover them with heavy plastic sheeting to keep out water.

The Datz restaurants disconnected all equipment from outlets, shut off the gas, and took everything it could to the second floors.

Review your insurance policy to confirm the building and all equipment is included in the coverage, Amarante advises.

Also, create copies of all important documents, Amarante says, including contracts, insurance policies and other legal documents. Additionally, invest in disaster-proof containers that will protect these documents in case of a flood or fire.

And make sure you have a list with contact information for all your employees, as well as major utility companies, who you’ll likely need to contact after the disaster. 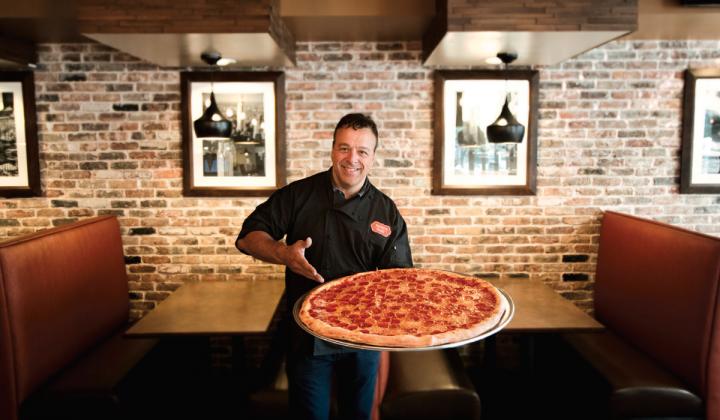 Founder and president Anthony Russo says having a plan that covers all aspects of your operation is critical.

The safety of people should be your top priority. “In the event that a natural disaster strikes while staff and customers are in the restaurant, a plan should be in place for where and how to take shelter. Employees and customers should move to a secure room if there is a tornado or hurricane, but if flooding is anticipated, it’s best to evacuate the restaurant,” Amarante says. He advises against going so high in a building to avoid flooding that there’s no roof access or other means of egress.

He also says to stay away from windows, skylights, and glass doors. And contrary to popular belief, do not stand in doorways during an earthquake but instead take cover under something sturdy—as far away from windows as possible, since the glass may shatter.

Regularly train staff on what to do in the event of an emergency. They should all know the evacuation plan and where emergency supplies are stored.

Datz Restaurant Group took a lot of trouble before the arrival of Hurricane Irma over its employees. The three restaurants were closed for four days before the storm hit to allow employees time to evacuate. “We also pulled and printed all the shelter information and information from the county on where to pick up sandbags, shelter locations and where flood zones are for the staff, and went through the information with them one by one,” Perry says. “We also ordered 50 cases of water and gave it out to staff so they had water to go home with.”

Perry knew communication was going to be tricky once the hurricane had arrived, so she implemented a “phone tree” from the managers on down to let staff know when to come back into work. “This was really helpful to get back up and running,” she says.

Before any emergency strikes, write a plan of action, then clearly display it in the dining room, says Amarante. This plan should:

Think about having a locked location in your restaurant to keep emergency supplies as well as expensive products like top shelf liquors and smaller pieces of equipment safe, to protect against potential looters.

Have an Emergency Kit

At each of Datz’ restaurants, there’s always a couple of power tools, like a power drill and a small power saw, for opening or cutting into things and boarding windows, in addition to basic tools,” Perry says, to expedite clean up.

It’s not all about preparing for disasters; there’s also a mountain of work to be done afterward. Hospitality industry leaders including Ti Adelaide Martin, Tom Douglas, and Lally Brennan have established October 2 as a fundraiser evening to help restaurants hit by the recent hurricanes.

Through “One Night, One Meal, One Nation” participating restaurants will donate a percentage of proceeds to benefit industry workers and organizations in the affected areas. They’ll provide relief to hurricane victims and assist the families in the hospitality industry that were affected by the disasters.