Diversity is still lacking in restaurants' upper ranks, but many chefs are brands are working to change that dynamic.

A More Equitable Industry: How Restaurants are Shifting the Paradigm

As the conversation around diversity heats up, three restaurant leaders weigh in on the state of foodservice and its leadership.

In recent years, the public discourse around racial and gender inequity has become amplified in large part due to tragedies suffered by historically marginalized groups. Movements like Black Lives Matter and #MeToo have sparked a renewed sense of urgency for the need to create a more inclusive, just, and equitable society—and that extends to the workplace.

As it relates to the restaurant industry, the topic of diversity is complicated since the workforce comprises such a varied group. A 2015 report by the National Restaurant Association found that 47 percent of the jobs in the industry were held by people of color. But further up the corporate ladder, fewer positions are filled by minority persons—and that hasn’t changed much in the intervening seven years. 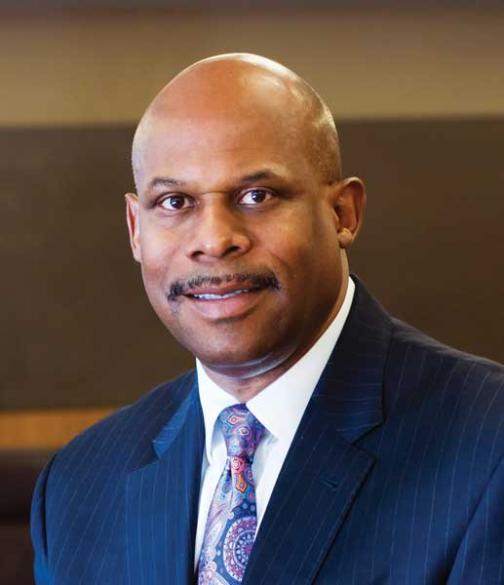 While they may be few in number, hospitality groups, restaurants, and kitchens run by people of color are helping shift the existing paradigm.

Businessman Warren Thompson is one such example of a leader in the industry who is creating a more equitable work environment. He founded Thompson Hospitality in 1992, which encompasses nearly a dozen restaurants throughout the mid-Atlantic and Florida. Restaurants like Milk & Honey in Charlottesville, Virginia, The Delegate in Washington, D.C., and Yot Bar & Kitchen in Ft. Lauderdale, Florida, all fall under the Thompson Hospitality umbrella.

Thompson knew he wanted to be in the restaurant world before he could drive. At 12 years old, he told his parents he wanted to own a Shoney’s after eating dinner there one night.

“They said you can do anything if you’re willing to work hard. So, from that point on, I was focused on getting a business degree from college, going to grad school, getting an MBA, and then starting out in the restaurant business,” he says.

He would eventually enroll in the Darden School of Business at the University of Virginia where he was the only African-American in his MBA program of 13 students. After graduating, he got his start working as an assistant manager at Roy Rogers, which was owned by the Marriott Corporation at the time. After nine years with Marriott, he struck out on his own. 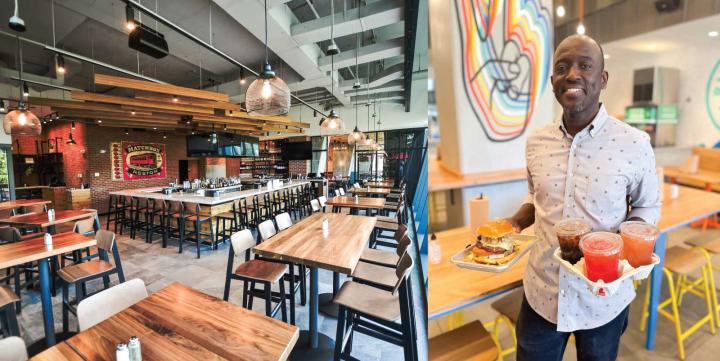 Since starting his own restaurant group, Thompson has clocked in several decades within the industry. He’s been opening and acquiring restaurants, striking deals with educational institutions to supply campus dining, and sitting on various boards, which has allowed him a bird’s-eye view of what the state of diversity looks like throughout all levels of foodservice. And it’s been a priority at Thompson Hospitality, which he describes as, “pretty diverse across the board.”

He adds that several factors have limited the number of minority and female executives in the industry. Like many industries, the restaurant scene has long been a place where white men held most senior roles. Trying to break into that “good old boy network,” as Thompson phrases it, is never easy. Issues of getting the proper permits and raising capital also act as impediments to entrepreneurs, with people of color historically having less access to those resources.

“If you’re a minority and you have income and wealth, it doesn’t necessarily mean guaranteed connections. You still have to work to get connected.” Warren Thompson

“The question is, who’s more connected? Who has greater access?” he says. “It’s typically been reserved first and foremost to the majority race, usually stratified by income and wealth, but if you’re a minority and you have income and wealth, it doesn’t necessarily mean guaranteed connections. You still have to work to get connected.”

Thompson says he had thought that the country as a whole had been moving in the right direction regarding inclusivity and diversity, but the last five years have given him pause. He also believes that since the restaurant industry had so much ground to make up, the improvements may appear not as impactful as they actually are. Although he says there’s still a long way to go, he believes restaurants are making headway.

“I’ve been in this industry now for almost 40 years and when I look at the industry today versus 40 years ago, it’s quite diverse compared to how it was then,” he says. 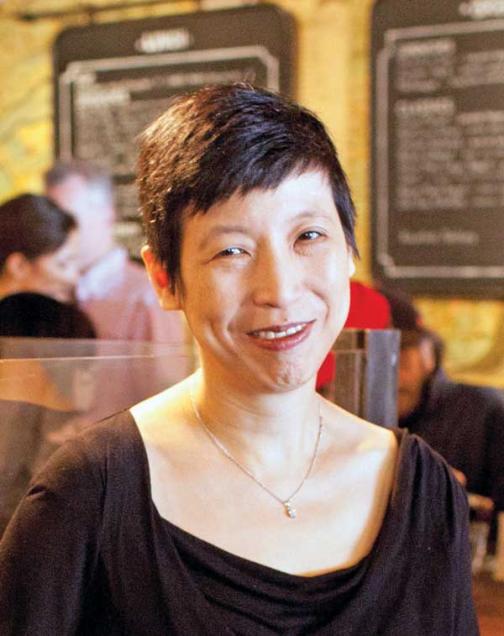 Ellen Yin is another leader who is moving the needle in terms of diversity. She heads the High Street Hospitality Group in Philadelphia. Yin, who is Asian-American, has five restaurants in Philadelphia (High Street, Fork Restaurant, a.kitchen + bar, High Street Provisions, and The Wonton Project) plus a High Street outpost in New York City.

She says she didn’t encounter some of the barriers that other women in the industry face, like advancing through a system dominated by men. Though she’d had some experience as a server and bartender, Yin jumped straight into the role of restaurant owner after completing her MBA at the University of Pennsylvania’s Wharton School of Business. Her path may diverge from the norm, but she understands the value in bringing more women into decision-making roles.

“Something I’ve always felt is really important is to have women represented in management and in the kitchen,” she says. “It’s something I take pride in and try to ensure that we do.”

In light of COVID and the ongoing labor shortage, Yin says now could be a good time for  restaurants to rethink their business model in terms of who gets hired and promoted. Still, she acknowledges that right now it may be especially difficult to staff a restaurant with an incredibly diverse group of employees, given the limited pool of applicants. But, she stresses, the more important consideration is ensuring that everybody feels included and heard. After all, bringing more voices to the table could help in the COVID recovery process. 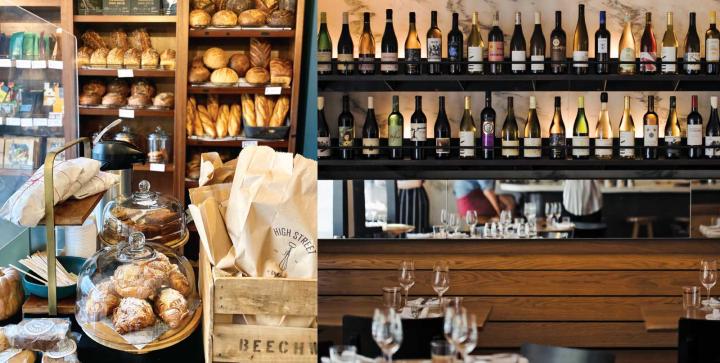 “Restaurants are facing unique challenges brought on by the last couple years—all the more reason to get better and more well-rounded,” Yin says. “If we keep looking back at the way we did things in the past, we’re not going to figure out a way to rebuild for the future. … It’s time to be looking at other models of doing things.”

The restaurateur says when she was first breaking into foodservice, she never considered herself at any greater disadvantage. But looking back now, she remembers experiences her male peers would not have endured. For example, in one of the first publicity pieces to feature her, Yin, along with other female entrepreneurs, were staged in a kitchen wearing ball gowns.

“Something I’ve always felt is really important is to have women represented in management and in the kitchen. It’s something I take pride in and try to ensure that we do.” Ellen Yin

Subtler micro-aggressions occurred as well. She recalls when she was starting out with her first business partner, Anne-Marie Lasher, they would regularly receive emails that started, “Dear sir,” because the sender assumed the owners must be male.

Reflecting on her 20-plus years in the industry, Yin says there is still progress to be made. “It’s not as fast as one would hope, but I think more and more people are aware and want to achieve that balance and they understand why it’s beneficial,” she says. 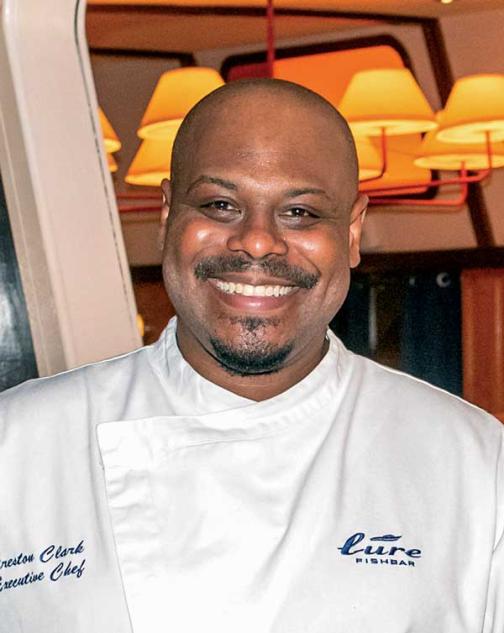 Preston Clark has experienced first-hand the benefits of making the workplace more diverse. Originally from New Jersey, Clark is the executive chef of Lure Fishbar, which is part of Mercer Street Hospitality in New York City.

Though Clark himself is Black and nonhispanic, he primarily runs his kitchen in Spanish because the majority of his staff are Latino. The chef will sprinkle in English for those who wish to learn the language, but by primarily speaking Spanish, he fosters a more comfortable and inclusive environment. Plus, Clark loves the practice.

“When you speak another language for long enough, it kind of ties you to that culture,” he says. “It helps you understand the culture a little bit more and with that understanding, it helps you relate to people and understand exactly where they’re coming from.”

Speaking a different language may seem like a small consideration, but it has had a huge impact. While many restaurants struggled to bring back their entire staff after pandemic-related restrictions were lifted, Clark says 100 percent of his staff returned, and he credits the inclusive work environment as a key reason for that impressive number. 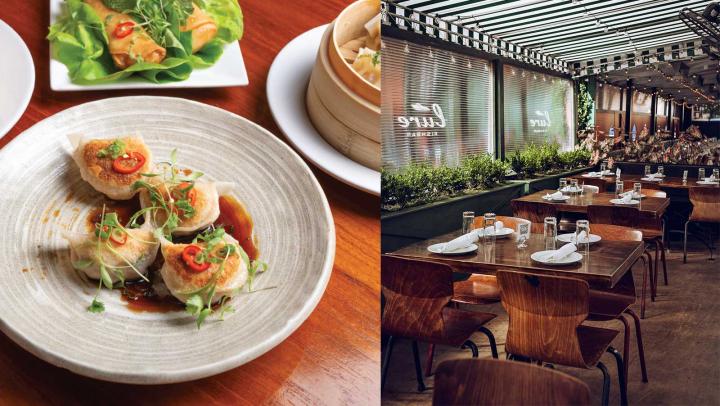 “All of my kitchen guys are still there,” he says. “And some of them precede me. Those guys come back because we make a great work environment, and we invest in those guys and care about them genuinely. That’s how you propel them forward.”

As a minority, Clark can also relate to the situations other people of color in the restaurant workforce encounter. He remembers a number of times when he was one of the only representatives from a minority group in a professional setting. He was the only Black man in his class at the Culinary Institute of America (cia). He was also one of only three Black men working in the kitchen at Charlie Trotter’s restaurant.

One solution Clark believes might help land more people of color in positions of power, both in the kitchen as well as the C-suite, is sourcing talent from nontraditional sources. Hospitality programs at traditional postsecondary institutions—like the CIA—can cost upwards of $40,000 a year. The hefty price acts as yet another barrier to entry for higher-level positions within the restaurants.

“You have to take a chance on people. There’s a little bit of risk, ... but invest in people. I think that ROI is huge.” Preston Clark

Instead, Clark says the best way to effect change might be to invest time and effort into traditionally marginalized groups.

“You have to take a chance on people,” he says. “There’s a little bit of risk, … but invest in people. I think that ROI is huge.”

And though Clark describes progress within the industry as “very slow to borderline stagnant,” he does see positive change happening. He even adds that more people of color and women are attaining executive-level positions at a higher rate than previously seen.

Existing leadership might soon recognize, too, that being homogenous can have a negative impact on business. Restaurants run by just one subset of the population will struggle to connect with an increasingly diverse consumer base. Clark says the main benefit these businesses miss out on is the experience of the collective.

“Those human stories and human connections are really important,” he says. “That’s why people go to restaurants.”