At just 33, restaurateur Rachel Cope has taken OKC by storm with five concepts that are making a name for the region’s budding food scene.
April 2018 Mary Avant

When Rachel Cope finds a gap in the market, her first instinct is to fill it. And in the up-and-coming Oklahoma City restaurant market, there have been plenty of gaps to fill. After working front-of-house and managerial positions in a number of local restaurants during and after college, Cope set out to create a concept of her own, inspired by the famous Home Slice Pizza in Austin, Texas.

“We kind of pride ourselves on late-night dining,” she adds. “Empire filled the niche for a funky pizza place that’s open late with a full bar that we definitely had never seen in the state.” 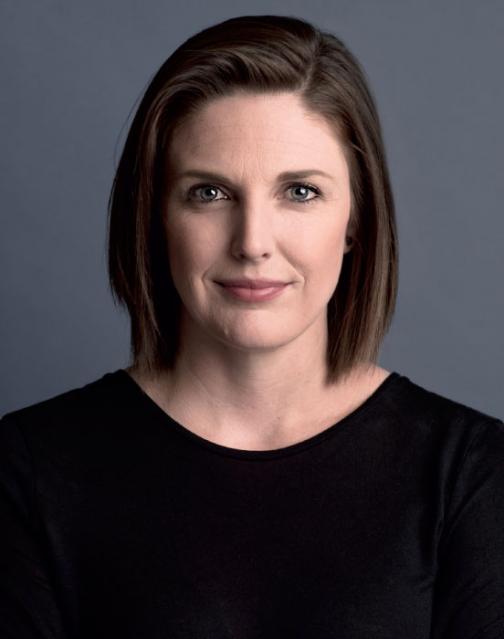 Although Cope is open to future expansion beyond Oklahoma City, she is committed to driving the market with unique concepts like Ponyboy, which specializes in local fare, and Revolución with tacos and ceviche.

Empire has become so popular and profitable, in fact, that Cope was forced to build a to-go outpost right next door in 2017, known as Easy E Slice Shop. In addition to offering pizza by the slice, Easy E serves as the catering and commissary kitchen for Empire, improving speed and service for its pizza-loving guests.

But before Easy E came a number of other Cope-led concepts, the first of which was Gorō Ramen. For years, Cope’s chef friend Jeff Chanchaleune operated a ramen truck in Oklahoma City, until he and Cope dreamed up the concept for a pop-up dinner series—called Project Slurp—in a nearby brick-and-mortar spot. For an entire year, the pair hosted dinners once a month, where Chanchaleuene would whip up ramen and other Japanese cuisine, while Cope would experiment with fun cocktails and drinks to pair with the food.

“Not only were we trying out Japanese dishes and Asian dishes, we were also testing our drinks,” Cope said. “That was our way of testing this thought: Would people come to a ramen shop enough to support it and be successful?”

The answer: A resounding yes. After selling out every dinner that year, the duo opened Gorō Ramen in 2015 in OKC’s Plaza District—one of only two ramen shops in the city.

Next came Revolución, a tacos-and-tequila spot in the home of a former auto garage. Despite the prevalence of Tex-Mex concepts in the market, Cope says the concept she was going for—one that was modern and cool, with a nod to more traditional Mexican cuisine—was nowhere to be found. So, naturally, she created it.

The same goes for Ponyboy, Cope’s coffee shop by day and cocktail bar by night. The concept—which was designed to have a “very Oklahoma bar vibe”—boasts a lineup of down-to-earth cocktails at approachable prices. “Sometimes with craft cocktails, there’s this pretentiousness that comes along with that, and we don’t do that,” she says. “That’s not who we are.” Instead, Ponyboy focuses on locally sourced, recognizable ingredients and a level of service that makes bar-goers feel right at home.

Under the 84 Hospitality Group umbrella, Cope’s handful of concepts each have distinct personalities and offerings but share the same guest experience, atmosphere, and friendly price point. Each location also places an emphasis on putting employees first—a mission that became close to Cope’s heart after noticing that turnover at her restaurants was unusually high. “I’m in a city where there’s only so many people to choose from, so I started thinking, ‘How do I eliminate people leaving? How can I make them see that waiting tables is not just temporary—that this could be a career?’” she says.

She quickly found her answer after hiring a chief cultural officer, Anthony Dobey, late last year. Together, they worked to put an employee incentive program in place, in which they offer the group’s more than 300 employees the tools they need to not only grow in their careers, but also to grow as people.

The program includes perks like $10 haircuts, gym memberships and discounted yoga classes, free movies at the local theater, and a partnership with a nearby bank, where bank employees give talks on such topics as building credit and opening a savings account. As with the greater restaurant industry, 84 Hospitality Group attracts young employees, who Cope says are roughly between the ages of 17 and 28. “When I was that age, I wish somebody would have taught me what we’re trying to teach them now,” she says.

Though exact figures aren’t available yet, Cope estimates that 84 Hospitality’s turnover rates have fallen by 25 percent since enacting the incentive program. As she points out, a restaurant’s employees are its best advocates since they are the ones interacting with the guests. Cope wants that enthusiasm for the company and the city to shine through.

Also crucial for Cope: continuing to deliver on guests’ expectations for new and exciting concepts. “Now we feel an obligation—in a good way—to keep bringing cool things here,” she says of 84 Hospitality’s role in the Oklahoma City dining scene. “It feels really good for people to say, ‘What are you guys going to do next?’”

And although she has considered branching outside OKC to put her stamp on other markets across the country, Cope remains dedicated to the restaurant industry in her home state.

“I would love to do something somewhere else,” she says. “But am I ready to let go of what’s happening in the city and put myself in another market and try to drive it there? I don’t know. I just need to finish what we started here.”