With a pipeline of 21 restaurants, Food Fight Restaurant Group has been integral to the restaurant boom in Madison, Wisconsin.

Long before Madison was an up-and-coming foodie destination, Food Fight Restaurant Group was growing a small empire within the Wisconsin state capital. What started as a retro diner in a struggling neighborhood has now ballooned into the city’s largest restaurant group, encompassing more than 20 on-of-a-kind concepts all within the greater metropolitan area.

Monty’s Blue Plate Diner (originally named Bob’s Blue Plate Diner) opened its doors in the Schenk-Atwood neighborhood in 1990 and was quickly followed by three other restaurants. Four years later, Food Fight was born as a way to manage the growing collection of concepts. Two of the cofounders, Monty Schiro and Peder Moren, are still active in the company, with Schiro on the ground level as both president and CEO and Moren serving as director of the board.

The group’s ability to evolve in step with—or in many cases, ahead of—Madison and its residents has been key to its long-term success. Its restaurants were well ahead of the competition in terms of being nonsmoking and offering employee benefits like stock buy-ins and paid time off; Monty’s even offered vegetarian options in the ’90s, long before the plant-forward craze had taken root.

Although Madison is approaching market saturation, there will always be opportunities for nimble restaurateurs. FSR recently sat down with Kevin Henry, a 20-year company veteran who has since left to launch his own consultancy, for a closer look into Food Fight’s enduring success. 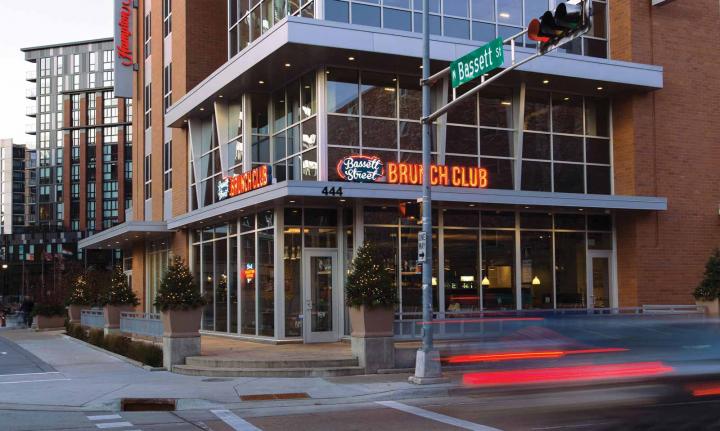 After nearly three decades in Madison, what does growth look like for Food Fight Restaurant Group?

We’ve been here 29 years, with Monty’s Blue Plate Diner being the first and pretty much grown a restaurant per year. Some of them closed, so we have 21 total right now. One just opened this summer, Bar Corallini, and we’re working on another for next year.

We’ve been in the community so long that we’re a first call for landlords when they have a space opening up or builders as they’re thinking about a new project. We always have opportunities coming our way; it’s about figuring out the best fit. We always have ideas for potential concepts; we’re always looking at different parts of the city we know, whether it’s downtown, north, southeast, west. When all those things align, when we find the right space in the right neighborhood, we open the concept that we’ve been thinking about for a while.

Do you find that it’s helpful or kind of a hindrance to be in a university town?

Being in a university town is a big part of success for us. It obviously helps with employees year-round because there are always cycles of people. Plus many students have expendable cash, so they frequent our restaurants, too.

The other benefit we have is the state government. Those are two powerhouses: the state government and the University of Wisconsin, which continues to grow. We also have Epic Systems, which is in nearby Verona, and it’s a big player in the healthcare software industry. I think it has upward of 10,000 employees. They’re well-paid, highly educated people, so they’re a big part of the city’s economy, as well. A lot of the people who work there live downtown and have money to spend. They’ve been a big reason why the downtown area around Capitol Square has been able to flourish. 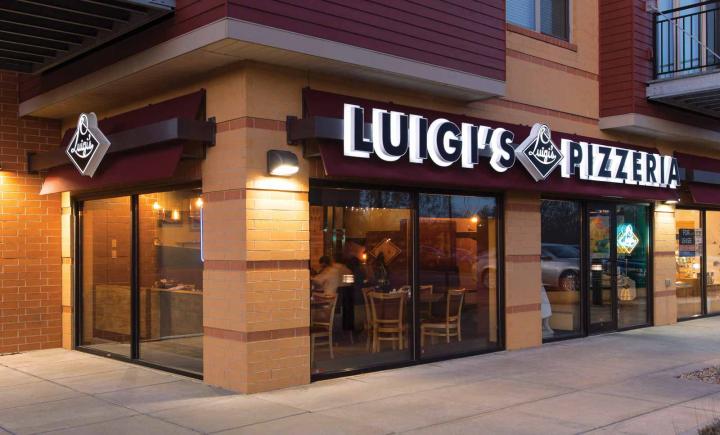 How has Madison changed as a city? As a dining scene?

Back in the ’60s, Madison was a hotbed for protesting, and it always has been a very liberal city. Because of the university and because of Epic, there’s a big influx of young people, and it’s really helped the city continue to grow and be prosperous.

In Wisconsin, we’re in the Heartland of the Midwest, so there’s a demand for local farm-to-table food. And here’s the great thing: I live on a small farm, and I get to the office in 30 minutes. If you’re downtown, you could be out in a farm in half an hour. That makes local food readily available; we also have several organic farms coming up. We’ve always been at the forefront as far as being a Midwest city. We’re still behind the coasts, but we have access to a lot of really good food.

As smaller cities like Madison attract more people, are they still good markets to open a restaurant?

We are feeling the effects of saturation as far as employees are concerned. Everyone across the country is feeling those effects, too. Per capita, we have a huge number of restaurants, so there are always restaurants coming and going. We’re seeing several small entrepreneurs too, and so it’s a great place even if you don’t want to open a restaurant. Many food-related entrepreneurs are popping up. They make sauces, ice cream, nut butters, pasta, and all these other side markets. We’ve got some pretty good brands like RP’s Pasta and Yumbutter. Some of these homegrown companies are going national.

Madison is a great place to be, but for restaurants it’s always a crapshoot. Anyone coming in should be very cautious. With a lot of these new building projects, the rents are way up to the point that we would not go into them because they’re unreasonable. My advice to everyone I talk to right now is to be very careful with your overhead costs.

It is a great food scene for the consumer. There are great options and so many exciting things around here. Just last week I was in touch with a woman who’s starting an all-organic composting company. 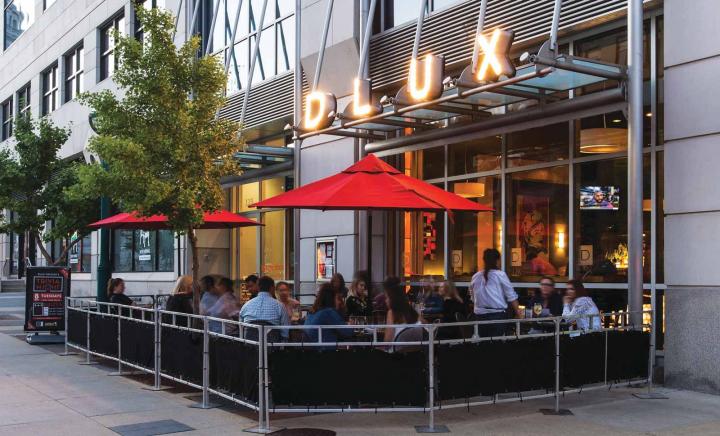 What role do restaurants play in a city’s evolution?

Restaurants can be a part of that entire life cycle. We started Monty’s Blue Plate Diner when the the Schenk-Atwood neighborhood wasn’t that desirable, but the restaurant itself hasn’t changed that much. Of course, consumer demands change. We keep up with that, but otherwise it’s similar to what it was. People can count on the diner as the neighborhood undergoes changes. It goes from being just the neighborhood diner to now being the place people want to go when they visit Madison because it’s so well known.

Anytime a neighborhood changes, you have a mix of the longstanding restaurants that have been around 20–30 years. Sometimes they move past their prime and then you get new ones coming in. As a growing business, it’s great knowing that things are always going to change, and you can bring things forward. The bad thing about being in the restaurant industry is that you have to stay on top of all of that. Consumers change, neighborhoods change, and so will the restaurant.

If you want to be in the forefront and be a driver of the food scene, then you have to be ahead of the curve. Monty’s Blue Plate Diner was doing vegetarian food 29 years ago because it was in the neighborhood that wanted it. Ask yourself: What are the foods others aren’t offering? What do consumers want that they don’t have yet? It’s the same thing with employees. Offer your employees the perks and benefits that are important to them. If you can find a gap where your competition isn’t offering something, exploit that difference.