Okeechobee Steakhouse has a dry-aging process (it's a closely guarded secret) that dates back to the 1930s.

The famous Okeechobee Steakhouse turned 70 this past October. And it's never looked better.
November 2017 Danny Klein

A lot of restaurants claim to put their city or town on the map. But when Okeechobee Steakhouse opened in West Palm Beach, Florida, on an October day in 1947, there wasn’t an atlas or road that could even find the place. Just like everything else at the restaurant, stories from those early days are passed down through generations. Current proprietor Ralph Lewis, the grandson of the original owner, also Ralph, recounts the tale.

“It was so far out of town, they couldn’t even get deliveries,” he says. “They told my grandfather the restaurant would never make it this far out in the boondocks. But first night they opened they were on a two-hour wait, and the place has been busy like that every since, for 70 years.”

This past October, Okeechobee Steakhouse, which holds the title as Florida’s oldest steakhouse, celebrated seven decades in business the most fitting way possible: by dry-aging some 38-ounce cuts for 70 days. They used the same process Lewis’ grandfather invented in the 1930s, and the same one the restaurant deploys today.

In a restaurant industry rife with trends that flit in and out of conscious by the hour, delivery-only models, robot-flipping burgers, and countless other innovations, Okeechobee Steakhouse really hasn’t turned a 180 since Ralph and Norma Lewis brought it to life. The restaurant has, of course, adjusted over the years, but the heart of the experience remains in line with its original vision.

One major change: The restaurant was actually a drive-in when it first opened. Picture, Lewis says, a Sonic Drive-In that brings a steak and beer (or cocktail) to a patron’s window. 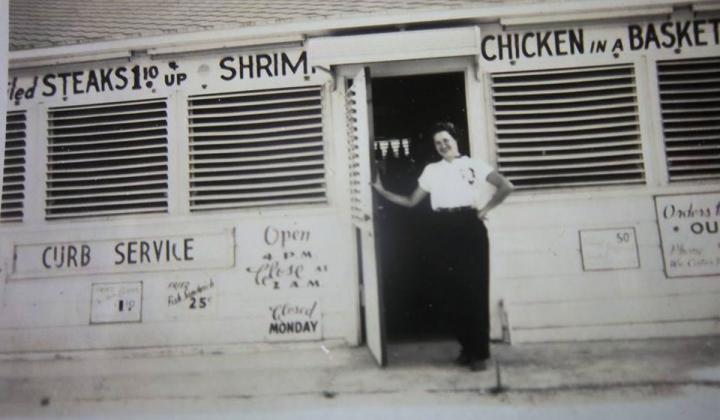 When Okeechobee Steakhouse opened in 1947 it was a bit off the beaten path, to say the least.

That model was popular for Okeechobee Steakhouse through the 1960s, as it was around the country in general. Lewis, who is 54, remembers those days.

“It was a great thing,” he says. “You could pull up outside and they would bring a steak dinner to the car with a cocktail and hang it on your window.”

Okeechobee Steakhouse is a fine-dining icon at this point. It’s relatively small for a steakhouse—4,000 square feet—and seats 167. The restaurant is always busy, Lewis says, with reservations even booking up during South Florida summers. “We’re on a wait about five nights a week then,” he says. “That’s unheard of in South Florida.”

The bar starts filling up by about 4:30 (that’s not unheard of in South Florida) and the restaurant remains busy all night. Okeechobee Steakhouse will serve about 300 covers or so, which shows the methodical and indulgent pace the restaurant likes to operate.

It’s a setting and experience that harkens back to the glamorous era of dining. Lewis says, even with all of the rapid-fire options available in today’s restaurant market, guests still want to get dressed up, sit down, order a steak, and let the night marinate. “People love dining. It’s the American way,” he says. “And that’s why I think steaks have been popular. They were popular in the 40s when my grandparents opened the restaurant. They were popular in the 50, 60s, and all the way until now. And they will still be popular 25 years from now.” 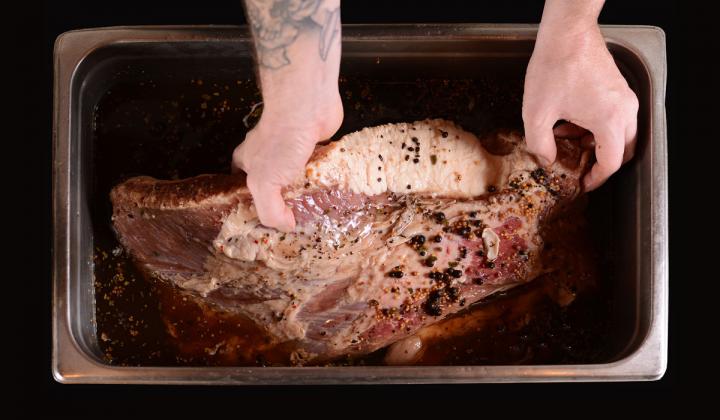 Everything on the menu handled with care and attention. Here the Brine Corn Beef dish is being prepared.

“They love the nostalgia. They love they can sit and dine and have an experience for hours without being rushed,” Lewis says. “This is an experience you can’t have at a quick-service restaurant. That’s why we have generational customers who can come in and say, ‘My father or grandfather brought me here 40 years ago.’ That memory and experience—it’s everything.”

As social media and technology continues to infiltrate daily life, Lewis believes there will be an even greater demand for this kind of service, not the other way around. 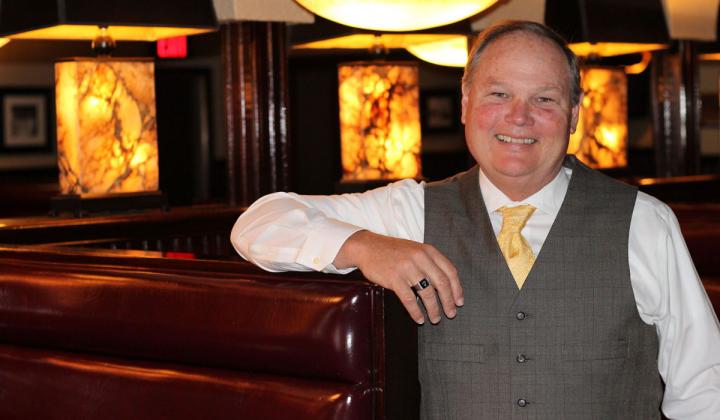 Ralph Lewis is a third-generation owner of the restaurant.

“People are going to start starving more for old-school service and hospitality. I think you will find people craving that,” he says. “I see it already to some degree: The people’s frustration with not being able to deal with a human being or dealing with a sensitive person.”

And yes, Okeechobee Steakhouse has evolved in some ways. The restaurant is in the process of opening a large catering facility on the property. The family owns 2 acres at what’s morphed into one of the busiest intersections of Palm Beach County over the decades. They’re also opening a meat market with high-end cuts. Okeechobee Steakhouse is growing and expanding, and, of course, staying in the family.

Lewis says he wants to celebrate the restaurant’s 100th anniversary. He’ll be 84 when it rolls around. “That’s my goal,” he says. “We can’t wait to see what the future holds.”

Lewis’ father took over the restaurant in 1974 and remodeled it. To that point, it was basically the same inside and out as the original space.

Lewis remembers coming to the restaurant as a child with his father and uncles, who also worked there, and stoking the charcoal first thing each morning. “The first time I cooked a steak I was 11 years old and I can remember thinking it was hot as hades in there. I was wondering how do they do this all day,” he says. 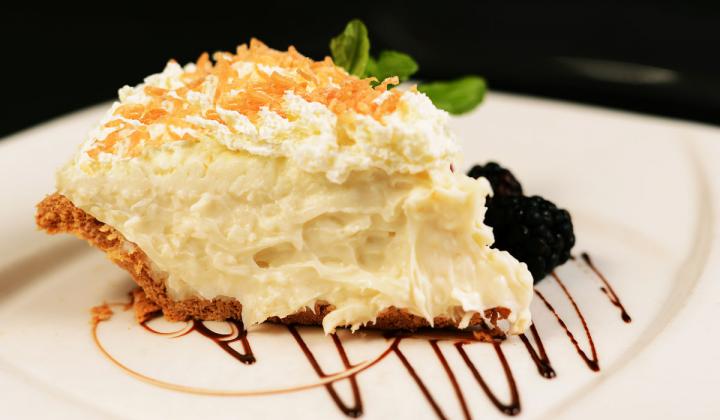 Desserts at Okeechobee Steakhouse, like this Coconut Cream Pie, are all made in-house.

Employees have been along for the ride as well. A waiter with 43 years under his belt just retired in March. There are probably, Lewis guesses, more than 25 staff members with 10 years or more experience.

“We pay our staff well. We treat them well. We allow our managers to manage,” Lewis says. “My father and I we don’t micromanage. We sit down and have meetings. We have very tight systems that we run. And I would say one of the keys to our success is doing a lot of the mundane tasks every day that people know they should do but they don’t, which is staying on top of customer service and consistency every single day.”

“People are going to start starving more for old-school service and hospitality. I think you will find people craving that,” — Ralph Lewis.

The restaurant’s menu has been pretty stable as well. No matter what changes, Lewis says, the New York Strip and Filet Mignon are always top sellers. Okeechobee Steakhouse added a Lite Side Favorites section, which offers smaller portions, to keep the entire family involved.

Overall, the restaurant has expertly balanced its future with its past, all in an effort to keep the same guests returning time and again, while also being sure to appeal to those walking in for the first time.

“That is one of the most difficult things to pull off in a restaurant that’s been around decades,” Lewis says. “Staying true to your culture, staying true to the feel people are accustomed to, and yet, making sure you’re not outdated. What we have done over the years is slowly implement things. But at the same time, we never let our core values slip. We offer the same great experience we always have.”