Hooters Energizes Culture by Telling the Stories of its Women

New Chief People Officer Cheryl Whiting-Kish is eager to rid the brand of stereotypes and show the true extent of what a Hooters Girl is capable of achieving.

Cheryl Whiting-Kish remembers the validation she felt 25 years ago when Hooters named her its first female vice president. Overseeing human resources and training was the epitome of everything she worked on—leadership, subject matter expertise, and the ability to connect and develop people—since beginning as a Hooters Girl.

The position catapulted Whiting-Kish into entrepreneurship and consultancy, although she remained connected to the brand in the following decades, whether it was assisting a large franchisee for 10 years or managing the human resources side of opening Hooters Casino Hotel in Las Vegas. In 2019, she found herself completing leadership consultancy work alongside CEO Sal Melilli, who, similar to Whiting-Kish, rose through the ranks after starting as a dishwasher.

The shared vision between the two was strong, and Whiting-Kish decided it was best to return full time.

“My heart just really began to warm, and I thought at that stage of my career, it would be a very nice way to give back to those who would be following me in the brand and help support future leaders moving forward,” Whiting-Kish says.

Since June, she’s worked as chief people officer, a role that focuses on Hooters' culture, organizational design, and talent management strategy—three aspects that Whiting-Kish feels were strengths before she began her second stint. She explains that since its founding in 1983, Hooters has stuck to its roots and been rewarded with 100 percent brand recognition. The culture is cemented in SERVE core values (Show you Care, Elevate the Spirit, Respect Everyone, Value Feedback, and Exceed Expectations). 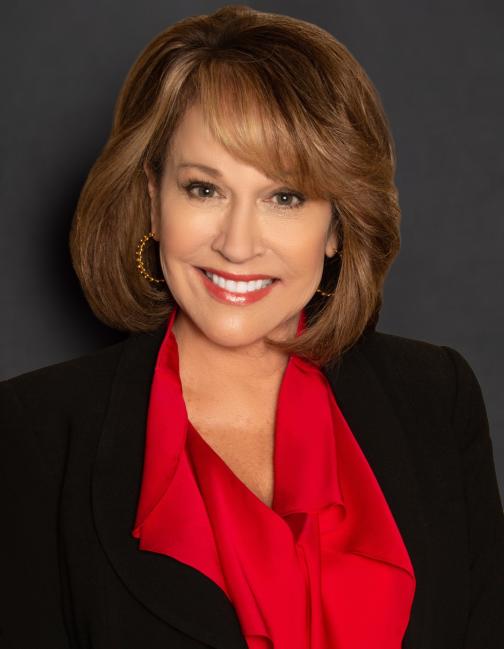 She notes that Hooters has always been committed to providing team members a clear pathway up the organizational ladder. An estimated 75 percent of current leadership team started with Hooters, and 40 percent of operations leaders are women—most of them beginning as Hooters Girls, like Whiting-Kish.

“There's a very strong culture around training development, ensuring that we're helping people to hone the skills that they're learning by working for us so that they can then manifest into growing into whatever they want to become,” Whiting-Kish says. “Hopefully they stay with brand, perhaps they move on and they have other career goals, but they should be all the better for having worked for us.”

The biggest opportunity for Hooters, Whiting-Kish says, is shining a brighter light on the Hooters Girl, a passion project she refers to as “Her Story.” Internally, the brand recognizes that more than 400,000 women have come through the brand and that each one has shaped its nearly 40-year history. Whiting-Kish is determined to inform vendors, franchisees, customers, and other onlookers about the true meaning of these “powerful women that are working for us on her terms.”

On International Women’s Day (March 8), Hooters held a virtual celebration in which the company revealed its commitment to starting a facilitated series focused on elevating, empowering, and educating women. A few months later in Lake Tahoe, California—where Hooters held its franchise conference—Whiting-Kish formally launched the series, which will officially begin August 17 and run through November. The inaugural programming will examine the neuroscience of leadership.

Whiting-Kish made this announcement alongside a panel of former employees that used their Hooters Girl experiences as a launching pad into executive careers. Some examples of Hooters Girl alumnae featured during the conference include Jessicah Pounds, Focus Brand’s vice president of training and learning development; Taddy Beuke, a real estate development coordinator at Fasken Oil and Ranch, one of the largest privately owned oil companies in the U.S.; Michaela Falco, president and founder of digital marketing company ME3; Andrea Hill, director of operations for Hooters in Chicago; and Aliscia Andrews, Virginia’s deputy secretary for cybersecurity.

These women were also the subject of a mini-documentary highlighting their origin stories. But Whiting-Kish says that’s just the beginning. The company started a “I am a Hooters Girl” campaign giving employees, both in restaurants and at the corporate office, an opportunity to scan a QR code and submit what they’re proud of, who they are, and what their career goals are.

“I think it's time to honor who she is as an individual versus there's a stereotype often that some might have around the orange shorts,” Whiting-Kish says. “Of course, from my opinion, I think that is judgmental and ridiculous because when you begin to look at these women as human beings, you go wait a minute, how can you argue with the fact that she's in law school, she's now a doctor or she's a mother raising a beautiful family or she's a cancer advocate because she's a cancer survivor or she's a Marine or she is the first ever deputy secretary of cybersecurity. I mean, come on. I think that's where our opportunity is.”

Amid industrywide labor shortages, the company has faced little trouble recruiting Hooters Girls, and Whiting-Kish attributes that to the company’s suite of benefits, like tuition reimbursement, employer matched 401(k), and flexible scheduling. For back-of-house workers, the brand uses a steering committee that polls employees and researches what benefits are most important to them. There’s also Hooters Career Journey, a set of learning activities designed to create equitable opportunities for anyone to build their leadership skills.

Whiting-Kish says her overall mission as chief people officer is to wipe away negative narratives, and part of that is simply growing with franchisees. Apart from the U.S., Hooters is expanding its international presence in Canada, the U.K., and Mexico.

She acknowledges Hooters may not be for everyone, but for those that do engage, the executive wants to ensure they’re both enjoying the brand and understanding the true capability of its Hooters Girls.

“I also hope to give the women of the brand again a spotlight to say, hey, I'm a leader of myself. I'm choosing to work for this brand. I choose to wear these orange shorts. I choose to leverage my time here whether it's to make money while I go to school or to learn communication skills or whatever it is,” Whiting-Kish says. “It's a change that—if that perception is still there 40 years later and perhaps it is—we are a place that cherishes the people who work for us. We honor them, we celebrate them.”