Vivvi Early Learning is a Manhattan-based childcare facility that caters to parents in the hospitality industry, offering childcare from 7 a.m. to 2 a.m.

Childcare is an especially fraught issue within the restaurant world, but a New York–based program catering to hospitality workers could shift the dynamic.

The birth of a child is a momentous occasion, but for many who work in the restaurant business, the new arrival can also spark trepidation about job security. In an industry that prides itself on employees who work hard, long hours on a moment’s notice, children can seem quite incompatible with the current hospitality business model.

Camilla Marcus, founder of the New York all-day café West-Bourne, is working to shift this paradigm. One of her first major steps forward is partnering with Vivvi Early Learning, a downtown Manhattan childcare facility that is one of a kind in that it caters to hospitality-industry parents. After months of collaborating with the Vivvi team, West-Bourne began offering its employees subsidized childcare last fall.

With hours from 7 a.m. to 2 a.m., Vivvi Early Learning boasts a convenient location that is close to many restaurants and a payment structure that does not demand long-term commitment. At present, West-Bourne is the only restaurant signed up for the program, but it is Marcus’ hope that the partnership serves as an example to others across the industry.

While Marcus has been championing greater flexibility for parents in the industry for years, she also recently became a mother, making the issue even more personal. FSR sat down with Marcus to discuss the genesis of the center, how childcare is handled at her restaurant, and her hopes for the future of parenting while still working in the industry. 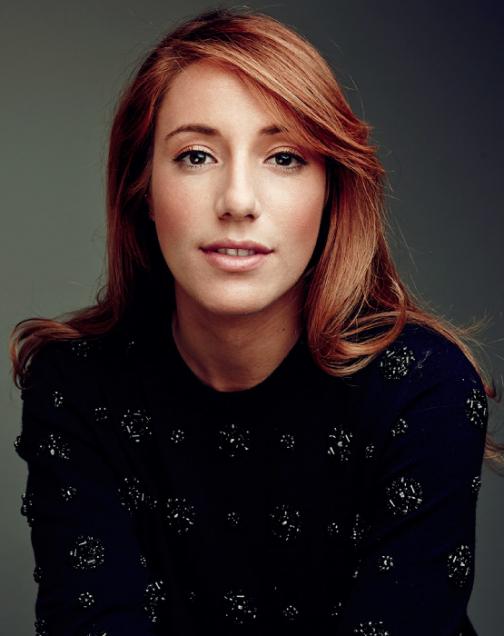 How long has the issue of childcare for restaurant workers been on your radar?

I’d say probably within the first two or three months of opening West-Bourne [in January 2018], we had a number of total all-star team members who started having major childcare issues. Most were relying on informal networks, which is, for better or worse, the norm.

Obviously, there’s no choice; no one should ever be forced between their child and their job. So, we started doing a lot of things creatively: creating different shifts and putting people on flex schedules for short periods of time. But what we kept coming back to was that our industry just doesn’t have 9-to-5 jobs the way that corporate America does.

After talking to a very large swath of restaurateurs in New York, it became clear that everyone faces this issue with their teams. And then we started thinking, “OK, there has to be a solution. I mean, we’re in New York City of all places.” And lo and behold, nothing in the market existed. We called several large, established childcare businesses, but they had no interest in flexible or extended hours.

And then you found the Vivvi Early Learning team?

I decided to start talking to, frankly, anyone and everyone who would listen. One of these people was Dana Cowin, a close friend of mine. She had this contact who worked on parental programs and that person put me in touch with Vivvi, which was in the process of negotiating its first lease. Founders, Charlie Bonello and Ben Newton, and I are of the same generation. We saw the opportunity and challenges of traditional childcare, and we’re all so passionate and committed to rewriting that narrative. Hopefully that’s a first step toward a new normal.

How did you all first get the project off the ground?

I came in really at stage zero of their business. I said, “What would it look like if we could do something like this? Here’s what I know about our industry and the needs that we have that are vastly unmet. Can we work it into your business model?” And so, it took about a year, as they built out their business, to adjust it and open it up to this new business plan.

Vivvi’s model is unique in that it’s employer-sponsored. The premise is that this is really a work-life integration issue. It shouldn’t just be on the parent; it should be a mutual conversation with an employer. We’ve chosen to be 100 percent subsidized, especially at the start. Our goal is to make it totally friction-free and allow our team to not even think twice about advancing their career and showing up for work.

Really positive. Again, this is something that has never been offered before. Vivvi will keep this model as they go forward. They similarly believe that this is a national issue, not just a SoHo, one-restaurant problem that they’re trying to solve.

Hospitality is among the top 3–5 employers in the entire country. When you think about that level of scale—how many people fall into that bucket that the current traditional childcare model does not fit—it’s a pretty big opportunity. This is a much more important benefit to be giving teams than a lot of the perks that companies are looking at giving. It’s so much more critical.

9110 Forest Crossing
The Woodlands
TX
800-789-7655
Since 1989, AllianceHCM has worked with the unique needs of thousands of restaurant (more)
Design