Denizen, a swanky wine bar and eatery in Williamsburg, Brooklyn, pays close attention to its Yelp and TripAdvisor reviews.

Yelp and TripAdvisor: Friend or Foe?

Are online reviews really good for restaurants? It depends where you look.
November 2017 Gary M. Stern

For many restaurateurs and general managers, reading Yelp and TripAdvisor reviews has become a daily routine, like drinking coffee.

Take Liam Seide, owner and general manager of Denizen, a swanky wine bar and eatery in Williamsburg, Brooklyn. He begins his day by scrutinizing Yelp and TripAdvisor reviews. “I can’t help myself but look at it every day,” he says. He wants to stay current with Denizen’s online presence and tuned in to what customers are feeling.

Nowadays, most restaurateurs—independents, multi-owners or chains—consider these online reviews must-reads to track consumer preferences or respond quickly if their reputation is sullied. Given the prominence and ubiquity of online reviews, owners who can turn consumer complaints into crowd-pleasing changes can improve their bottom lines and enhance their business.

Those who pay no attention to them may suffer the consequences: a drop in business and a dip in revenue.

Yet Seide noted that feedback from Yelp and TripAdvisor “hasn’t changed our mission or modified our menu, or changed our philosophy of service. It’s primarily been a reinforcement of what we’re doing and enables us to stay in touch.” 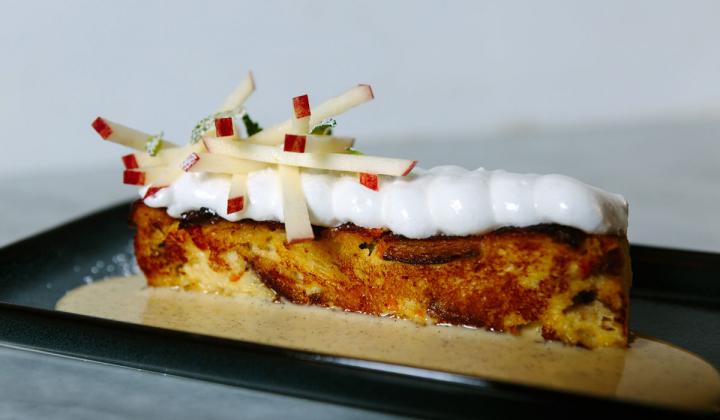 One of the issues with online reviews, as Denizen has found out, is that they are, at times, off base and just inaccurate.

Denizen generates a slew of reviews on Yelp, about 60 since it opened in December 2016, but only four from TripAdvisor. TripAdvisor, he suggests, appeals more to tourists, and while Williamsburg attracts them, they’re a small segment of his clientele. Despite its reputation as a hotel and vacation site, Heather Leisman, the Needham, Massachusetts-based vice president of industry and marketing at TripAdvisor, says it “has more restaurant reviews than Yelp and a bigger mobile audience.”

Seide shares specific responses with his staff, both laudatory and critical. When a customer raved about the French onion toast, he notified the chef and cook to recognize their efforts. If some feedback crops up about the service or back of the house, he’ll share it with the staff to see if they can respond to it.

When another consumer on Yelp complained to the site about a “snarky, sarcastic” comment about Denizen, Yelp deleted the review, Seide notes. Seide says the review called it “hipster and pretentious, which was unfair and untrue,” he says.

Indeed Seide feels the online commentary is, at times, off base and inaccurate. When reviewers described some dishes as too small, like his 4-ounce $15 pork belly, he thinks that the customer doesn’t understand its mission. It’s offering small, tasty, well-prepared dishes, not huge pasta dishes like an old-fashioned pasta joint. 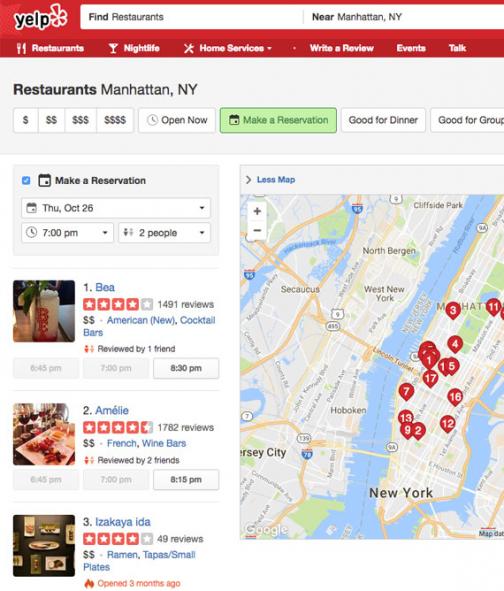 He quotes mentor Danny Meyer who once said: “The customer isn’t always right, but the customer always needs to be heard.”

He’d prefer customers speak to him face-to-face about their feedback, and then he could do something about it directly, not anonymously, and turn a negative into a positive if need be.

Burt Flickinger, president of Strategic Resource Group, a New York-based retail consulting firm, says that online sites have exerted a “transformational effect, particularly for independent-owned restaurants. It puts a single-owned restaurant and a national chain on a level-play field, particularly those that invest in quality and doesn’t offer high prices.” People know what to expect from Olive Garden but will search out an innovative local eatery online.

Flickinger advises restaurant owners to assign a staffer to monitor online reviews daily to keep pace with them. “Look for opportunities, what they can do to improve, and also what competitors are up to,” he says. See what customers want when they write their online reviews and deliver it, he says. Since most diners won’t speak up in the restaurant, but will online, these are opportunities to exploit.

Flickinger consulted for a restaurant in Ithaca, New York, whose owner read the Yelp reviews diligently and spotted some feedback about the lack of desserts. It expanded their dessert offerings, emphasized local pies, and spiked dessert sales.

Emily Washcovick, Yelp’s manager of Local Business Outreach, based in San Francisco, says that restaurateurs view it as “an opportunity to identify trends and have eyes and ears everywhere that you can’t physically be.” To get more engaged with Yelp, she implored owners to take advantage of its free features including displaying options for carryout, delivery and reservations that help spike business.

It also offers free options such as business analytics, which enable owners to see Yelp listings over the last two months and see how many consumers have taken action. It also features Yelp Reservations, No Wait, and Yelp Wifi that help “run floor management, accept reservations directly through Yelp, and host virtual waitlist or manage consumer loyalty programs,“ Washcovick says.

Asked about the perception of many restaurateurs that Yelp reviews are extremely subjective, idiosyncratic, and sometimes surly, Washcovick said that 80 percent of all reviews are laudatory and the site has more 5-star rated reviews than 1, 2 and 3-star reviews combined.

Washcovick emphasizes that these reviews impact business. “We know in today’s society consumers trust online review as much as personal recommendations,” she says. As of the second quarter 2017, Yelp had generated 135 million reviews and averages 102 million unique monthly visitors on mobile and 83 million on desktop.

Though many restaurateurs grumble about fictitious reviews written by overzealous publicist and competitors, Washcovick says Yelp’s Review Recommendations Software studies a user’s profile and where reviews originate to eliminate the fabricated ones.

Washcovick underscores that Yelp’s strengths revolve around reviews from local eateries. “We’re a local driven site and have community managers who work in every major market,” she says.

Because of its breath and scope, TripAdvisor, which attracts a whopping 415 million unique users monthly and reviews 4.5 million restaurants globally, serves as a “massive, powerful marketing channel for their business,” says Heather Leisman, its vice president of industry and marketing.

"It puts a single-owned restaurant and a national chain on a level-play field, particularly those that invest in quality and doesn’t offer high prices.” — Burt Flickinger, president of Strategic Resource Group.

But Leisman stresses that restaurateurs need to become actively engaged with the site to maximize its effect. Registering on the site as an owner, which is free, is the first step and that entails verifying the hours, uploading photos and menus, and making sure the info is all timely and accurate.

“Not only do we have traffic. We have intensive customers, looking for a place to eat,” Leisman says.

Though restaurateurs mention irascible comments, Leisman note that the average TripAdvisor score is 4.1 of 5, and “there are always going to be some rotten eggs,” Leisman says.

TripAdvisor has 300 content specialists who weed out the fraudulent comments to ensure accuracy. They identify “anomalies, see patterns and something doesn’t smell right” eliminates it, she says. It also has contributed to shutting down the 300 sites that falsify reviews as their business.

Owners who look for trends in comments can reap rewards. For example, one coffee shop owner in New Yorker noted several comments about its less than pristine bathrooms. He renovated it, read reviews on the site about the spanking new bathroom, and noticed a spike in customers.

Owners can also pay for TripAdvisor Ads that “put their business front-and-center in relevant site placements,” Leisman says. It attracts diners looking for restaurants in their area, price point or style to more readily see their ads.

As consumers gravitate increasingly to buying prepared food at home, paying more attention to consumer feedback on review sties is imperative, urges consultant Flickinger. “People still want good dining experiences, at a fair price with good quality and Yelp and TripAdvisor are increasingly used as key measurement and guide points on choosing where to dine,” he says.