How to Get Diners Excited About Sustainable Seafood

Chefs and operators use different methods to educate guests about where their seafood truly comes from.
September 2017 Amanda Baltazar

Restaurant-goers are inundated with information, from the farm their vegetables came from to the way their beef was raised. But the most difficult thing to provide details about is seafood.

“One of the most challenging places on the menu to feel you have transparency is seafood. It changes hands so frequently and there’s not a lot of transparencey because of the nature of the product,” says Andrea Reusing, chef-owner of Lantern in Chapel Hill, North Carolina.

Reusing focuses on unused, or “trash fish”—the fish we don’t see very often— and fin fish that are low on the food chain, which reproduce and grow quickly like sea trout and Spanish mackerel.

Since it’s important to source seafood responsibly, Reusing always asks for the catch method and the fish’s Latin name. The latter, she says, tells her exactly what species a fish is, which is helpful since there are so many species. “You also need to know exactly where a fish is caught because it can have different names depending on where it’s caught.”

This way, every server knows everything about all seafood the restaurant serves, Reusing says. They understand the restaurant’s philosophy and can discuss it, as well as what they serve and why. “They talk about it as a matter of course,” she explains. “They start early in the story and tell guests all about the fish. Tying the environmental story and the sustainability to flavor is helpful.”

She prefers this method over putting information on the menu. “People tune out of the menu because menus are so long these days. Direct engagement with a human is better and the preachy part is a real balancing act—not everybody wants to know, so our servers assess each table as they go along.”

Bastille Café & Bar in Seattle also uses its servers to educate diners about its sustainable seafood—but only if they ask.

“Most guests are savvy enough to understand and it’s a lot of information to get to the diner and we’re careful about what we share with them,” says Chef Jason Stoneburner. “But people are interested and ask questions and we train our servers to provide information. We have an overall statement. You don’t want to seem pretentious and don’t want to push these ideas on diners.”

What’s more important than the education is operating sustainably and Bastille tries to do that every which way it can. The restaurant grows its own vegetables in 25 tons of soil on its roof and has close relationships with local farmers and organic producers—“people who practice good stewardship toward the land,” Stoneburner says. 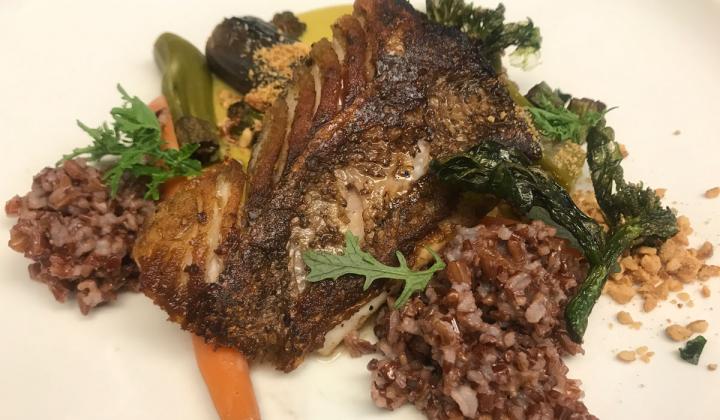 At Big Jones in Chicago, executive chef/co-owner Paul Fehribach is a believer in letting the menu tell the story.

“We try to communicate about our sourcing with descriptions on the menus. It’s very important to tell the story for people who want to know. It’s also very engaging to share a story with a dish. We mention on the menu the origin of our fish.” At the same time, he keeps his servers informed with information when they are new hires and every day at the preshift meeting so they can share it with customers verbally, too.

But that’s not enough for Fehribach, who is on the board of Chefs Collaborative, a group that, he says, “is working to improve our food system—to make our food more environmentally healthy and more nutritive.” He shares information from that group and other information (such as research and news articles) he comes across through the restaurant’s closed Facebook page and its weekly newsletter.

Fehribach is passionate about what he does, only sourcing from sustainable fisheries and companies, including Gulf Wild, which offers traceability down to the boat, its captain, and the GPS location where the fish is caught.

“It’s a labor of love tied to a place, and we—as chefs, foodies, authors—need to show our support and implement change in our own ways,” he says. 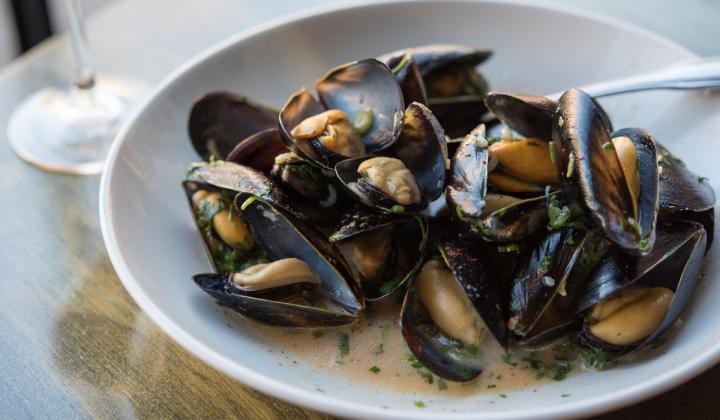 Bastille Café & Bar uses its servers to educate diners about its sustainable seafood.

Bastille Café & Bar has been part of the James Beard Smart Catch initiative, which launched nationwide in June and has been in pilot since 2015.

Even though Chef Stoneburner knows his food, he says the program has been educational, and its monitoring is really useful. “You might find something is not as sustainable as you think and that little things you don’t think matter, do, like anchovies—it does matter where they come from.”

He has made some changes, such as sourcing octopus from a bi-catch as opposed to a trapped source, since he became part of Smart Catch though admits it was more about confirmation.

Smart Catch is all about data, says Katherine Miller, senior director, food policy advocacy with the James Beard Foundation. When a restaurant signs up with the program, the chef or purchasing manager enters three months’ of seafood data—the type, the origin, the catch method and the volume.

Then that data is compared with three sets of leading data—Monterey Bay, NOAH, and the Vancouver Ocean Wise program. “With all those data we can give a more robust picture of a restaurant’s sustainability, especially in categories that aren’t universally green,” Miller says.

Once a restaurant’s been assessed, the chef then meets with a sustainable consultant who can help with changes he or she could make. “There’s a lot of room for education, for helping chefs understand what’s available to them and how to inform their guests,” Miller says.