“At this point in my career, I’m not ordering food or arranging schedules. It’s more about creating an environment with the best talent, developing that talent and making sure I’m there as often as possible,” says Tony Mantuano.

Tony Mantuano has become a household name in Chicago. Recognized as the celebrated chef-owner of Spiaggia, the critically acclaimed Italian restaurant celebrating 35 years on Michigan Avenue. The restaurant has been nominated for Outstanding Restaurant in America five times by the James Beard Foundation and holds one Michelin Star, with guide inspectors noting, “History isn't just on offer, it's celebrated here.” Among dozens of other accolades, Mantuano was awarded Best Chef: Midwest by the James Beard Foundation in 2005 and crowned Season 2 champion of “Top Chef Masters.” Just this week, he opened Maddon’s Post with Chicago Cubs manager Joe Maddon, and the culinary world can’t wait to see what’s next.

Mantuano was inspired to become a restaurateur from a very young age. “Growing up in an Italian family, my grandparents had an Italian grocery store, and going to their house, my grandmother was always cooking,” says Mantuano, who grew up in an Italian-American neighborhood in Kenosha, Wisconsin. “Food was all around; my grandfather was a butcher and had his own garden.” Mantuano says that even though he started out as a music major, when he began working in restaurants, he quickly discovered that he preferred restaurant work to playing the Trombone. 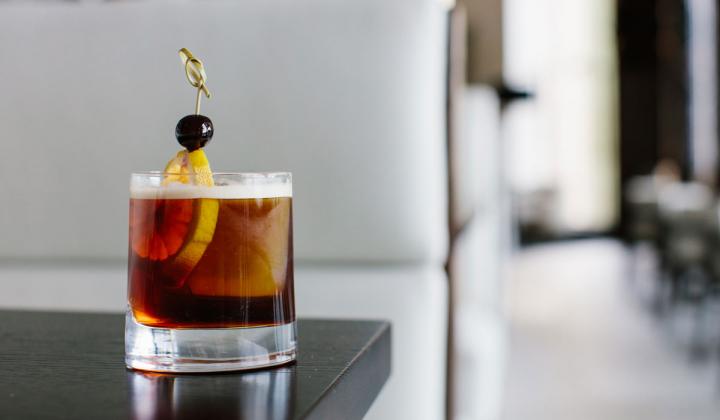 Spiaggia's Rachael Lowe was named a 2016 Food & Wine Sommelier of the Year.

Before opening Spiaggia, on the advice of Larry Levy of Levy Restaurants, their prospective partner at the time, Mantuano and his wife, Cathy, traveled to Italy for a year to advance their knowledge of Italian cooking. It was a decision rarely made in the 1980s, Mantuano says, with most restaurants recruiting Italian chefs to America, not sending chefs from America to Italy. “We worked in some of the most incredible restaurants, like Dal Pescatore, which has three Michelin Stars and has three generations working there,” he says. “That was so influential into how Spiaggia came about, because there was this elegance in Italian cooking and there wasn’t a whole lot of that in the States at the time. In Italy, the food was inspired by the region, and they were cooking dishes they had been making for hundreds of years.”

Inspired by their time in Italy, Spiaggia opened in 1984, but with a menu that confused most Americans. “They said, ‘This isn’t Italian; you’re never going to make it without a meatball on your menu,’” Mantuano says. “There was a lot of explaining and storytelling about the menu in the beginning. Then people started traveling a lot more and now I get comments like, ‘I feel like I’m in Italy.’”

Those good feelings and comments have given rise to awards, accolades, and competitive wins for Spiaggia and its staff over the years, including, most recently, Spiaggia’s executive chef, Joe Flamm, winning “Top Chef” Season 15, and sommelier Rachael Lowe being named a 2016 Food & Wine Sommelier of the Year. Both were FSR Rising Stars in 2018. The accolades don’t happen by chance, though. Mantuano says he never takes anything for granted. “Part of Italian hospitality is realizing that every guest is important,” Mantuano says. “There’s a gene that a lot of Italians have in common; it’s built in that you want to make people comfortable. It’s our job to smile, welcome them, and let them know we appreciate that they chose to join us.” 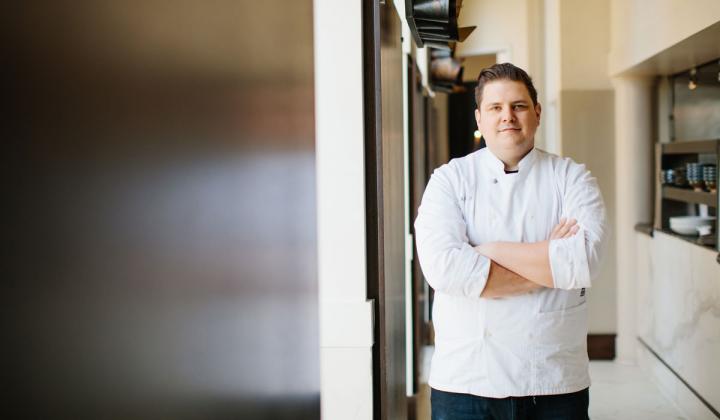 A dedication to staff mentoring

What’s also built in is Mantuano’s passion for mentoring. “I love to mentor, and we have a track record of producing some great talent,” Mantuano says. “At this point in my career, I’m not ordering food or arranging schedules. It’s more about creating an environment with the best talent, developing that talent and making sure I’m there as often as possible.”

Mantuano’s dedication to teaching his staff shows in past and present team members. “We have a culture of collaboration with young talent, from Joe Flamm to Sarah Grueneberg to Missy Robbins; these people get a chance to spread their wings once they understand how I think, the culture of the restaurant, what people want and the Spiaggia way, and we encourage that,” Mantuano says. “People feel like you appreciate them, and they have a voice.”

Mantuano also has a knack for getting his staff excited about what’s happening in the restaurant. Instead of having servers fold napkins or stand around waiting for the doors to open, Spiaggia holds pre-shift meetings with its employees. “Before every service, the chef, manager, sommelier on duty and the entire service staff stand in a circle and have a discussion about what to expect for the night,” Mantuano says. “We want to set people up for success, so we talk about the evening, taste any new dishes or new wines, and that’s all we do at that time; no texting or folding napkins. They’re there to find out how to be successful for themselves and the restaurant.”

Part of being successful for themselves often means being recruited or promoted to another one of Mantuano’s restaurants, which include Café Spiaggia, River Roast, Terzo Piano, or the newly opened Maddon’s Post. “You show people they have an opportunity to grow and move on and do new things if they excel,” Mantuano says. “It creates an environment where people know they’re learning something, and it’s not just punching in to work every day.” 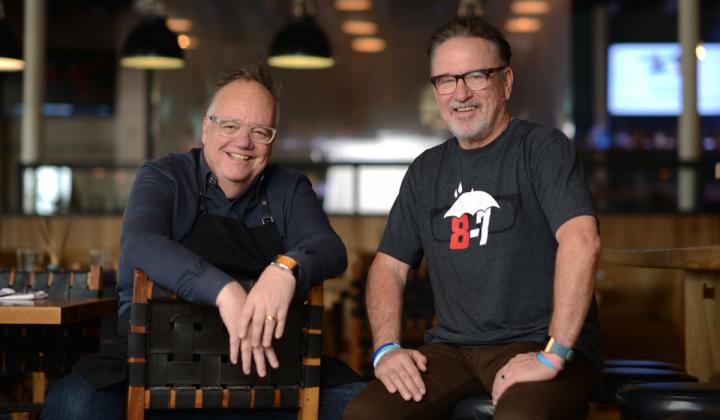 The idea for Maddon’s Post evolved over conversations Mantuano had with Chicago Cubs manager Joe Maddon and Joe’s wife when they visited Spiaggia, Mantuano says. “Joe and I get along so well because we come from similar backgrounds, we’re a similar age and we both love what we do,” he says. The idea was born out of wanting to honor the first generation of Italian immigrants. “My grandparents and Joe’s both immigrated from Italy,” Mantuano says. “We’re trying to connect with that honest, first generation Italian cooking, and some of it is Polish, because Joe had Polish aunts.”

Mantuano says that Maddon’s Post is mostly Italian, with a peppering of signature Polish items. “I think the Polish has been played up a lot more than it actually is,” Mantuano says. “Maddon’s Post is an Italian restaurant; it’s about the wood-burning oven and wood-burning grill. We’ll have incredible pizzas and pastas, which is what I’m most excited about.” Mantuano says that Maddon’s Post is not a sports bar, but its location right next to the left field gate at Wrigley Field makes it an ideal spot for casual Italian food with a great wine list. “Joe’s soul is in this restaurant,” Mantuano adds. “When he tells you about a dish he grew up with, you want it.” 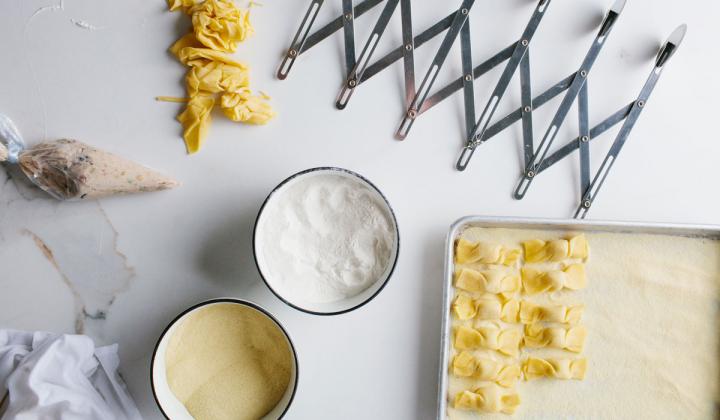 To be a great Italian chef you don’t have to be Italian, says Tony Mantuano.

While this latest restaurant partnership is another nod to Mantuano’s culinary legacy, he’s quick to note that he strives, first and foremost, for a life that is balanced. For Mantuano, it’s not about working around the clock. “Balance is something that isn’t taught enough in this industry,” he says. “I’m lucky enough to be married for 36 years and have a beautiful family. We try to tell people to take two days off a week and spend time with people you love.”

Part of that time off for Mantuano includes regular trips to Italy with his wife Cathy. “We both have dual Italian citizenship and have been looking at property where we can go and possibly teach people Italian culture and food while also growing things like olives,” Mantuano says.

In the nearly four decades that Mantuano has spent in the industry, he’s happy to see doors open for so many who want to be a part of it. “I think one of the best things that’s happened to the industry is that there are opportunities for everyone to be successful,” Mantuano says. “It’s so much more inclusive these days, and I think it’s about time.”

Mantuano encourages new operators or those who may be struggling to ask themselves, “Am I making people feel welcome, and am I cooking food that diners feel someone really cared about? Am I tasting the food that I send out?”

To be a great Italian chef you don’t have to be Italian, Mantuano says, but, he adds, “You have to love what you do, and what you cook has to come from your soul, because the guests will be able to tell the difference.”