Sophia's uses lighting to set the mood throughout the night.

The night began, as so many dinners do, with a 7 p.m. reservation. Entrées were ordered. Bottles of wine uncorked. The table sipped on after-dinner cocktails and basked in the setting. Only at Sophia’s, an Austin, Texas, restaurant open since August, this string of events is often just the beginning.

On that particular night, co-owner James Brown approached the table and gently suggested they move to the lounge. One of the guests smoked and they headed out to the terrace. They then joined a group of friends at another table, ordering champagne to finish the night. “It was a five-hour ordeal,” Brown says. “We joke about it. That’s certainly not a typical experience, but at Sophia’s, it’s definitely a possibility.”

Sophia’s, a concept from BDG Hospitality, calls itself a “sexy and modern take on a classic Italian-American supper club.” Those last two words, Brown explains, can trip up consumers and operators in today’s industry. Basically, what does the label “supper club” even mean anymore?

“It is a little bit confusing and convoluted, isn’t it?” he says.

Brown’s approach for Sophia’s is anything but. BDG Hospitality has a strong background in nightlife, and the team set out to create a restaurant that serves a purpose from 5 p.m. to 2 a.m. The key being that the purpose adjusts throughout the night.

At a scheduled time, the lights dim. Later on, they dim even further and the candles are extinguished. Suddenly, a disc jockey pops out and music increases in volume. Settings are cleared from tables and many guests start migrating to the bar. 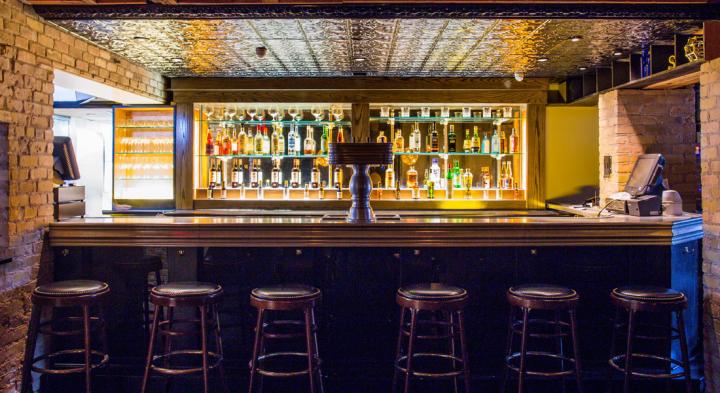 When guests are done with dinner they can migrate to the bar. Or they can order dinner at the bar and stay awhile.

However, during all of these changes, one detail remains the same: a guest can order a full-course meal whether its midnight or mid-afternoon. “What we’re kind of harkening back to is how it used to be, in the middle of the 20th century,” Brown says. “Back then, you could have a good dinner in a more lively environment, with some entertainment and music involved.”

Austin is an evolving city, Brown says. The demographic looking to eat after dark has expanded significantly, and there’s a booming audience for what Sophia’s has to offer.

“It’s growing, with people moving in from around the world, certainly, and from larger markets such as New York, LA, and Chicago,” he says. “We felt that there was an opportunity to do something a little bit different.”

Not everybody has been receptive to the idea. Brown notes, especially early on, that offering a 10:30 p.m. slot to perspective guests left some feeling like “we were insulting their child by saying such a thing.”

The Sophia’s team figured there would be a barrier early on, where Austin diners had to learn about the new restaurant, and vice versa. But at the end of the day, Brown understands it will appeal to some and drive away others, which he doesn’t mind. Having a focused, engaged base is sometimes better than having a large and unappreciative one.

“It’s been a process. While we certainly hope that everyone enjoys what we do, we certainly understand that it might not be for everyone,” he says, adding that the amount of people calling for late-night reservations has increased exponentially. 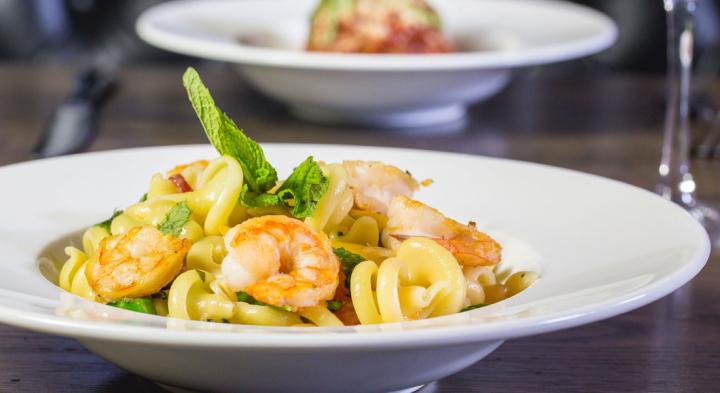 The nature of Sophia’s has made it difficult for Brown to accurately judge covers, since so many guests eat at the bar and on the terrace, but he guesses it’s around 240 nightly just in the 80-seat dining area. Check average hovers in the low $60s, and a large portion of sales funnel through high-priced wine—a benefit of the sit-and-stay-awhile dynamic. Unlike a nightclub, where markups are through the ceiling, Brown says he’s content with the estimated 400-label list serving as a lure.

“If people come in regularly and are looking for a bottle that cost us, say $300, and it’s not even marked up that much but they’re able to enjoy it and appreciate they can get something here they can’t get elsewhere, I’m OK with that,” he says.

As the earlier example illustrates, table turns can be an issue. It’s a good problem to have; yet it’s one that has to be strategically approached nonetheless. The restaurant prepared for this dilemma by creating different zones throughout the space to engage guests of all interests. The timed-triggered transformations throughout the night help as well, as they encourage diners to get up and move around without fear of missing out. 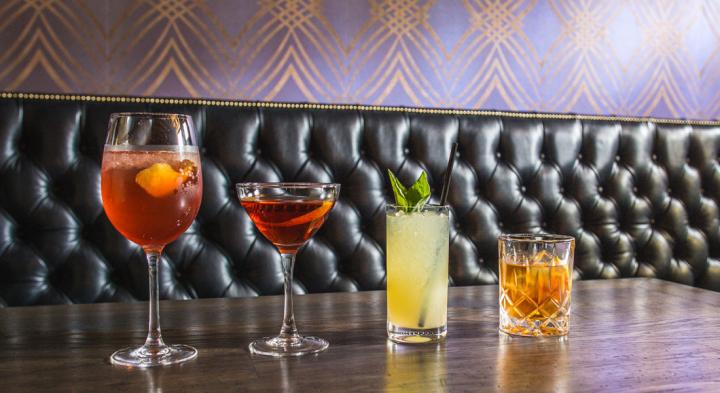 “People’s drinking habits change later in the night. Some of our cocktails are real playful,” co-owner James Brown says.

As for the fare, Brown believes a true supper club should be able to satisfy a myriad of dining demands. They offer some tableside service, and at a certain point of the night, a beverage cart loaded with sparkling wines brings drinks to tables. “We also are very much fans of finishing a meal with a little shot of limoncello,” he adds.

“People’s drinking habits change later in the night. Some of our cocktails are real playful,” Brown continues. “We try to play into having a great Prosecco program. Bubbles make everything better, right? The later you get, people get happy when they’re drinking that.”

Chef Mark Sparacino, whose culinary heritage can be traced to his Sicilian father, clocked time at Chicago’s Avanzare and showcases those Italian roots in his cuisine. The pasta is homemade, many of the plates are sharable, and the wine, cocktails, and house-made liqueurs all pay ode to the region.

“We want to continue to focus on quality,” Brown says. “Continue to let people know that we’re out there and get into a good routine where we’re continuing to push ourselves and further establish what we’re trying to do there.”