Planning for the biggest events of the year can be key to unlocking your concept's potential.

As chefs spend more time communicating with farms and farmers—and as they offer more seasonal fare to their customers—planning menus for different events, holidays, and seasons throughout the year takes on new importance. And for many chefs, that requires planning a year’s worth of menus far in advance in order to prepare around each season’s harvest.

After all, incorporating produce that’s harvested in season or was preserved in season is helping full-service restaurants up their game and appeal to customers.

“We talk to farmers at least twice a week because things change daily,” says Matthew O’Neill, culinary director of Craveable Hospitality Group in New York City, which has 14 concepts with 18 total locations. “It requires a little more effort, but it’s worth it and it comes out better on the plate.”

O’Neill works about six months out with farmers to create a planting schedule, thinking about which events he has coming up. In October, for example, he’ll plan what he’d like the farms to plant in March.

It works the other way around, too, with the farmers telling O’Neill what they have growing so he can decide what to menu. This way he also makes discoveries, he says, since the farmers may be planting things he’s never heard of before. However, the bulk of the produce comes to him on request. The farmers keep him apprised through the seasons, including when they cellar fruits and vegetables in the fall, so he can think about how he and his executive chefs will use those items for event planning.

Amber Lancaster is the executive chef at Sable Kitchen & Bar in Chicago, and she also works closely with farms and farmers to create her seasonal menus ahead of time. However, she acknowledges that it gets more challenging in the fall and winter, so she switches to sourcing more proteins and dairy than vegetables.

Lancaster also preserves as much of the summer bounty as she can to prepare for colder seasons, making jams and pickles and even ordering whatever the farms have in excess to get it cheaply and put it to good use for later seasonal dining. Last fall, for example, she made a lot of cranberry jam.

For Milton’s Cuisine and Cocktails in Milton, Georgia, it’s a little different, since the restaurant has its own garden. Seasonal events are planned in advance around what is planted in Milton’s Acre. Twice a year, executive chef Derek Dollar plans for the upcoming six months.

“I start in February for spring/summer, and then I start planning again in early August, picking what I’d like and getting it into the ground by September 1,” he says.

Dollar oversees the garden and has a full-time worker who tends the grounds. He charts menus two ways: planning seasonal menus as much as a year out and planting some produce specifically for them, but also tinkering with unusual items like dragon’s tongue beans and fairy tale eggplants and then figuring out how to use them in real time.

For those chefs looking to leverage seasonal ingredients while also being prepared for what the calendar has in store, there are some other important considerations. 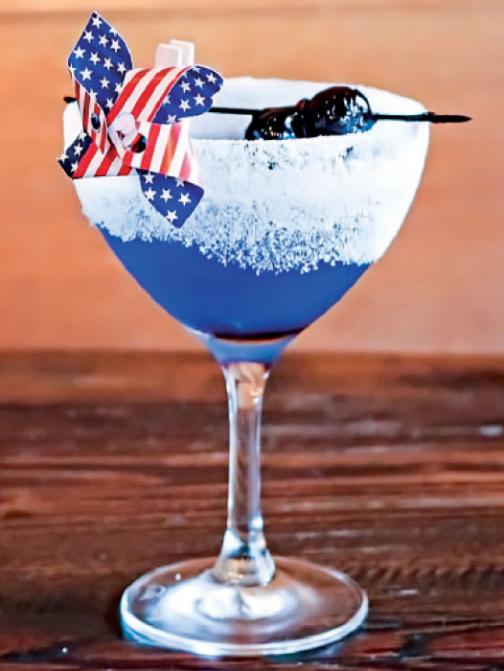 A look at which foods are best sellers on various holidays throughout the year.

As culinary director of Craveable Hospitality Group, O’Neill likes to give the chefs at the company’s 18 locations creative freedom. He asks them to develop their own menus for seasonal events, reads the menus, ensures they’re on brand, and then sits down one-on-one with each chef.

He asks each chef to take seasonality into account, as well as their sales from the previous year and what worked—for example, whether a prix-fixe strategy was successful. “Sometimes it’s just status quo,” he says. “It’s worked in the past, so let’s do it again.” He adds that he asks chefs to tweak menus rather than overhaul them.

Dollar does the same thing, preferring not to try new ideas on big business days. When he can, he’ll run prospective new dishes as specials first “to get guest and employee feedback—and of course from the kitchen, too.” Sometimes, though, he doesn’t have time to get creative with the menu, so he’ll take something he’s already run and simply make a few changes to the dish.

It’s important to plan at least three months in advance for seasonal events, O’Neill says, so the restaurant can get the word out, advertise the menus, and take bookings. “When people are planning holiday parties or where to eat on Valentine’s Day, for example, you want to be ahead of them and be the first one in their minds,” he says.

The timing is similar at Milton’s. For specific events, Dollar homes in on details like menus and price points about three months in advance and likes to get advertising materials out at least one month before events and holidays. “Otherwise people already have other plans,” he says.

Michael Toscano, chef and owner of Le Farfalle Osteria in Charleston, South Carolina, says he’ll practice dishes in advance if possible, but at the very least, he and his staff make the dish together on the day of an event, then taste and critique it together.

Craveable Hospitality Group finds that technology helps make seasonal planning easier; the group uses the platform VenueBook for group scheduling, which gives O’Neill a snapshot of all the events going on at his restaurants. And when it comes to planning an event, it helps with ordering, as he can see exactly what sold at each event the year prior.

At every event shift, he says, each manager takes extensive notes in Avero software, noting what sold, any comments made, whether the event was under- or over-staffed, and other details.

Derek Dollar uses Eventbrite for numbers on prior seasonal events, but prefers to get feedback directly from guests the day of a meal, which he can then use the following year for planning. Sometimes, he says, “we go to the valet; customers usually tell the truth to him even if they don’t say so at the table.” He says they also pay a lot of attention to how much food is on plates coming back to the kitchen.

Smith & Wollensky uses the data it has gathered over the years through Micros and its POS system to plan for seasonal events. “We look at that and add another 15–20 percent to it,” says Matt King, corporate executive chef and national director of culinary development. “You never want to run out of your prix-fixe, especially on Thanksgiving, because people have an expectation of what they’re going out for.”

And if there’s food left over, the restaurants simply feed it to the staff, which King says “is much better than running out.”

Le Farfalle’s Toscano prefers old-school technology when planning his seasonal menus. He keeps extensive notes—all on paper—and compares to the prior year “for pricing and what worked, what didn’t, and what could have been better.”

Olivier Senoussaoui, executive chef at Precinct Kitchen+Bar in the Loews Boston Hotel, is also old-school when it comes to planning, preferring to talk directly to guests during and after an event and recording their feedback in writing. He uses social media, too, to read what people are saying about the meal and what photos they’re posting, which is typically a good indication of what they like and what he can run another year.

When it comes to how to present seasonal-event menus, chefs have different ideas about what works and how to plan for those menus.

Dollar prefers to run prix-fixe menus for holidays and other seasonal events as much as possible to make the menu executable and to move customers through the restaurant. It also helps pace the meals, he says, “as cooks can make the same dishes over and over, and it makes purchasing easier since we’re serving less variety [and] more quantity.”

The only downside, he says, is there is always a small minority who complain about prix-fixe meals. But it’s usually a tiny minority.

Sable Kitchen’s Lancaster is also a prix-fixe fan, as it “helps control and regulate consistency in the kitchen,” she says. “If you leave too much up to the guest, there can be a lot of variables on the production side.” On the downside, if something on a prix-fixe menu is over-ordered, she says she may be left with an excess of it.

“We’ll do more exciting specials [and] focus on our steaks for two, because people are more likely to splurge,” King says. “We are successful by offering our guests options.”

Prix-fixe is a must for Thanksgiving, he says, because people have a specific meal they are looking for. The company also offers its full menu on top of the prix-fixe option, though 75 percent of guests opt for the latter. “We want to be able to accommodate people but also keep everyone happy,” he says. “We can take more reservations because of the pre-fixe, because we prepare a lot ahead.”

King adds that Smith & Wollensky’s prix-fixe menus are preferably ready four to six weeks ahead of each seasonal event so customers have time to look at them and decide if that’s what they want.

“Eating should be a celebration and about sharing. You get more tastes, you get to pass around food, and it’s like being at home,” he says. Menus are limited for events, however.

For New Year’s Eve 2015, Le Farfalle ran prix-fixe menus with multiple options, but it was too hectic for the kitchen, Toscano says. Last year, he offered family-style food “to make it more festive and calmer.”

Prix-fixe menus mostly haven’t been working for Valentine’s Day at Precinct Kitchen+Bar, Senoussaoui says, because “millennials don’t want to spend that much money.”

He continues to offer prix-fixe menus for Mother’s Day, New Year’s Eve, and Thanksgiving, but even then they’re done with some nuance; the appetizer and dessert are served buffet-style, and entrées are a la carte. This keeps costs down, Senoussaoui says, both through reduced labor and less waste since everything’s plated in reasonable portions.

For Le Farfalle’s Toscano, most planning takes place in his own head, he says. “This part of cooking is my favorite: creating the menu and getting inspiration. I cook with a lot of nostalgic memories of eating, so I incorporate those into meals. My servers can give the stories behind those dishes to our guests, which should make it a more personal experience.”

Sable’s Lancaster looks at her cookbook collection for inspiration and has a lot of chef friends with restaurants where she finds ideas, too. “It’s work without work,” she says.

Senoussaoui tries out new dishes at home to get his family’s feedback, then has the line chefs and sous chefs try them. Craveable’s O’Neill simply looks back at what the company has run in the past and tries to perfect it or tweak it for new events.

“I try and make it better every year,” he says, “but sometimes it just works as it is.”