How the Gig Economy Can Help Restaurants

Using partners to contract workers can remove much of the burden of employee management from restaurant leaders.
December 2017 Scott Absher

The restaurant industry has long embraced technology, from relying on POS systems and restocking platforms to leveraging Yelp reviews and social media. Now it is beginning to capitalize on the rise of the gig economy, but not without some challenges.

When the gig economy is applied to the food services industry, it has the potential to revolutionize how operators hire and manage their workforce and how individuals search for employment, especially as millennials increasingly search for flexible, part-time work.

According to the National Restaurant Association, the restaurant industry has a notably higher percentage of part-time workers than the broader workforce, making the gig economy a natural counterpart, freeing owners and operators from the burden of not just hiring and managing, but from the time consuming administrative aspects required when dealing with full-time employees.

However, as with any emerging trend, challenges exist, and it is critical for restaurant operators to address these challenges head on if they wish to maximize the gig economy’s many benefits. The main areas that present challenges, and thus opportunities, include the misclassification of workers, worker satisfaction and loyalty, and compliance in an evolving regulatory landscape.

Recent headlines suggest speed bumps for the gig economy—companies such as Uber and Grubhub are embroiled in claims and lawsuits, resulting in speculation that the gig economy’s rise is at the expense of the worker.

One of the most significant challenges faced by these premier champions of the gig economy relates to the alleged misclassification of workers as independent contractors, rather than employees. By classifying workers as contractors, companies effectively strip the worker of any benefits, insurance, or sick leave, and they sidestep issues associated with minimum wage and overtime compensation. Workers also lose the anti-discrimination benefits typically afforded to employees.

Of course, some of the performers in the gig economy are properly classified as independent contractors and prefer it as such. For instance, a freelance software developer who executes tasks for a number of businesses, using his or her own equipment, working on his or her own time, performing work without supervision, but with client collaboration, and is paid by the project or segment of project, fits neatly into the independent contractor category.

However, when looking at a collaborative, team-driven industry, employees are the heartbeat of the business and deserve benefits and employer protection. It’s imperative for restaurant operators to partner with gig economy companies that embrace employer status. By doing so, not only will they distance themselves from risk of similar lawsuits, but they ensure workers are happy, well-paid, and incentivized to perform at their best.

Keeping the workforce motivated is crucial to the customer experience. The traditional gig economy comes with plenty of perks for workers; however, the lack of access to benefits, workplace and safety protections, Social Security, freedom from discrimination, and sick leave, cause hesitation among many would-be participants.

When operators allow workers to have both the flexibility and independence of the gig economy with access to benefits and employer protection, it’s a win-win for workers and operators. Critics who say the gig economy won’t succeed because it doesn’t put workers first are only analyzing the contractor model. Finding a gig economy partner who embraces employer status is key for a variety of reasons, but most importantly it provides the support workers need, driving success and loyalty.

Under the ACA, if a company in the restaurant, hospitality, or maintenance industry has 50 or more full-time equivalent employees, that company must offer benefits to those employees. In order to minimize additional expenditures, many companies have chosen to reduce employee work hours.

Determining the compliance requirements for companies in the above sectors, which employ many part-time workers, is very challenging. Failure to offer coverage, if required under the ACA, can result in significant fines and other penalties. That said, it is possible to alleviate these complicated hurdles by finding a gig economy partner who assumes the employer status, effectively taking on the risks and responsibilities associated with the ACA, thus freeing businesses from the concerns of compliance while enabling workers to enjoy the protections afforded by healthcare benefits.

No matter what ultimately happens with respect to the employer mandate provisions of the ACA, employers still face regulatory issues and overhead costs that present a multi-obstacle compliance landscape. This includes the need to secure applicable workers’ compensation insurance coverage, to effect employment related tax withholdings and filings, and to navigate laws related to hiring, management, and release of employees, including discrimination and sexual harassment, sick pay and time off, wage and overtime, immigration, safety, military leave, family and medical leave, COBRA, and unemployment claims, just to name a few.

At this point, the potential benefits of the gig economy to an operator seem clear—the ability to have reliable, motivated workers, hopefully without the need to worry about employment-related paperwork or the risk of being caught in claims and lawsuits similar to those currently plaguing the likes of Uber and Grubhub.

With Grubhub in mind, let’s take this one step further; there’s another area that benefits greatly from the gig economy: delivery. Grubhub and UberEATS are leading the convergence of gig economy and food delivery, but since they use contractors, they have been caught in the previously mentioned claims and lawsuits surrounding the alleged misclassification of their workers. Another problem presented by contractors is the loss of control. As soon as the food goes out the door, the product is no longer in the hands of trusted employees but has not yet reached the customer. By ensuring the delivery men and women are employed within the gig economy ecosystem, operators avoid the claims associated with misclassification of workers, and they have the confidence their brand standards will be retained throughout the delivery process, affording greater control over the customer experience.

Being liberated from the time it takes to hire and manage employees gives owners and operators significantly more time to focus on what’s really important: growing their businesses, staying profitable, and ensuring their customers have the best possible experience. Having the resources to do this, paired with the confidence they’re hiring the best talent, means only one thing: the gig economy is here to stay. 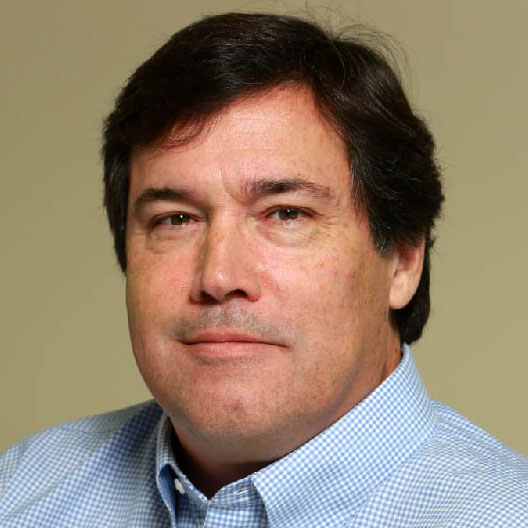 Scott Absher is CEO of ShiftPixy, an app-based gig economy provider that employs workers directly and matches them with restaurant and hospitality operators searching for part-time employees.