"Our restaurant was less than a year old, so we had to overcome this challenge fast," Livanos said.

#ForTheWin is a series about turning bumps in the road into the building blocks of success.
February 2019 Laura D'Alessandro 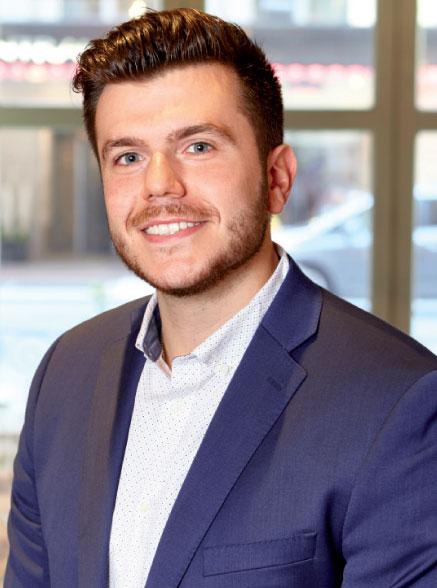 One chilly January day in 2017, the pitter patter of water droplets on the bar inside Ousia set into motion a nine-week rehab, but manager Enrico Livanos was able to keep everyone on staff.

The Tipping Point
What started as droplets on the bar in Ousia in New York City turned to water pouring from the ceiling—a water line had broken. Livanos’ team sprung to action. “We rushed to have a custom, hand-painted mural that adorns one of the interior walls covered with service film,” he says. “By the time we were done we had the mural looking like a chicken cutlet Saran-wrapped and ready to go for the next day.”

No Turning Back
For the first 45 minutes of the leak, Livanos said, the team felt in control. “We had every member of the front and back of house wrapping furniture, assembling lines of broom sticks directing rivers of water to the exits,” he says. “We had the electricity turned off in two minutes to prevent electrical injuries … but the water never stopped.”

Road to Recovery
The Ousia team had to act fast and keep momentum. “Our restaurant was less than a year old, so we had to overcome this challenge fast,” he says. The entire team was maintained during the nine-week closure to repair, and team members dropped in to see the progress. “That was super important to us because the restaurant was really starting to get its ‘mojo’ so we wanted to stay together and open up strong once again.”