Are Your Employment Practices Setting You Up for a Discrimination Claim?

Incorrectly asking for documents during the hiring process can get restaurants in trouble, but here is how you can avoid it.
April 2017 Montserrat Miller

The Department of Justice (DOJ) recently reached a settlement against a pizza restaurant franchisee with 31 locations in Florida for $140,000. Why? To answer that question we need to unpack the onboarding process and focus on the Employment Eligibility Verification form (the “Form I-9” or “I-9”). It is important for leaders within the full-service restaurant industry to understand the employee onboarding process to avoid claims of unlawful discriminatory practices under the Immigration and Nationality Act (INA).

First, the basics—All employers must complete a Form I-9 for any new hire within three business days of hire, regardless of whether a company or franchise has three or 300 employees. The form is issued by the U.S. Citizenship and Immigration Services (USCIS), and its purpose is to document a new hire’s identity and work authorization. Separately, if an employer participates in E-Verify, they must create a case in the electronic employment eligibility verification system through USCIS within three business days of hire. It is a tight timeline, but failure to do so can lead to a substantive violation under the INA. Civil penalties start at $216 per form and may increase to $2,156 per form.

When completing the Form I-9, there are certain rules employers must follow. Most importantly among those is whenever a new employee is hired, he or she must be provided with following documents: the two-page Form I-9, including the Lists of Acceptable Documents, and the Instructions for Form I-9, Employment Eligibility Verification.

The two-page I-9 form, which is supported by the 65-page Handbook for Employers (M-274), the Instructions booklet, and an entire section on USCIS’s website, appears simple but commonly trips up employers. Ensuring compliance is particularly important given that the current administration is prioritizing enforcement of immigration laws in an effort to protect American jobs.

There are two main parts to completing the Form I-9, and it involves both the new hire and the employer. A new hire must complete section 1 of the Form I-9 and may do so either before their first day of hire, if they have been offered employment and accepted the offer, or, on their first day of employment. The employer then must complete section 2 of the Form I-9 within three business days of when the individual begins to work for pay.

As previously mentioned, the DOJ recently reached a settlement related to an investigation into unfair documentary practices against a pizza restaurant franchisee with 31 locations in Florida for $140,000. The allegation was that the chain, Pizzerias, “routinely requested that lawful permanent residents produce a specific document—a Permanent Resident Card—to prove their work authorization, while not requesting a specific document from U.S. citizens.” The DOJ alleged that Pizzerias had a pattern or practice of requesting a List-A document, the permanent resident card, from newly hired lawful permanent residents because of their citizenship status, while not asking the same of U.S. citizens.

This action is not acceptable because a lawful permanent resident, like any other individual who completes the Form I-9, may present any of the documents listed in the Lists of Acceptable Documents as long as it is either a List-A document, such as a permanent resident card or U.S. passport, or a List-B and List-C document, like a driver’s license and unrestricted social security card.

In addition to the civil penalty, Pizzerias must now post notices informing workers about their rights under the INA’s antidiscrimination provision, train their human resources personnel, and be subject to departmental monitoring and reporting requirements.

In summary, here are some general practical tips when completing the Form I-9 to avoid discrimination in the employment eligibility verification and re-verification process. 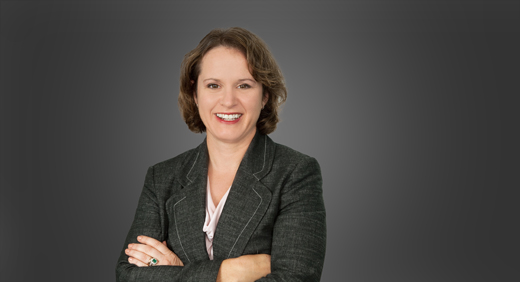 Montserrat Miller is a Partner in the Washington, D.C. office of Arnall Golden Gregory LLP. Ms. Miller counsels and defends companies regarding their hiring practices and compliance with the government’s Form I-9 and E-Verify employment eligibility verification requirements. Her practice includes defending employers in civil and criminal workplace investigations, and conducting immigration-related internal investigations and Form I-9 audits. She served as a member of the American Immigration Lawyers Association’s (AILA) Verification and Worksite Enforcement Liaison Committee. She blogs at Workforce Compliance Insights.