The Sliced filet at Firebirds wood Fired Grill exudes the signature smoky flavor that has helped the 42-unit concept attract a robust following.

Recognized in 2015 by FSR as one of the Top 10 Fastest-Growing Full-Service Chains, Firebirds Wood Fired Grill continues to expand across the country. Founded in 2000 in Charlotte, North Carolina, by restaurateur Dennis Thompson, the 42-unit upscale-polished concept focuses the menu on its namesake wood-fired grill, churning out steaks, chicken, burgers, ribs, seafood, and even vegetable-forward dishes with that signature smoky flavor and slow-cooked appeal. 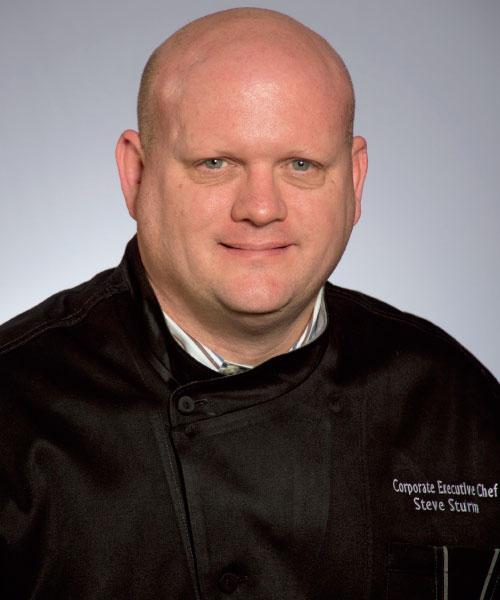 For Steven Sturm, corporate executive chef, achieving quality and consistency is everything. “We start with great people at each location and great managers who are talented, self-actualized, and passionate about executing great food and creating extraordinary experiences,” he says. “We have strong systems and recipes, and we make sure we taste the food twice a day and watch every plate go out.”

Chef Sturm oversees a large collection of chefs, including the head chef and one or two sous chefs at each restaurant location, along with two regional chefs and regional managers who are responsible for between five and six restaurants.

He spends half his time traveling to the different locations, prioritizing his visits based on when a new chef has started or if a location needs more assistance or training. During these visits Sturm also helps reinforce the company’s employee-centric culture by celebrating managers, chefs, and others for their excellent work.

The other half of his time is spent traveling the country to attend conferences and to research new dishes and foods for menu inspiration. Whether its seasonal specials or limited-time offers (LTOs) that are being tested for potential addition as permanent installments, Chef Sturm takes the lead on innovation for these LTO “features,” as Firebirds is inclined to call them, via his extensive research. However, the chefs in the restaurants are encouraged to share ideas for new menu items with him as well. He takes that input, along with his own research, to come up with new items on a seasonal basis as produce and other ingredients become available.

Working from one of the three Firebirds locations in Charlotte, Chef Sturm will demo new dishes and invite his tasting panel, which includes senior management and others from the corporate office, for feedback. The tasting panel scores the dishes, and those earning top points usually make the cut. This year he hopes to augment the tasting panel with some of Firebirds’ “fanatics,” who will come from a pool of 600,000 frequent guests who are enrolled in the brand’s loyalty program.

“One reason I like to use the restaurant to test new features is because I want to know how many steps it takes to make the dish on the line,” Chef Sturm explains. “A dish could be really creative, but if the chefs can’t execute it, we can’t approve it.”

Seasonal produce also plays a strong role in seasonal menu development, something that is done to perfection as Firebirds won last year’s Produce Excellence in Foodservice Award for Casual and Family Dining Restaurants from the United Fresh Produce Association.

Chef Sturm relies on strong supplier partners to introduce new produce and new cuts of meat, or he may see a dish elsewhere and look to his suppliers to source the ingredients. Always, he looks for his food partners to bring in a consistent supply across the 42-and-counting restaurant portfolio.

Lately, Sturm has relied on seasonal and fresh produce to introduce additional better-for-you options to the menu, including some dishes with less than 580 calories. In February, the team introduced a kale salad with grilled calamari as a lunch entrée, as well as tequila-glazed shrimp over quinoa and kale pilaf; a wood-grilled salmon with jumbo lump crab succotash, roasted poblano, and Cheddar grits; and sliced, wood-grilled tenderloin with blistered tomatoes, charred onion, and jus. For the spring, he’s been experimenting with mussels simmered in Hefeweizen wheat bear and topped with roasted tomatoes, garlic, orange zest, and cilantro.

These new items come just in time for the federal menu-labeling regulation, scheduled to take effect next month. The regulations call for chains with 20 or more locations to prominently display calorie information on the printed menus. Firebirds stayed ahead of this transition by conducting recipe analysis for all of its menu items and posting the information online.

In addition, Firebirds’ better-for-you goals have translated to new selections on its kids’ menu. The company also participates in the National Restaurant Association’s Kids LiveWell program, which requires restaurants to offer at least three vegetable-forward entrées and a selection of sides that fall under a certain threshold for calorie, fat, and sodium levels.

When Sturm says he tries to “Firebird-ize” certain dishes, he means he’s introducing bold flavors, often through the wood-fired grill. Wood-fired flavor profiles vary by region: The restaurant uses a combination of oak and hickory in the Southeast, apple and cherry wood in the North, and pecan out West. Firebirds avoids using softer woods, which can produce a “sooty” smelling smoke.

There is a true science, and art, to the grilling process. Instead of cooking directly over the flames, grill masters let the wood break down into embers in order to provide the perfect sear and impart a sweet smokiness with about 700 degrees of cooking heat. Even vegetables get the wood-fired treatment. For instance, grill cooks roast red peppers for sandwiches and grill onions, garlic, celery, and peppers for a smoky black bean soup.

The chain’s chefs are all certified butchers, and they butcher larger primal cuts in-house to cut down on waste and offer hand-cut tenderloin, ribeye, strip, and sirloin steaks. Offcuts are used in other dishes. For example, the less steak-worthy part of the tenderloin is slow-cooked to tenderize, then lightly seared with onions and herbs, and set above fresh lettuce for a salad. Chunks of extra beef are marinated in a balsamic-ancho sauce and grilled with vegetables for kabobs.

When pricing new menu items, Chef Sturm says he always considers food costs, trying to stay in the low 30 percent range to maximize profits. The decision to add an LTO or seasonal feature to the permanent menu is heavily swayed by analyzing sales and profit margins. “Our IT department is really great; any time we run an LTO, they capture the sales on a daily flash report,” Sturm says. “We can look at those sales on a daily or weekly basis, and crunch the numbers to compare the features against core menu items or previously run features. It helps us understand what’s working and what’s not,” Sturm adds.

Technology also comes into play with training. Last year, Firebirds introduced a new e-learning platform using videos that are developed and produced in-house. “We film the regional chefs putting a dish together, then add voice-over and pop-ups with extra instructions before it gets loaded into our system and assigned to managers to distribute to their restaurant chefs,” Sturm says.

The video-based training is also helpful for the certified grill experts who are trained to handle the wood-fired grills. “It’s definitely a different skill set for the grills—you have to maintain a specific temperature by constantly feeding the grill,” he says. The restaurant cross-trains its designated “Red Hat” employees—who are easily recognized by the distinctive caps they wear during service—on all of the stations so they can fill in on the grill or other areas.

“From a culinary standpoint, we’re always looking at producing top-quality food that’s fresh and consistent, but we’re not always about the next hot trend,” Sturm concludes. “If a feature doesn’t fit with our bold flavor profile or work well in execution, it won’t work on our permanent menu.”