The mentorship program is changing the industry one chef at a time.
March 2019 Rachel Taylor

As accusations of sexual harassment surfaced against chefs throughout the restaurant industry over the past couple of years, many chefs and restaurateurs were left questioning what they could do to prevent this from happening again. Some restaurants revamped their HR department and policies and restructured leadership. Others decided to tackle the issue by going in a completely different direction.

Chef Edward Lee and general manager and wine director of 610 Magnolia, Lindsay Ofcacek, decided they would go with the latter and the Women Chefs of Kentucky Initiative was born. The mentorship program is a part of Lee’s non-profit, the LEE Initiative, and works with female chefs in Kentucky to give them the tools they need to become leaders in the industry.

The conversation about the issues women were facing in the industry is ongoing, and the wave of accusations again brought to light the inequality female chefs face every day.

“We were talking about how it's a bummer that this is happening,” Ofcacek says. “But we also believe that for every bad chef, there's an army of good ones.”

The new program wasn’t a response to just the #MeToo movement, Lee says.

“It's not about sexual harassment,” Lee says. “It's about equality. It's about diversity. It's about creating different avenues for people who traditionally would have had a hard time succeeding in the restaurant business.” 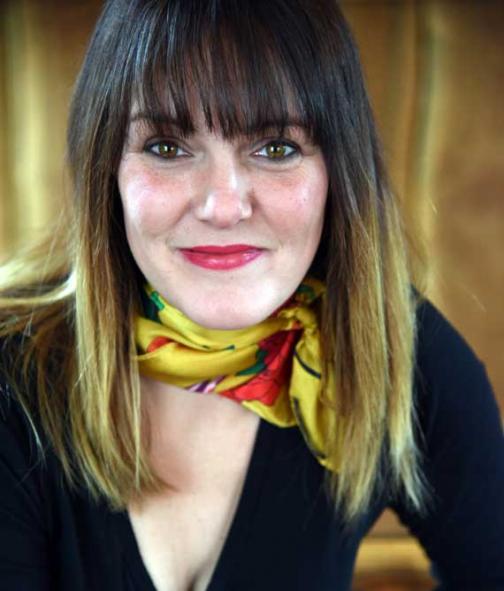 With the existing structure of the non-profit in place, the team was able to develop the program fairly quickly. By February 2018, it was a certified 501c3 organization.

“Whenever a big crisis or some something negative happens within the restaurant industry, I always think it's really important to sort of counteract that with something positive,” he says. “I felt like the #MeToo movement ... just wrapped around so much negativity.”

But Ofcacek and Lee didn’t want to produce a short-term fix to a long-term issue “It was something that we really wanted to invest in,” he says.

Each year, five female chefs from Kentucky take part in the program. They work with accomplished chefs around the country and learn everything from setting up a website and writing HR policies to learning how to do an interview with the media. The program is designed to empower female chefs, who both Ofacaek and Lee hope will become leaders in the industry down the road.

Ofcacek and Lee agree that the chefs aren’t chosen just for their culinary skills. The chefs have to have the drive and personality to take advantage of the program and turn it into a career that will inspire future generations.

Kentucky in particular has a rich history of female chefs. They found through researching cookbooks, cooking shows, and restaurants, women were the predominate voice for passing down food from generation to generation, Lee says.

“For all the talk about male dominance in the food world, especially as it pertains to Kentucky,” Lee says, “it's really only a recent thing. Historically, it has been dominated by women.”

“We saw this imbalance and we thought there is a history,” he adds. “It's not like we're coming out of nowhere and saying, ‘we want women to rule the restaurant industry in Kentucky.’ We saw there was a history there. And that some of it was going away and I think that voice needs to be preserved throughout the next generation.” 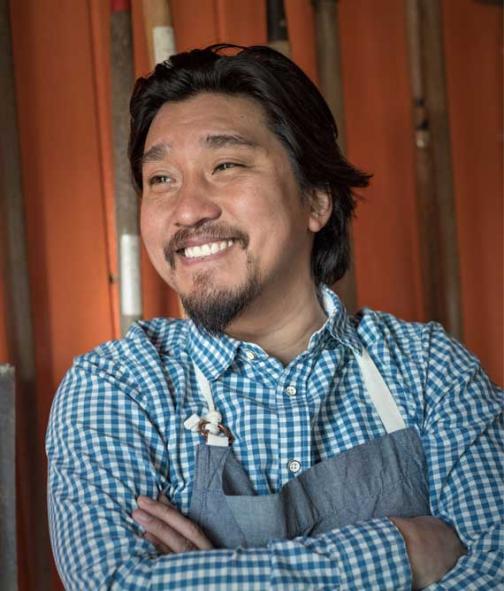 During the program, the chefs spend time in Kentucky, but when they go to cook with their mentors they leave the Bluegrass State behind. This year’s mentors include Brooke Williamson and she's in Playa del Rey, California; Mindy Segal in Chicago; Ashley Christensen and Katie Button in North Carolina; and Nina Compton in New Orleans.

“We’re really into getting them to go into the culinary scene outside of where they live,” Ofcacek says. “None of our mentors are in Kentucky. We really wanted to help expose young women in the industry to the good chefs, to the good restaurants, to the people that were doing things the right way.”

It’s like going on a stage without having the expense and needing to take time off work, she says. To make sure the chefs aren’t financially strapped while they are participating in the yearlong program, the group pays the wages of their regular job when they have to be out.

The program was intentionally structured to be small. The personal connection is lost when you try to create a mentorship program with 100 people, Lee says. Over time, the intimate structure will have an effect. Both Ofcacek and Lee said, in five years, they’ll have trained 25 chefs who each have a hand in changing the industry.

“I can't change the industry as a whole,” he says. “But I can change the lives of five people here. And to me, in many ways, I would rather do that then see the ripple effect go from there.”

Participating in the program is not a walk in the park. The chefs have to put in the work and make the most of it in order to succeed, Lee says.

In addition to learning from their mentors, the chefs will spend time with Lee refining their dishes before they cook at the James Beard House, and also pick up practical skills like learning how to negotiate a lease or write a maternity leave policy. The chefs will deal with learning how to balance the long days and late nights without falling into the traps of substance abuse and impact the industry has on their mental health.

Most of the chefs aren’t at the point in their careers where they’re about to open a restaurant. But in five years or so they could. And a network of support on all issues would be key, Ofcacek says.

Developing this mentorship program was a learning experience for Lee as well, he says, since, well, he isn’t a woman. Gender inequality isn’t something he’s had to encounter in his two and a half decades as a chef.

“For every young female chef that I spoke to while we were researching this program, it was something that they have to deal with,” he says. “Every single chef along the way had to deal with some kind of gender inequality. It's just not something that I have never came up on my radar.”

Ofcacek wanted to give mentees the tools to create a work-life balance so when major life events arise—like becoming a mom—they have more options than just giving up their career. She found that by having an empowering and understandable role model who worked with her through her pregnancies, she didn’t.

“I personally, as woman in the industry, I didn't really see this as a finite career for myself because I knew that I wanted to have a family,” she says. “Historically, that's difficult in this industry, but I worked for a woman chef/owner Annie Pettry of Decca and I remember going to her and saying, ‘OK, I'm going to have a baby, so I'm probably going to have to leave you.’”

Instead Pettry gave her an assistant and paid maternity leave.

This might sound like a wild idea, but in order to attract more women to stay in the industry and retain them over time, these are the changes that need to be made. “If it could work for me, it could definitely work for others,” she says.

When Ofcacek began working with Lee, she shared her concerns about having two young children and whether or not she could handle the demands of being a general manager. Once again, Lee worked with her and offered the support she needed in case one of her little ones needed to go to the doctor.

They think this should be the norm across the restaurant industry.

“We’re looking for people with leadership skills in people that we feel you want to drive and push forward and to open their own restaurants one day, become activists themselves,” she says. “In five years, we have 25 women who have gone through this program who are going to be leaders in this industry, and it will eventually make a change.”

The response to the program, which is still in its infancy, has been very positive so far. The founders are hoping the word will continue to spread. There has been an overwhelming influx of chefs across the country volunteering to be future mentors in the program and chefs who want to develop a similar program in their area.

“I feel like we finally have a handle on everything and are able to expand,” Ofcacek says. “But we will always do it small.”

Ofcacek encourages chefs to reach out, ask questions, and start up a mentorship program in their region. “This program is easy to replicate. Hopefully as we grow and have success, there are people that want to start this initiative in their states and invest in their own culinary community.”

The program is changing year-to-year as Ofcacek and Lee take in feedback from both mentors and mentees. They are able to add in different elements and Ofcacek believes there will always be fluidity to the program. The culinary aspect of the business is a minute part of the program and they are finding more ways to educate the chefs outside of the kitchen.

This year, along with cooking at the James Beard House, the chefs will also participate in the women’s only It’s Fab workshop in Charleston and create an ice cream flavor at female-led Jenni’s Ice Cream.

“It's very business driven and very practical,” Ofcacek says. “A lot of times when you’re young and in the kitchen, you're cooking, you're honing your skills there. This is an opportunity for you to see the bigger picture and the financial side of things, which is awesome experience in the beginning of the career.”

Part fundraiser, part fun, the chefs are also crafting their own expression of Marker’s Mark. Around 244 bottles of bourbon will be produced and sold to fund the next round of mentee’s.

“Maker's Mark is historically a very women-driven company,” Ofcacek says. “Most people know Bill Samuels, but Margie Samuels was actually responsible for all of their marketing. She hand wrote every label.”

“My speech that I always give to people when we started is I truly believe change does not happen because of one sweeping policy or one sweeping statement,” Lee says. “I think change happens because a million people do a million small things. And we each kind of pull together and we do what we can for our own communities and that inspires other people to do it in their communities and that's when it starts to grow.”