What Works, What Doesn't When it Comes to Indian Food

In Chef Manish Mehrotra's restaurant, Indian Accent, they take dishes from the different regions of India—and from people’s homes—and twist them a little bit to make them slightly more modern.
January 2017 Manish Mehrotra 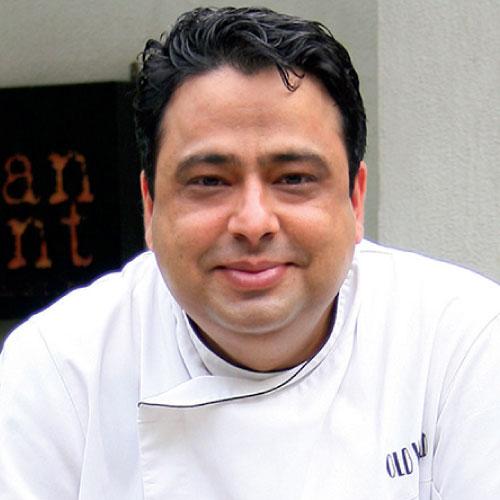 What doesn't work in America: Traditional Indian dessert that calls for unpasteurized milk.

And when you come to a place like New York where you have an abundance of ingredients and you get so many ingredients in different seasons, it really excites you to create new things with an Indian background, because in India we sometimes struggle for good ingredients.

Especially in New Delhi, we struggle for quality seafood. When the soft shell crab came into season here, we did a popular dish from the western part of India where they fry soft shell crab crispy and dust it with a spice mix and serve it with a dried shrimp rice.

And this year, for the first time, I tasted ramps—so I used ramps in one of our dishes. In India we make our own cottage cheese called Paneer. We did Paneer with crispy quinoa and sautéed ramps.  Next year I’m planning to do bread, like a naan bread, and it will be stuffed with caramelized ramps.

Recently, we changed our menu and added a lot of winter stuff used in India, including khichdi, which is like an Indian rice or porridge. It is the most famous comfort food of India, but you would never find it in restaurants because people make it in their homes.

I am very confident in my restaurant team in New York. They are all from India and have been working with me for a number of years. They are very excited to play with new ingredients. It is a lot of learning for all of us, including me.