For Chef David Thomas, food and family are inextricable. Growing up in suburban Maryland, he and his parents would decamp to his grandmother’s farm every weekend, a 13-acre spread in nearby Howard County, complete with chickens and pear trees. Young Thomas, too little to be trusted as a sous chef, would watch from the corner of the kitchen as his grandmother made biscuits, fried chicken in a cast iron skillet, and cooked lard gravy out of a coffee can she kept on the back burner.

“That’s what inspired me when I got into cooking,” Thomas says of his grandmother’s culinary prowess. “I wanted to cook like she did. I’ve been chasing her recipes ever since.” 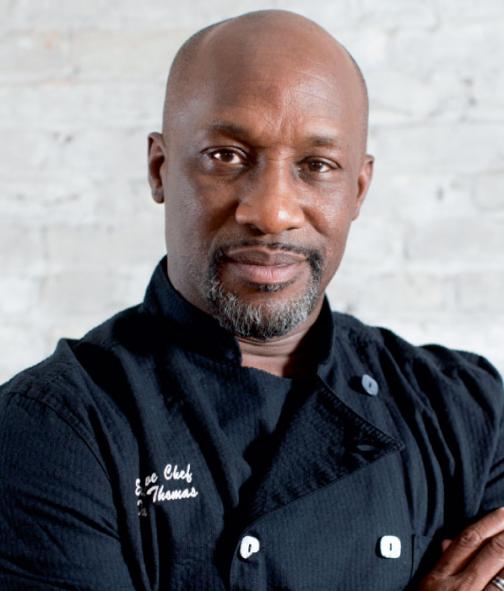 With the opening of his newest project, Ida B’s Table located in downtown Baltimore, Thomas finally has the perfect venue to showcase everything he’s learned about soul food from his time as executive chef for Metropolitan Kitchen/Lounge in Annapolis, Maryland; traveling the country as a chef consultant learning about local, regional cuisines; and—most recently—running Herb & Soul in Parkville, Maryland.

Ida B’s, at over 6,000 square feet, is on the first floor of a red brick building owned by The Real News Network, a nonprofit news organization that is also an investor in the business. “That’s how Ida B. Wells came into play,” Thomas says of the famed African American activist whom the restaurant is named after. “She was a journalist and she fought for—and stood for—the truth.” For Thomas, who sees creating dishes as a form of storytelling, she was the perfect patron saint.

Thomas’ travels and career have expanded his palate considerably. At Ida B’s, it’s not unusual to see French, Japanese, or Indian flavors in his dishes.

One popular lunch item is the fry bread taco, a pillowy Native American bread that is stuffed with local grilled vegetables and chicken, beef, or lamb. “That one dish sums up my thoughts about food, because there are so many different things mixed together,” he says. His grandmother was part Native American, and Thomas also has great appreciation for Asian cooking. “The sauce is Asian, but the flavor profile, with madras curry and fresh garlic, lends itself to more [Indian flavors].” 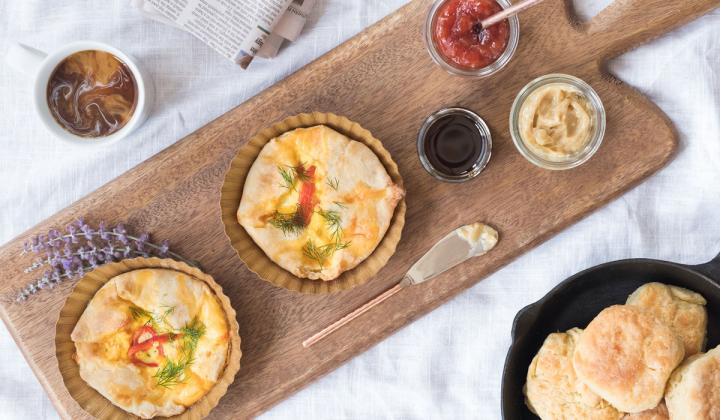 While Chinese and soul food cuisines may not always share a similar flavor profile, Thomas believes them to be kindred spirits. “[Asians] are very much like Africans, in terms of using a lot of fresh product and making the best of what they have,” he says.

“To me, soul food is a continuation of the only cuisine that was truly created in the United States,” he says. “If you go back to the foundation of the country, you have what we call slave food. And obviously that slave food was influenced by many different cultures. Later, you have moms in the kitchen that were cooking and [the cuisine] was called Southern food. You follow that all the way to the late 1960s, and the term soul food came into being. It’s all the same food, whether you call it Southern or soul food. It’s all derived from the same place; it was created from the hands of slaves.”

Partially because of this history, Thomas doesn’t believe soul food needs to be elevated— it’s not just a buzzword that is seemingly applied to any culinary tradition with humble roots.

“I had a chance to meet [culinary historian] Jessica B. Harris, and I made the mistake of saying, ‘I’m gonna elevate soul food,’” Thomas says. “She just looked at me and said, ‘What makes you think soul food needs to be elevated?’” I left thinking about what exactly she said, and she was right: It doesn’t need to be elevated. It just needs to be presented in a different way. So, that’s what my focus is … nobody’s ever said soul food didn’t taste good. It just wasn’t the best-looking plate of food. So that’s what our goal is here, to embrace a narrative that hasn’t been told and tell that story through food.”

Take Thomas’ Salisbury steak, for example: The dish is often just a flavorless cut of beef with gloppy gravy, but at Ida B’s it’s been reinvented with rich wild boar meat, sweet potato grits, and a wild mushroom velouté.

Thomas’ sometimes-wild flavor combinations never hinder the diner’s ability to appreciate the basic ingredients within a dish, however. “So many of us in the culinary world, we mask the flavors of things to make them more interesting,” he says.

Educating diners on the beauty of pasture-raised meats and organic vegetables is rewarding for Thomas, as is being able to tell a story through food and take pride in what he’s doing.