Chef Aaron Cuschieri doesn't use the term ‘American food’ in the fashion of burgers and fries, he uses it as a statement.

The acclaimed chef mixes his midwest roots with a career influenced by worldly cuisines to create a melting pot of nuanced American dishes at The Dearborn in Chicago.
July 2018 Laura Zolman

Chef Aaron Cuschieri is a midwest “fried chicken, mashed potatoes, and peas” American, he says, who grew up in Detroit and has lived in Chicago for the past eight years. His culinary career has included fine-dining establishments, as well as experience working with cultural cuisine all-stars like acclaimed Japanese chef Takashi Yagihashi of Tabo Sushi in Chicago and Slurping Turtle in Chicago and Ann Arbor, Michigan.

Today, Cuschieri serves as the executive chef of The Dearborn in Chicago’s Loop Theater District, where he lets the seasons drive his modern American menu.

At the National Restaurant Association Show in May, Cuschieri was asked to showcase a Japanese ingredient from the show’s Japan Pavilion, presented by Japan External Trade Organization. There, Cuschieri did what he does best at the restaurant, beautifully marry ingredients like Japanese brown rice and quinoa cakes with the all-American crab cake. We talked with him about The Dearborn’s clientele, his philosophy on American cuisine and cultural influence, and the beverage trend he foresees taking over full-service restaurants.

Tell me about The Dearborn.

The concept is an upscale, American tavern. We’re in the dead center of Chicago, the Loop theater district. It’s a huge restaurant. You walk in and you see high ceilings, a lot of distressed wood. The whole point was to make it an approachable restaurant that anyone could go to, but slightly more upscale. If you want to have a night on the town, you can go in dressed to the nines and feel like you belong, but you can also walk in with jeans and a T-shirt and belly up to the bar. The food follows along the same pattern. We recognize the area that we’re in, the type of people that we’re talking to. We have something for the guy who just wants a burger and a beer and for those going out on a Friday night and doing it up. There is a huge business clientele in that area as well; we wanted to make it fast and efficient for them. And then you have tons of people from out of town who are always in the Loop, so we wanted to focus on the tourist industry also. 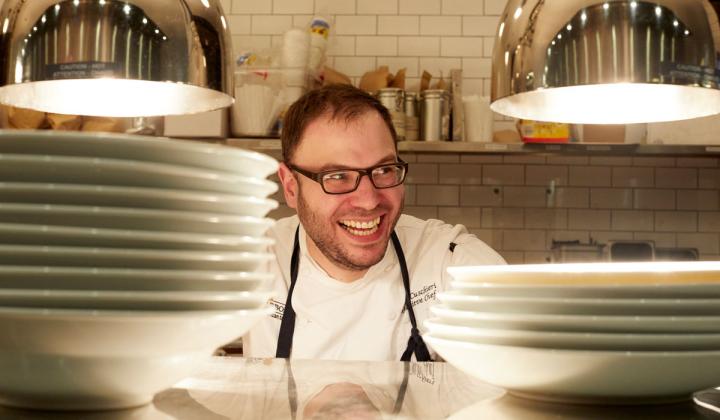 "If you want to have a night on the town, you can go in dressed to the nines and feel like you belong, but you can also walk in with jeans and a T-shirt and belly up to the bar," Chef Aaron Cuschieri says of The Dearborn.

You have a fine dining background, right?

Yes, I spent most of my life in fine dining. When I was in school and in the beginning of my career, I was focused so much on fine dining, wanting to work in Michelin-starred restaurants. Then, when I was working for Takashi Yagihashi, I sort of went into a more casual spot and realized I wanted to split the difference: I didn’t want to do super casual, and I didn’t want to do fine dining. I wanted to do both. And for me, that’s what I love about The Dearborn, where I’m able to incorporate fine dining elements in a casual, approachable space. We joke about it: if we had a 40-seat restaurant with white table cloths, we could serve the exact same food in smaller portions and it would fit right in.

Do you have some examples of what you’re doing with the menu?

We have this burrata dish that we serve with different Japanese ingredients. We make a miso vinaigrette and use oba leaf like a Japanese medley. Then, we marinate beets with a citrus creme fraiche and take tomatoes and marinate and char them. That dish has everything you could want. It’s sweet, salty, creamy, and rich. People don’t understand that mozzarella cheese and miso go so well together. The dish was originally seasonal, but it became such a huge seller that we just kept it on the menu full time. It’s one of those dishes that I think speaks to who I am. It’s super finessed, really clean flavors, but you get all these different elements with it.

We always try to keep a gnocchi on the menu. I’ve been making gnocchi my entire career, so we have this killer recipe, but—this spring—the elements of the dish are all fresh spring vegetables. We plate it up with snow peas, morel mushrooms, corn, and heirloom tomatoes. We make this edamame puree and then pour that tableside. The idea is simple and delicate. Concepts in fine dining follow the ‘less is always more’ motto; if you find fresh food, do as little to it as possible, and just let all the ingredients speak for themselves. 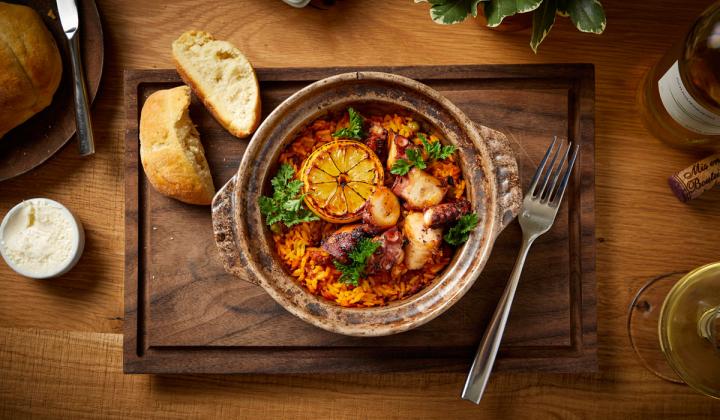 Are you mainly influenced by Japanese cuisine?

We label ourselves as a modern American restaurant which allows us to pull from every culture, any culture. Obviously, my background working for Takashi Yagihashi creates a lot of Asian influence in our food, but we pull from South America, Mexico, the British Isles—our owners are from Ireland. I don’t use the term ‘American food’ in the fashion of burgers and fries, I use American cuisine more like a statement, like we’re a melting pot of culture.

What dayparts do you serve?

We do lunch, brunch, and dinner. Monday through Friday, I guess you can call it ‘business lunch,’ because, at the end of the day, that’s who we’re serving. We do seven days of dinner, and then we do Saturday and Sunday brunch. Brunch allows me to be a little more creative and flexible, because people will travel for brunch. 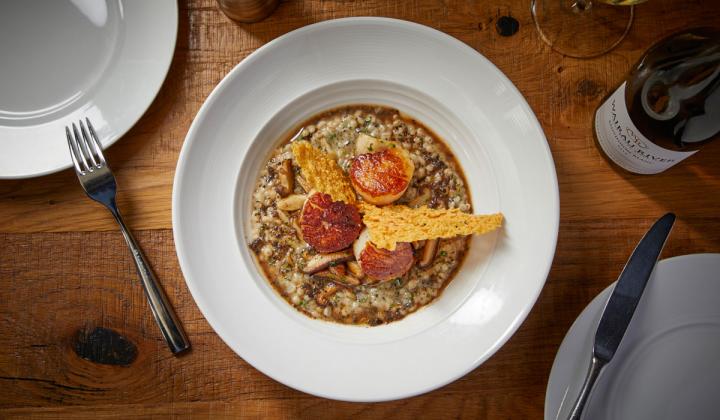 What’s a trend you foresee in the full-service space?

Nonalcoholic beverages are huge. There’s so much room for them. I think there’s a huge market of people who dine at restaurants—people who come with their families, don’t drink, or don’t want to get wasted at 2 o'clock in the afternoon—but still want to have a cool, specialty drink that was handmade by the kitchen or bar. They do well when people come in for lunch or brunch.

What sort of nonalcoholic cocktails are you all doing?

We dedicate a section of our menu to it. Right now we’re doing a prickly pear and ginger soda with a little yuzu. The whole idea of the cocktail is to be nonalcoholic, but you’re getting something that’s thoughtful. That is, to me, the most important thing for beverages, putting thought into it. We put ginger, oba, simple syrup, and soda water together, and you’ve got a cocktail that’s intended to be nonalcoholic. Herbs, berries, and pears always lend themselves well to drinks.