You’d think restaurateur Marco Canora would be sitting pretty. After all, the chef was named Best Chef for New York City at the 2017 James Beard Awards. His restaurant Hearth, located in the East Village, has been humming along since 2003 and it still generates a steady fan following long after the initial buzz.

But in 2017, even award-winning chefs can’t rest on their laurels. Canora knows that to keep pace in a market as cutthroat as New York—with rising rents and stiff competition—multiple revenue streams are critical to staying one step ahead. 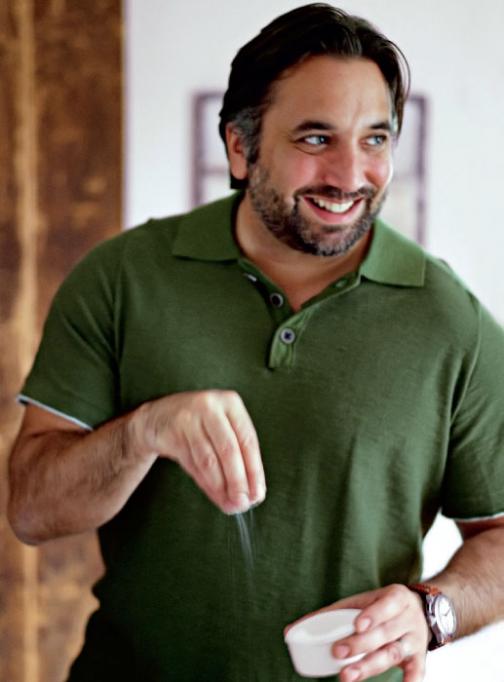 That’s why Canora spawned two spin-off eateries, one in 2014 and another in 2016. Zadie’s Oyster Room, within walking distance to Hearth, came first with a selection of oysters served “every style” and even lengthier beverage menu. Peddling of-the-moment restorative broths, Brodo Broth Shop opened last year in the West Village as a take-out shop with no seating.

When Canora opened the fine-dining Italian eatery Hearth in 2003, the landscape for independent eateries was decidedly different. Rents seemed manageable, and owners could concentrate on making sure their one eatery thrived. Those were the days.

Canora says most high-end chefs are “fed this idea of grow or die,” but that wasn’t the full story for him. Rather, he attributes opening his two additional retail shops as much to furnishing a creative outlet for his ideas as it was to sparking revenue. “The idea of an oyster bar was marinating in my mind forever. I was so excited by the idea that I could barely sleep at night,” he says.

Running a singular eatery in pricey New York City these days is a low-margin high-wire act.

Canora acknowledges that “trying to create a viable business with a great culture, and employ people, and provide for my family” has been made easier by opening multiple concepts. As you proliferate, restaurateurs see improved economies of scale. “Revenue solves a lot of different sins,” he says.

Zadie’s arose out of a business need to reinvent a space. Canora had been operating Terroir, a wine bar, down the block from Hearth in the space now occupied by Zadie’s. When Canora and his partner split in early 2014, the latter kept the brand name Terroir, but Canora had the real estate.

He first renamed it Fifty Paces—a playful nod to its location. When Hearth guests asked where to find Terroir, he always said it was down the block 50 paces. But it ultimately became Zadie’s, which emerged out of his fascination with oysters.

Oysters, he says, can be “served in every possible way: broiled, baked, steamed, and fried. That’s how they served oysters back 100 years ago, and I love the idea of bringing it back,” he says. In fact, Zadie’s Oyster Room prepares them in seven different ways.

The Brodo concept debuted in November 2014 as a take-out window at Hearth. But when 200 people started buying broth daily—and then it spiked to 300 customers—he knew he was probably on to something.

He opened the standalone Brodo Broth Shop on Election Day—November 8, 2016. A day, he says, when many customers wanted to be “comforted” and broth hit the spot.

Brodo specializes in “bone broth as a hot beverage,” Canora says. The restaurant offers four basic broths: chicken, beef, Hearth (a signature mixture of turkey, beef, and chicken), and veggie, made with shiitake mushrooms and seaweed. The broths are served in paper cups or 30-ounce frozen containers, and they’re sold both at lunch and as snacks for customers like paleo dieters. Brodo also sells add-ins, like Calabrian Chili Oil and Ginger Juice for a more customized flavors.

Because Canora has become fascinated with preparing food in a healthier way, at Zadie’s he serves the oysters with seaweed, which he describes “as the perfect complement to an oyster. They live next to each other, and it’s intriguing how well they amplify each other.”

Despite the two new endeavors, Canora is very clear about where his focus lies: “Hearth is the mothership,” he declares.

The restaurant, with its fine-dining Italian food and formal service, is the cornerstone of everything he does.

“Hearth is the beast that needs my oversight. It’s full service and has the highest price point. Hearth was my platform; it’s where I put my stake in the ground and made my name,” he says.

But to succeed in ever-changing New York, Canora has also tinkered with Hearth. He rebranded it a couple of years ago, maintaining the existing menu so as to continue to appeal to the faithful, but emphasizing healthier food. He mills his own flour and polenta at Hearth, eliminated highly processed sugars, and gravitates toward highly nutritious ingredients.

Being named Best Chef in New York, Canora says, was a spark for his entire staff. “I think everyone understands that when someone gets the Best Chef award, this is a team sport. It takes an army of people to do what we do every day.”

In fact, he oversees 70 employees across the three restaurants. As for service, Hearth accommodates 95 patrons, Zadie’s is an intimate 24-seat oyster bar, and Brodo offers take-out food without any seating. He practices cross marketing among the three eateries.

“We do some marketing in Hearth to make sure customers know Zadie’s is down the street,” he says. Moreover, he’s written three cookbooks; one is called Brodo, so that generates word-of-mouth visits as well.

Although he is not looking to open another full-service restaurant—“I don’t know how these guys do multiple eateries. I have very little desire to open anymore”—Canora envisions expanding the number of Brodo shops.

“I want to open dozens of Brodo shops. For every 50 Starbucks, I could see a Brodo in my future,” he says. “We’re doing what every start-up does: raising money, trying to create value, growing market share, and balancing it all out.”