A California icon maintains his sense of creativity in his multiunit concept.
December 2017 Amelia Levin

Once a legend in Laguna Beach, California, prolific restaurateur and chef David Wilhelm resurfaced after a consulting hiatus with a new Southern California concept that he continues to expand: Jimmy’s Famous American Tavern.

Since opening the first location in San Diego on the harbor in May 2010, Wilhelm has opened four additional Jimmy’s locations, including one each in Dana Point, Brea, Santa Monica, and Woodland Hills, California.

Once the proprietor of as many as 30 popular restaurant concepts up and down the main drag in Laguna Beach, dating back to 1986, Wilhelm says his new direction with Jimmy’s was driven by an interest in scaling a fun concept.

“Earlier in my career, I was driven by the creative aspect of restaurant ownership, but most of the concepts were clustered together, so it would have made duplicating a concept in a tight, geographical area difficult,” Wilhelm says. “After 40 years in this business, I wanted to focus on something more fun and casual, and make that available to more areas.”

He adds that once he saw the early success of Jimmy’s, he knew it was a scalable opportunity. 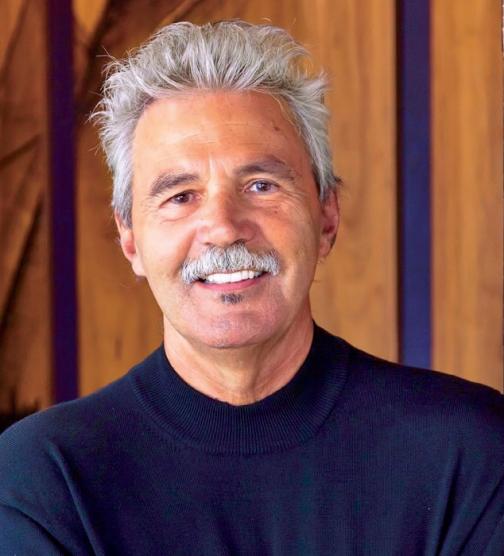 Once a prominent chef with multiple concepts, David Wilhelm is now focused on Jimmy’s.

A front-of-the-house manager for seven years after college, Wilhelm got his legs in the kitchen after cooking in a French restaurant in Northern California. As such, he has his hands on every aspect of Jimmy’s, from menu development to service training, bar management, design, and even the music programming.

“I always feel like nothing is more important than the food, but in reality, there are so many moving parts in a restaurant that have to work together to be successful,” he says.

Wilhelm describes the Jimmy’s concept as a more modern-day “gastropub,” but he’s weary of that term and any American “comfort food” descriptions, which he feels can sometimes indicate heavy food with lesser-quality ingredients. Instead, he focuses on an “unabashed celebration of regional American food.”

That includes twists on classics like a retro filet mignon stroganoff, with slow-cooked tertiary cuts put together like a steak; spicy Ahi poke in line with the trending Hawaiian dish; a grilled hearts of romaine Caesar salad with green chilies, cilantro, and toasted pumpkin seeds; a lobster and shrimp club sandwich; whiskey-flamed shrimp with Cajun spices and homemade mustard; and a take on meatballs using spicy buffalo sauce and honey garlic ranch as an alternative to chicken wings.

He’s reintroduced his famous buttermilk-fried chicken from the former Sorrento Grille, and it’s become his No. 1 selling entrée after the burgers.

In trying to come up with one really great burger, he developed a half-dozen options, which continue to sell the most. The chopped New York sirloin burger with applewood-smoked bacon, red onion, cheddar, and a roasted Anaheim chile barbecue sauce is among the favorites.

Being near the beach, seafood is a draw at Jimmy’s as well; Wilhelm has partnered with the Long Beach Aquarium to source fish not on the endangered list, and he’s recently started working with an aquaculture farm to help “close the loop” on overfishing.

At the open-air, square-shaped bar—essentially the energetic hub of all Jimmy’s locations—Wilhelm introduces more twists on classics, like Bloody Marys served with a beer chaser as they do in Wisconsin. Happy hour, cocktails, and craft beer are naturally a draw at Jimmy’s, but so is the state-of-the-art tap wine system, which offers more wines by the glass and maintains the wine’s freshness.

Wilhelm’s restaurants have been recognized by the Green Restaurant Association for a slew of sustainable initiatives, like low-flow faucets and fixtures, LED lighting, natural landscaping, biodegradable packaging, and food composting.

The restaurateur says the “green” focus has not just helped cut costs and reduce the company’s carbon footprint, but it’s also helped with recruitment.

“A lot of our staff are younger, and when they see we are a green-certified restaurant, they’re more interested in working for us,” he says. “We started off in this direction to be a more responsible business, but this was a great extra benefit.”

Technology has been a focus at Jimmy’s as well. Wilhelm uses a newer POS system to generate sales and analytics reports in real-time, and to help with back-of-the-house inventory and purchasing efficiencies.

Jimmy’s attracts diners from all walks of life, from younger diners looking for a fun night out to parents and kids, those in the service, retirees, and women enjoying girls’ nights out. “When we were developing the menu, we worried we would be too bar- or male-centric, but we see all types of guests,” Wilhelm says.

To fit this diverse group, he’s expanded the footprint of his newer locations to offer a greater mix of seating, from the full-service bar to quieter, oversized black-leather booths, high-top tables, picnic tables for groups outside, and window seats overlooking waterfront views.

It’s a far cry from all the concepts he pioneered in the ’80s and ’90s, but Wilhelm is fully on-board the multiunit bandwagon and eager to see where Jimmy’s can take him.

He says his short-term goals are to continue the expansion of Jimmy’s, opening as many as 17 or 18 in Southern and Northern California, if all goes according to plan.

“I’ve spent 40 years doing multiple brands, so it’s refreshing to focus on a single concept this time around. But I’m always tinkering with it,” he says. “I’m having more fun with this business this time around.”