Justin Carlisle was in a dark place in his life when he decided to open Ardent.

Inside Milwaukee's Ardent: The Quality-of-Life Restaurant

Employees who make the same money, every night? Ardent is a restaurant that defies logic and naysayers at every turn.
August 2017 Danny Klein

“How will you make enough money to survive?”

Carlisle figured they might be right. But there was a more pressing issue nagging him.

“I was in an extremely dark place in my life. Early 30s and you start looking back and reevaluating everything. You’ve worked so much to be where you are,” he says, before asking a question that has stumped chefs for ages. “You love what you do so much. So why is it destroying your life?”

Carlisle was divorced at 27. His friends flickered out of his life. He was seeking professional help. And all this for a guy who grew up on a peaceful farm in little-known Sparta, Wisconsin, a town of less than 10,000 people referred to as the “Bicycling Capital of America.”

It was that family background, and his trials through the brigade era of restaurants, that led Carlisle to invent Ardent, a concept that doesn’t exactly fit the mold of today’s industry dynamics. Tipping? No tipping? Tip-pooling? Joint employer rules? Minimum wage for servers? For chefs? Forget all those constraints, Carlisle decided.

“You had people yelling and screaming and choking people. That was completely normal. We were in a profession where if you tried to sue somebody they would laugh at you because you were a cook.” — Justin Carlisle. 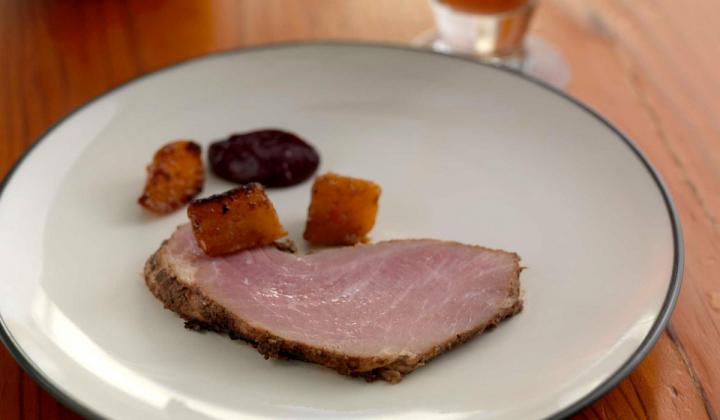 Justin Carlisle doesn't use gas in his restaurant. This pork shoulder was fermented.

“Hard labor off of fear, to me, it isn’t productive,” Carlisle says. “It’s a forced productivity. You can’t hope to get the same effort as somebody who cares about their job. If they’re doing wonderful, they’re going to work harder. And the food is going to taste better. If you can give them that quality of life, the return is 10-fold in your business.”

When Carlisle fostered the plan for Ardent, which also earned a semifinalist nod for James Beard: Best New Restaurant in 2014, he met with three industry friends. They never discussed money. He suggested they go home, consult their families, and return with a wish list: Whatever they needed financially to survive, Carlisle and Ardent would make it happen.

Or so the thought went.

The four-person staff opened Ardent on an October night in 2013. Two people showed up. They made $292. “I looked at my three cooks standing next to me and I said, ‘I’m f–ing sorry,” Carlisle recalls.

About four months in, a food critic from Milwaukee praised Ardent. Writers in the nearby food-crazed city of Chicago followed suit, and, within a year, Carlisle added staff when he recognized a skeleton crew couldn’t cut it anymore.

Carlisle’s staff currently sits at nine, himself included. Every person he’s hired has stayed. Not one has taken a different job or quit. If they did, Carlisle says he’d help out in any way he could. “If I have money, it’s theirs,” he says. “If they want to go and do a restaurant, I will be the first one to give them as much money as I physically can, and help them with anything they need.”

This seems remarkable but it really isn’t. Carlisle refers to the group as his “wonderful, dysfunctional family.” He doesn’t have any children. Just two mutts, a shepherd mix named Randy and his crazy bull terrier/blue heeler, Chester.

“Everybody who is here is pretty much my kids,” he says. 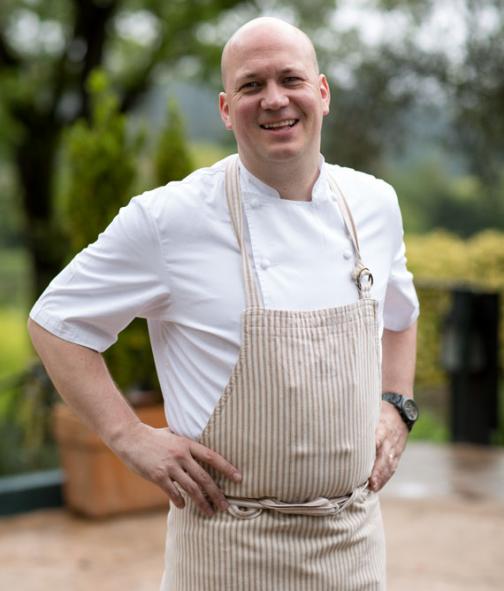 This family-first culture is also far from a farce. Carlisle’s mother, Mary, knits shawls for the staff. She makes all of the aprons and napkins. The produce, herbs, beef, and even the flowers, all come from his parent’s Sparta farm, which has been Carlisle run since the 1930s. His father, Dwight, is still working the land at 73-years-old.

Carlisle wants to make sure if employees do leave, it isn’t because he short-changed them. Right now, he’s trying to set up a 401K program. If somebody has a child, they’re sent home for a month. “The minute your wife goes into labor you’re gone for at least a month. We won’t talk to you. You’re not allowed on premise. You’re not allowed in the restaurant. You’re not allowed to talk to us even if you want to. You’re paid. And then after a month we sit down and talk and decide how much more time you need or don’t need,” Carlisle says.

There are no set vacation days. As long as employees don’t abuse them, they’re allowed to take off, with pay, whenever they have to, for as long as they have to.

Ardent is also open four days a week—Wednesday through Saturday—so Carlisle and his employees can spend ample time at home.

One of those chefs, Paris Dreibelbis, was recently named one of six Young Chef candidates across the country by the ment'or BKB Foundation.

While the model of Ardent is intricate and complex, the underlying motivation is not.

The restaurant was cultivated by a world Carlisle knew all too well. He started dishwashing at 15 and was a prep cook by 17. Carlisle spent time in the Army and National Guard, worked in restaurants, attended Madison Area Technical College, and then clocked time at Madison, Wisconsin’s Restaurant Muramoto, Tru in Chicago, and Umami Moto in Milwaukee.

Along the way, Carlisle was, he hopes, the trail end of a kitchen culture that romanticized its rough-shed style. “You had people yelling and screaming and choking people,” Carlisle says. “That was completely normal. We were in a profession where if you tried to sue somebody they would laugh at you because you were a cook.”

He figured there had to be another way. The question was: would it work? 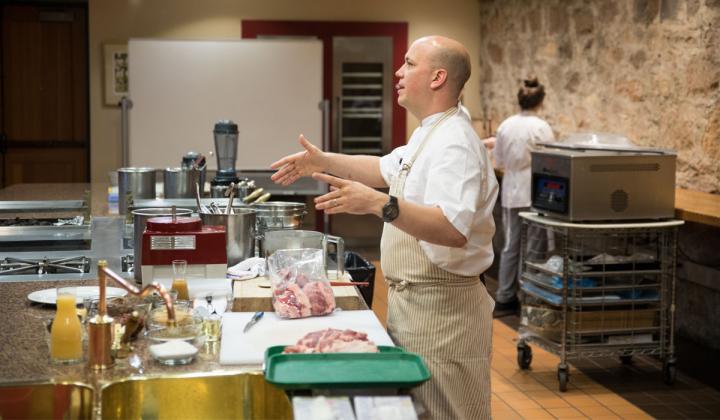 Ardent didn’t make a lot of financial sense, he admits. Even if customers flooded the gates, a restaurant that small serving a 12-course tasting menu at reasonable prices couldn’t make its staff rich, not spreading the wealth as they were.

“For me, it was more looking at a business and how can I not fail, not looking at how much money I could make,” he says.

Ardent’s design is atypical in other ways, too. The restaurant is a 900-square-foot-space with 23 seats, including the bar. There’s no gas, and the entire kitchen is fitted with induction circulators. It’s all electric; no vent hood.

Much of what Carlisle is able to provide these days, including the possibility of a future 401K program, simply wouldn’t be possible on Ardent’s back. It’s why he’s expanded his portfolio to three concepts in the Milwaukee area.

His second restaurant, Red Light Ramen, opened in August 2016. The Laughing Taco debuted this past June with his wife, Lucia Muñoz, a native of Monterrey, Mexico, at the helm.

The story of both is fitting. Red Light Ramen spawned from a tradition Carlisle began a month after opening Ardent. On Friday and Saturday nights, he invited industry workers to shoot the breeze and decompress. In the lower level of the restaurant, they sat in the basement, talking, commiserating, and eating ramen. Soon, the line was out the door, and he recognized the idea had real potential.

The Laughing Taco offers Carlisle’s wife a piece of home, he says. He actually met Muñoz when she was a foreign exchange student studying, in all places on the planet, in Sparta. They were 15 and she taught him how to play tennis.

The pair stayed close over the years. “This was back in the day when we wrote letters,” he says. “And she still has the letters. And emails. Through all my life’s ups and downs and even through my failed divorce, she's been there.”

About four years ago, she reached out and asked Carlisle out to coffee. Two weeks later she flew to Milwaukee for a visit, and nine months after that they we’re married. The 20-seat taqueria is inspired by food from Northern Mexico and doesn’t overcomplicate things. It’s fresh and anchored by family recipes.

Carlisle isn’t ruling out opening additional restaurants but it’s not exactly something he’s stressing about, either. As always, quality of life and piece of mind are taking precedent.

“We’re just cooking food,” he says. “At the end of the day we’re trying to make people happy. We’re trying to do a wonderful job and enjoy it. We’re providing a service and we cook food. We’re not doing brain science.”