López and his partners saw a need in the San Mateo area for a nice, yet family friendly spot. Wursthall was their response to that need, offering a robust children’s menu and casual atmosphere to make those families feel welcome.

How Kenji López-Alt is Making Kids Food Fun for All

Wursthall restaurant & bierhaus in downtown San Mateo, California, follows protocol when it comes to a certain type of customer. As soon as they are seated at the table, the server alerts the kitchen to their presence. Their meals are given the VIP treatment: speedily fired and sent out as soon as they’re ready. Even the bathrooms have been specially outfitted to handle these finicky patrons.

After all, even a toddler with a taste for quinoa and starfruit is still in diapers.

Forget food critics: a restaurant’s most discerning diner these days may be the one sitting in a booster seat. With more parents eschewing bland, pre-mixed baby food for feeding methods like baby-led weaning, it’s no surprise that many of the youngest patrons have palates that have evolved way beyond overcooked penne with butter. At Wursthall, as much thought was given to the kids menu as to the robust adult offerings. Two of the partners, Tyson Mao and J. Kenji López-Alt (of Serious Eats and The Food Lab fame) are both parents to toddlers; being inclusive of babies and children was as much a personal obligation as professional. 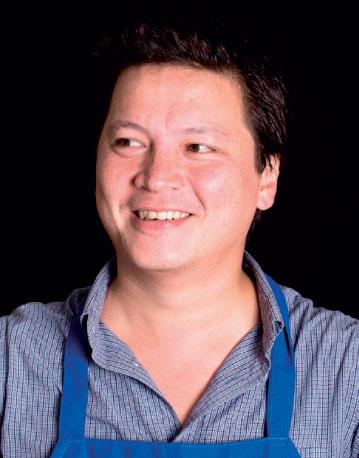 “I have a 21-month-old right now, and we never did baby food,” López-Alt says. “We don’t dumb down what we eat at home. She just eats what we do for dinner every night, and it’s a method that I think works really well.” A similar philosophy is espoused at Wursthall, whose selection of children’s food features miniaturized versions of sausages and sandwiches that appear on the regular menu. The Kinderwurst, a German-style grilled pork hot dog, isn’t just a half-portion of the normal order: It’s custom-made specifically for the youngest customers. Side dishes here are more than fries, as well: Think German potato salad tossed with mustard and dill, and a rotating seasonal vegetable salad. López-Alt also didn’t shy away from incorporating strong flavors into the kids meals: the Chicken Schnitzel Sandwich comes with preserved lemon-caper aioli and cucumber salad. “Those are kind of complex flavors, which probably a lot of kids are not that used to,” he says. “But, honestly, I think most kids are willing to try.”

But for those who are pickier eaters, everything from the hot dog to the sandwiches can be served more simply. After all, one of the driving forces behind the creation of the restaurant was fashioning a space that would bring less stress, not more, to Silicon Valley families. “There are a lot of old-school restaurants that are fancier and quieter. There just weren’t any casual, louder, family-friendly places where you go in and let your kid run around,” he says. “One of the goals from the beginning was, ‘Hey, there’s this need in the market for young families that San Mateo isn’t serving right now.’ So that’s sort of been our thing, making sure parents who come in with kids aren’t judged and feel welcome.”

In addition to the menu, the restaurant space itself is also outfitted to be accessible to those dining with children. On the main floor, a low table covered with butcher paper for coloring is the perfect size for antsy kids waiting for their meal. López-Alt also hid stuffed animals throughout the dining room for a particularly fun version of “I Spy.” And both the men’s and women’s rooms are equipped with changing tables, a particular sticking point for López-Alt. “That was important for me because I’m a stay-at-home dad most of the time,” he says. “[Occasionally] you go to a bathroom that doesn’t have a changing table and you have to try and change your kids by balancing them your knee,” he adds with a laugh.

Of course, the restaurant isn’t just popular because of its family-friendly atmosphere. The menu is thoughtful, creative, and delicious. That should come as no surprise: López-Alt is a bit of a god in the food world, penning the James Beard Award-nominated column The Food Lab for the website Serious Eats, as well as The New York Times best-selling tome, The Food Lab: Better Home Cooking Through Science. Items on the dinner menu have a German-Austrian tilt, but his fluency in many types of cuisines shines through. To wit: the wurst section of the menu includes classics like Cheddar Bratwurst and Smoked Polish, but also more unusual combinations like Chicken & Portobello, and Wild Boar with wine-soaked currants, offering adult diners a chance to expand their palates as well. In the next few months, the team also expects to offer more plated dishes for dinner service. “The menu is designed to work with beer, but also to be suited to an actual sit-down dinner,” he says. “We’re continuing to evolve in that direction.”

Wursthall’s winning combination of family-friendliness and elevated beer-hall cuisine has spread its influence well beyond San Mateo; the team (which also includes partner Adam Simpson of San Mateo beer and wine bar Grape & Grain) just recently announced they’re beginning work on a second location in nearby San Jose, California. While they’re still months away from finalizing the menu and the buildout, the ethos of the first location is sure to carry over. Kid-accessible dining “is not necessarily a specific space; it’s more like an attitude from the staff and other customers,” López-Alt says. “Even if your kid is having a bad day, you don’t have to be embarrassed by it. We understand.”