The National Center for Employee Ownership reported there were fewer than 7,000 employee-owned businesses in the U.S. as of 2015.

Finding Financing for Your Restaurant’s Stage of Life

Restaurants encounter costs throughout their life cycles—luckily there’s a financing option for every stage of life.
April 2019 Kevin M. Hardy

When Johnny Huntsman brought his first pizza restaurant to Louisiana more than 50 years ago, many locals didn’t even know what pizza was. But over the years, the chain grew to more than 80 stores, as players like Domino’s and Pizza Hut became household names.

When Huntsman, who died in 2017, looked to hand off the company, he found that the chain—which grew to as many as 40 stores in the 1980s—was too big for most local buyers to afford. Yet it was too small for a major investor to show much interest. With no family members working in the business, he looked to transferring ownership over to the many longtime employees who had powered the concept for years.

“Although they weren’t blood relatives, he considered them family,” says current President and CEO Melvin DeLacerda.

Employee ownership is still a relatively rare ownership model: The National Center for Employee Ownership reported there were fewer than 7,000 employee-owned businesses in the U.S. as of 2015, the most recent year for which data were available. Those plans hold assets of $1.3 trillion and serve more than 14 million participants.

But employee stock ownership plans, or ESOPs, are among the growing list of alternative business models in the full-service restaurant space that allow operators to finance, grow or sell their businesses.

Employee ownership isn’t for everyone, DeLacerda says. Only restaurants large enough to afford the tens of thousands of dollars in annual attorney and CPA costs should consider the move. ESOPs are complex, federally regulated mechanisms. In Huntsman’s case, he initially sold off 30 percent of his shares to the plan, which took out a loan to cover the expense. The company then made contributions to pay off the loan. Any employee 21 years or older who had been with the company for a year or more is eligible to participate. While the founder initiated the ESOP in 2000, Johnny’s Pizza House just recently celebrated its transition to 100 percent employee ownership in January of this year.

Despite the complexities, DeLacerda believes the model is the truest definition of a win-win. Restaurants boast more loyal and committed workers because they have a vested interest in the chain’s performance. Employees, in turn, benefit from growing retirement accounts that often reach tens or hundreds of thousands of dollars, the CEO says. 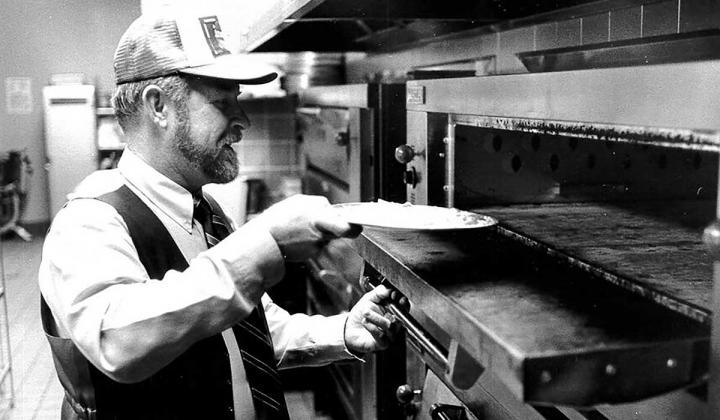 Johnny Huntsman himself puts a pizza in the oven. Huntsman started the first location of Johnny's Pizza in Louisiana more than 50 years ago.

“We have written at least one check for over $1 million,” DeLacerda says. “We’ve got some pretty hefty accounts out there.”

Of course, most operators must think about business and finance models far before they ever get the doors open. During and immediately following the Great Recession, bank funding dried up for many businesses, causing a litany of alternative funders to step forward.

“Regulatory changes make it more difficult for banks to take on slightly riskier portfolios,” says BFS Capital CEO Mark Ruddock. “As a general rule, unless the deal is large and the deal is attractive to [banks], it can be quite difficult for a small business to attract a loan.”

BFS Capital specializes in providing smaller loans— ranging from $5,000 to $500,000—to restaurateurs needing to cover short-term costs like new kitchen equipment or funding a big inventory order ahead of a busy season. Loans generally have a repayment period of about a year.

“There is significant demand for financing through the life of a restaurant,” Ruddock says.

The company has infused technology into the lending process; in many cases, an algorithm determines a borrower’s creditworthiness without human oversight. But by specializing in the restaurant space, Ruddock says, the firm looks deeper than just a financial statement, approving those that may struggle with more traditional lending mechanisms.

And demand is growing: BFS Capital had a record quarter in the final months of 2018.

“So there’s no lack of demand,” Ruddock says. “And there are an increasing number of alternatives to the banks that are trying to provide much needed capital to a very significant market demand.”

For years, many multi-unit franchises viewed the initial public offering as a milepost on the march to success. But restaurants have shied away from IPOs in recent months.

“We’re not seeing any at all,” says Jason Moser, a restaurant analyst with The Motley Fool. “When we talk about the big IPOs coming online for 2019, I don’t think a restaurant  is even in the mix.”

In the full-service space, Moser identified Bloomin’ Brands and Darden as some of the most successful players on the stock market —companies that both tout multiple brands under one umbrella.

Any concept considering a public debut must be able to show a history of proven success and a national resonance. But even then, Moser warns that the stock market can be unforgiving.

“It’s fine for restaurants that want to go public,” he says. “But I think a lot of companies are looking back and seeing the history of companies like Chipotle and Panera and recognizing the challenges those businesses encountered by having to play that Wall Street game of quarter-to-quarter expectations.”

Offering public stock for the first time delivers a cash infusion that can usher in widespread growth of a concept. But public investment also requires public disclosure of financial performance data. Investors pepper executives of publicly traded companies with questions on quarterly earnings calls as they dissect the last three months’ worth of numbers.

“If I was a restaurant owner, I wouldn’t want to go public,” Moser says.

Given the challenges of Wall Street, it’s not surprising that private investors have stayed busy in recent years. Erik Herrmann, managing director and head of the restaurant investment group at private equity firm CapitalSpring, says investment and lending has been relatively easy to secure in recent years.

But now, with restaurants facing rising expenses and declining traffic, investors are placing more conservative bets, looking to pick out winners rather than make broad investments across the category.

“I think there’s definitely a little bit of a pause,” Herrmann says. “But for great concepts, money is always available.”

He says bank funding generally supports the status quo of a restaurant business: funding the remodel of a store or adding the incremental unit here and there. Institutional private equity, on the other hand, can push larger change.

Herrmann says investors generally see three ways to create value in the restaurant space: new unit development and growth, consolidation, and operational turnaround or optimization strategies. Private equity investors want to see a proven track record of success: he says CapitalSpring is usually interested in concepts with 10 or more units. And most investors look for brands with $10 million or more of EBITDA, annual earnings before interest, taxes, depreciation and amortization.

“It tends to kind of be a break point for folks,” Herrmann says. “If you’re north of $10 million from EBITDA, you tend to have more interests.”

But investments can vary widely in the private equity space. CapitalSpring invested in Luna Grill when it had about 30 units through a more hands-off structured lending mechanism because the Mediterranean chain planned an eventually private equity fundraising round down the road. Alternatively, CapitalSpring went all in when it purchased a majority stake in Norms Restaurants, an iconic family dining brand in Los Angeles that had been held by multiple generations of one family for years.

“It had been an institution in LA,” Hermann says. “It was a fantastic business in the full-service space, but it had been a little bit of a diamond in the rough.” 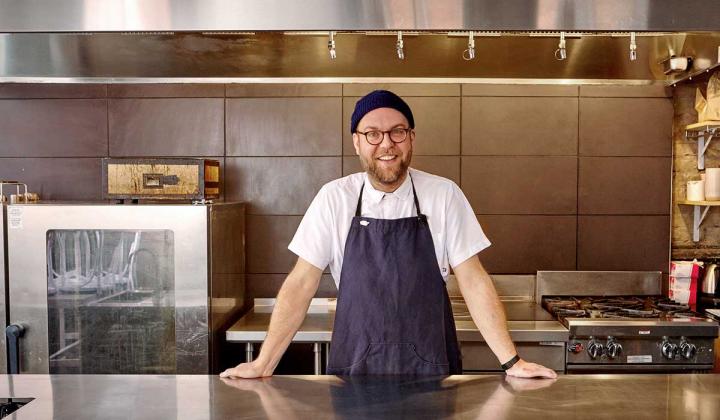 Herrmann described the concept as a “category killer” with increasing traffic and an average unit volume above $5 million. But new capital helped inject technology across the operation and hire a new leadership team. Norms has opened two new stores since the sale with plans for four more openings in 2019.

“It’s been great,” Herrmann says, “and I think as we look forward over the next couple years, we’ll probably look to exit that investment and pass the torch onto the next owner.”

Part of the Crowd

After training under Chef John Shields at Riverstead Inn, a farmhouse-turned-restaurant in rural Virginia, Ryan Santos wanted to bring some of what he learned back to Cincinnati. A series of pop-up efforts earned some buzz around town and encouraged some investors to come forward. But even with investors, personal savings and a Small Business Administration-backed loan, he didn’t think he had enough funding to get his restaurant off the ground.

So he turned to Kickstarter, a crowdfunding platform. He sought about $35,000 in pledges and eventually collected about $38,000 from more than 300 online backers. That amount was diminished by income taxes and Kickstarter’s commission.

“It’s not significant, but it’s not mi-nute either,” Santos says. “It definitely helped out in bridging a funding gap.”

Aside from cash, Santos says the platform helped him build buzz ahead of the debut of Please, which he described as offering an approachable yet creative dining experience. Some donors were involved in classes and went foraging with Santos.

“There was a feeling like they had a stake in it, which I still believe they do,” he says. “From a publicity standpoint, seeing a Kickstarter get funded helped to legitimize the project in seeing this was actually going to happen.”

Santos doesn’t envision using a crowdsourcing tool again: he’s already been approached by investors inquiring about his next project, thanks to the proven success of Please. And while it can help supplement some early startups, he says crowdfunding shouldn’t be a linchpin in any restaurant funding plan.