Mussels stuffed with glass noodles and fine vegetables are on the menu at michelin-starred benu in san francisco.

What does an honor from Michelin do for a restaurant?
January 2019 Juliet Izon

The on-sale dates for the 2019 Michelin guides are promoted on its website as breathlessly as a World Series game. “Mark your calendars,” the page proclaims, while underneath is a grid mapping the announcement dates for each of the four U.S. cities that boast a guide: Chicago, New York, San Francisco, and Washington, D.C. When the New York guide was leaked a full two days before the official announcement in 2016, the food website Tasting Table covered it with the urgency of a WikiLeaks story: “Find out which restaurants won big, [and] who got left out in the cold,” shouted the headline. All this, for a restaurant guide?

For a French book that started out at the turn of the 20th century as a basic guide for where motorists could find room and board on their journeys, Michelin has since emerged as a global juggernaut that wields immense power, publishing guides in 32 countries across four continents. The guide has also, for better or worse, become synonymous with the most elevated and luxurious restaurants in the markets in which it publishes, with some critics wondering if the guide sometimes prizes luxury over food quality. For restaurants, however, there is still no more recognizable award—both within the industry and to diners— than those elusive stars.

Of course, with each new edition, the news story is never which restaurants are included in the guide; it is who has summited that near insurmountable mountain: the rarefied air of a three-star designation. And, on the flip side of that coin, who has been demoted from three to two, two to one, or even, lost their stars entirely. To a chef like France’s Bernard Loiseau, the threat of losing his coveted three stars was more than just a mark against his restaurant, La Côte d’Or. The rumor of a demotion is widely believed to have driven him to suicide in 2003. For chefs, who can spend decades trying to attain this highest honor, the stakes are understandably high. 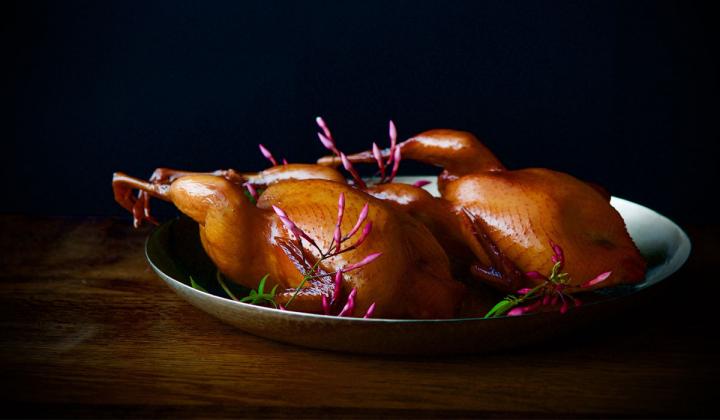 In the U.S., it’s especially striking how quickly the guides have become the ultimate arbiter of fine dining. Michelin in this country is a relatively new phenomenon; its signature deep-red tome first appeared in New York only in 2005, with other cities following in the intervening years. But for many American chefs who worked or staged in Europe before returning home, the allure of the guide and its stars were already quite intoxicating. Michael White, chef and owner of Altamarea Group (which includes two-star Marea and one-star Ai Fiori in New York, among others), had worked and studied for years in France and Italy before opening his establishments in the U.S. “Having had the good fortune of being in restaurants that had received and held this honor for years [in Europe], it was an overwhelming sense of accomplishment and pride for our entire team,” he says of receiving his first stars.

Even for chefs who have spent their careers stateside, the stars still carry a near-mythic quality. “I came up during a time when that was an honor reserved for restaurants in Europe,” says Chef Corey Lee. “For most of my career, the Michelin Guide didn’t even have a presence in North America, so it felt very surreal,” he says of receiving first three stars for his San Francisco restaurant Benu in 2014. And even though Benu is a small restaurant that was fortunate enough to nearly always be at capacity, the clout that Michelin stars provided only added to its desirability. “It definitely attracts more diners,” Lee says. “Not everyone uses the guide, but it helps to tap into people who are aware of Michelin—whether they are diners looking where to eat or staff thinking about where they want to work.”

But of course, a Michelin star can also carry great responsibility. The press surrounding a restaurant’s new star all but guarantees an influx of diners, some of whom may think, erroneously, that there is only one right way to embody a Michelin-starred restaurant. But the chefs and restaurateurs interviewed for this story maintain that Michelin doles out honors based on the restaurant’s current level of food and service; there is not added pressure to reinvent the menu or concept after receiving stars. “We knew we had to continue to execute the menu and style of service to the same standard we had been perfecting, now with additional attention and expectation,” says White. But rather than feeling overwhelmed by the new accolade, White used it as motivation. “It was invigorating” he says.

“They offer no clear criteria for their ratings, consistently reward sub-par restaurants with stars, and overlook obvious candidates that are objectively deserving of accolades.” — Alan Sytsma, editor of New York Magazine’s Grub Street. 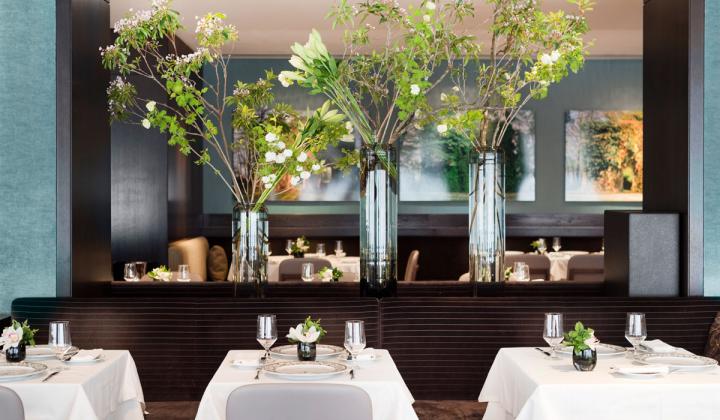 That’s not to say Michelin doesn’t have its detractors. In today’s lightning-paced review world of Yelp and The Infatuation, Michelin finds itself the doyenne; respected yes, but perhaps also a bit old-fashioned. “If I'm being charitable I'd say Michelin's ratings in New York make, at best, very little sense,” says Alan Sytsma, editor of New York Magazine’s Grub Street. “They offer no clear criteria for their ratings, consistently reward sub-par restaurants with stars, and overlook obvious candidates that are objectively deserving of accolades.” It is that last category that can be the most ruinous, both in reputation and financially. “For restaurants that are expected to earn stars, a less-than-favorable rating can be unnecessarily brutal, especially since Michelin rarely explains its thinking other than to say broadly that various spots are or aren't up to their standards,” Sytsma says.

With many newer restaurant rating systems espousing a more democratic process—whether it’s more transparent judging standards or even crowd sourcing—the future of Michelin’s dominance is uncertain. The company is making strides to highlight more restaurants within its guide, especially those not yet deemed worthy of a star. Last year, Michelin introduced their newest symbol, L’Assiette Michelin (Michelin Plate), which, “recognizes establishments that provide a good meal that is capably prepared with fresh ingredients.” In plain English: these restaurants are not-star level, nor not quite cheap enough for the Bib Gourmand designation. But it’s a way to widen the scope of the guide’s offerings, changing the image of the type of restaurant that the guide highlights.

There is one quality the guides offer that is less concrete than a star, but just as invaluable. “There is real trust when guests see your restaurant listed,” says White. “It’s the list that people travel for, create dining bucket lists for.”

It is not a common occurrence, but a handful of chefs have chosen to renounce their Michelin stars. While Michelin may not formally recognize the discard—“It’s not possible for a chef to ‘return’ an opinion,” says Cynthia Ochterbeck of Michelin Guide— for the chefs who refuse to display or acknowledge them, it’s a powerful way to take a stand against formal restaurant reviews. Below, in their own words, some high-profile toques explain why they have refused the honor.

“The essence of the kitchen in 't Huis van Lede lies with the product, prepared according to the classical way and with respect for our own gourmet traditions and values. We noticed that this is not always understood by a group of customers that expect a spectacle of stars.”

“When I saw that I didn’t feel comfortable with this kind of food and this way of working, I decided to step aside to do something simple.”

“The people who gave me Michelin stars had less knowledge than me. You have to place a value on something that is given to you: that’s why it was so easy for me to walk away. They had no value for me.”

“It has been a joy to have the star and the most amazing news when we got it. It was great for trade and brilliant for the town. But more for us, it’s about taking the business in a new direction and putting our family first. It means we can work in the day and have our evenings to ourselves.”

“There was a huge pressure as a result of our three-star status. We wanted to proceed with a free spirit and without stress, to offer a cuisine and service that represented that spirit and our land.”

“People have certain expectations of a Michelin restaurant, but we don’t have cloths on the tables, our service isn’t very formal. If I ever have another restaurant, I pray we don’t get a star.”