For Quatrano, the opportunity to develop a ground-up restaurant inside a mixed-use space was a no-brainer.

It is hard to imagine a chef more beloved in Atlanta than Anne Quatrano. Her temple to farm-to-table fine dining, Bacchanalia, is one of the most celebrated restaurants in the city, with a contemporary American menu featuring exclusively organic ingredients. And, with a four-course, prix fixe menu, it is the sort of aspirational establishment where Atlantans may spend some of their most memorable nights.

However, while Atlanta magazine may have dubbed her “The Queen of Atlanta Fine Dining” with good reason, the Connecticut-born chef is certainly not a one-trick pony. In fact, her two latest concepts, W.H. Stiles Fish Camp and Pancake Social, are quick- and full-service dining hybrids, located in the buzzy Ponce City Market complex. 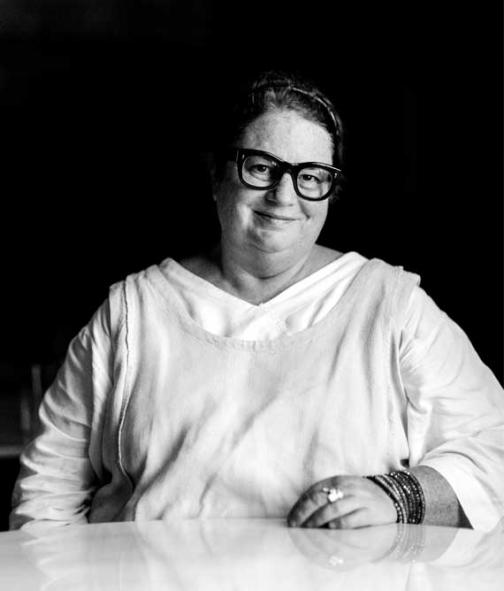 For Quatrano, who also operates the more casual concepts of Floataway Café, Star Provisions, and Little Star, the opportunity to develop a ground-up restaurant inside a mixed-use space was a no-brainer. “I think being in a food hall has really strong perks,” she says. “I’ve only had free-standing restaurants up until now, and things like not having to clean a bathroom—I know that sounds silly, but—it’s awesome,” she laughs. Being part of the community is also a huge benefit: “There’s a lot of camaraderie between all of the different places,” she says. “And there’s not really any place that I wouldn’t eat at and enjoy the food. It’s hard to say that about a lot of places.”

More saliently, having so many other concepts in Ponce City means Quatrano is free to hyper-focus her menus on exactly what she wants to feature. For her fish concept, which regulars refer to as “Dub’s,” “We don’t offer chicken, there’s no beef, there’s nothing but seafood: oysters, fish, and shrimp,” she says. The chef also benefited from having a longstanding relationship with investment and management company Jamestown, which developed the market. Dub’s was one of the first concepts to open within the food hall in 2015, which both allowed Quatrano to get her feet wet without the full force of descending crowds, while Jamestown could trumpet one of the city’s finest chefs as a tenant. She was also privy to the fact that both a burger concept and a fried chicken spot were planning on opening, allowing her to leave similar items off her own menu.

The result is one of Atlanta’s most unique seafood destinations, with about 30 counter seats reserved for full-service, while the rest of the indoor and outdoor space is fast-casual (both areas share the same menu). Nearly two dozen oysters are on offer, as well as the popular shrimp and oyster po’boys, and classic hearty soups like New England clam chowder and lobster bisque. Quatrano’s favorite item, however, is the Vietnamese salad, served with pan-seared or crispy catfish, all smothered in a “spicy, fishy, saucy, vinaigrette.”

For Pancake Social, which opened this March, Quatrano used all the knowledge she’d gained from Dub’s to tweak the quick-service to full-service ratio. “At Ponce City, one thing that was sorely missing there was breakfast,” she says. “Sometimes you just want to sit down and have somebody bring you your coffee; you don’t want to go get it.”

Accordingly, only about 30 or so seats here are fast casual: the majority—around 120—are reserved for full-service dining. The restaurant’s location on one of the market’s wings has also been advantageous: It fronts a parking lot, as opposed to being all-enclosed inside the food hall, giving it two points of entry. 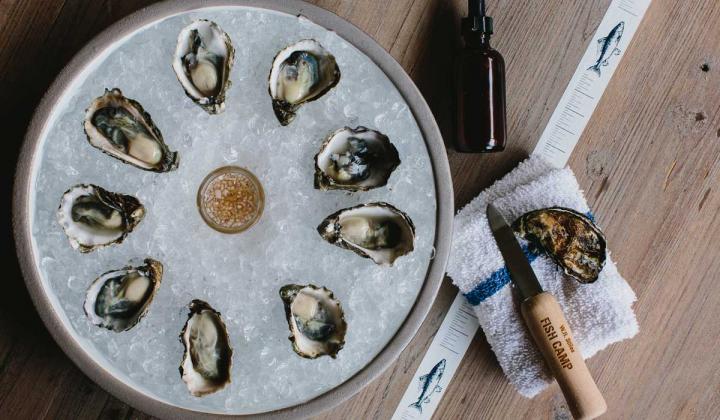 "We don’t offer chicken, there’s no beef, there’s nothing but seafood: oysters, fish, and shrimp,” she says of W.H. Stiles Fish Camp.

And while the chef initially had trepidations about a New England-inflected breakfast menu—“There are no grits, or waffles with fried chicken, which is not the norm here,” she says—if the hours-long lines during the opening weeks are any indication, Quatrano certainly found a hole in the marketplace.

It’s the rare diner who wouldn’t start salivating over an all-day pancake menu. Ten varieties are currently available, ranging from the adorably bite-size Danish ebelskivers, to the chocolate and buckwheat stack, served with a rich dark chocolate sauce. For those looking for a slightly less carb-forward option, there are adorably layered chia seed puddings or Greek yogurt parfaits, as well as smoothies and daily juice blends.

And, of course, the New England-born chef has strong opinions on pancake toppings. “I went to college at the University of Vermont and have a couple of friends in the Vermont maple business, so we’re serving this incredible maple syrup,” she says. “Some people want, like, 12 ounces of maple syrup once they know it’s authentic. I’m not sure how long we’ll be able to afford it!” she jokes.

But Quatrano may soon be buying the stuff in even greater bulk: Pancake Social is the first of her concepts she plans to replicate. “[Until now] we’ve never opened a duplicate of anything, which I’m not sure was smart at all,” she says. The second location of the all-day breakfast spot will open later this year or in early 2020 in Pinewood Forest, a ground-up development of homes and retail directly across from the bustling Pinewood Atlanta Studios.

For all her successes, which include multiple James Beard Award nominations and a win in 2003 for Best Chef Southeast, Quatrano is loath to talk about her accomplishments. When asked of what she is most proud, she doesn’t list one of her personal achievements, but rather that of her team. “It’s the people who’ve gone through our kitchen,” she says. “I see their passion for local food and for using local ingredients, and I think that that’s probably what makes me the happiest.”