John Currence won a James Beard for his flawless Southern cuisine. Now he’s ready to cook for the masses with a more casual approach and a growing breakfast franchise.
January 2018 Alex Dixon

The James Beard award–winning chef doesn’t design menus for himself; he designs menus that are equalizers, satisfying anyone who might come in the doors. He wants to earn the trust of all consumers and have them fill the dining rooms of his four restaurant concepts based in Oxford, Mississippi.

“I’ve had conversations with young chefs recently about moving into markets and not being sure whether the people were ready for what it was they had to offer,” Currence says. “You’re not cooking for you; you’re cooking for the people sitting in the chairs of your restaurant. You give them what they want and establish trust with them, and then you can venture out into your art if that’s what you want to do. But the reality is this is about surviving and feeding people good food that they want.”

That sweet spot between food that people want and food that reflects a chef and his passions is exactly what Currence wants to provide in his restaurants: City Grocery, his first restaurant that he opened on Oxford’s town square 26 years ago; Bouré; and Snackbar. And it’s exactly what he hopes to scale as a multiunit franchise with Big Bad Breakfast, his concept dishing inventive morning fare.

But it’s taken a long time for the chef to get to a place where he’s preparing to franchise a casual breakfast concept in multiple communities across the country.

Currence opened City Grocery in 1992, when he was 26 and had $423 in his bank account. While that restaurant has since become an institution in Southern cuisine and has been highly influential to chefs across the country, at the time City Grocery was just a chance to open a restaurant in an area that was relatively quiet. 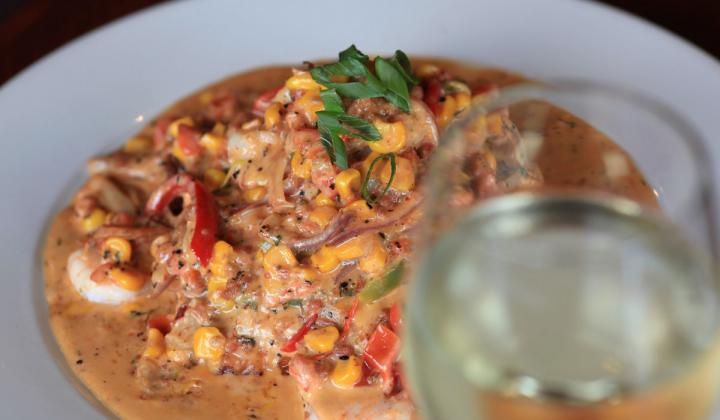 Bouré is one of Chef John Currence's standout concepts.

“There weren’t a whole lot of bars and restaurants around the square, but there was clearly a need, and so we dove in at a time when real estate was relatively inexpensive and folks needed something and wanted something,” he says. “People responded to us nicely, and we tried to create food that I knew people would respond to, techniques that were simple but the people loved, and to not shock anybody with flavor and ingredient combinations that they weren’t familiar with.”

Currence and the City Grocery staff focused on flawless preparations of simple dishes, such as roasted chicken, crab cakes, and fresh pasta. He says it helped the restaurant build trust with the local clientele.

In 1998, Currence was the recipient of both Restaurateur of the Year and Chef of the Year awards from the Mississippi Restaurant Association. In 2006, he received the Southern Foodways Alliance Guardian of Tradition award, and he was awarded the James Beard Foundation award for Best Chef in the South in 2009.

Of course, consumer opinion of dining has largely changed in the last 26 years, as fast-casual restaurants have eaten into the full-service business and renowned chefs are exploring new opportunities, formats, and dayparts. Currence is no exception, adapting his concepts to a changing market and exploring an underserved mealtime with Big Bad Breakfast. And he’s doing it through franchising, once unheard of in the chef world.

“About a decade ago, we quit doing these eight-course single-seating meals in the restaurant with wine tastings because, for the most part, people don’t want to eat like that anymore,” he says. “If we do a five-course dinner with four small savory courses and a dessert, which 20 years ago would be laughed at as far as a tasting menu goes, that’s a long-format dinner for us.” 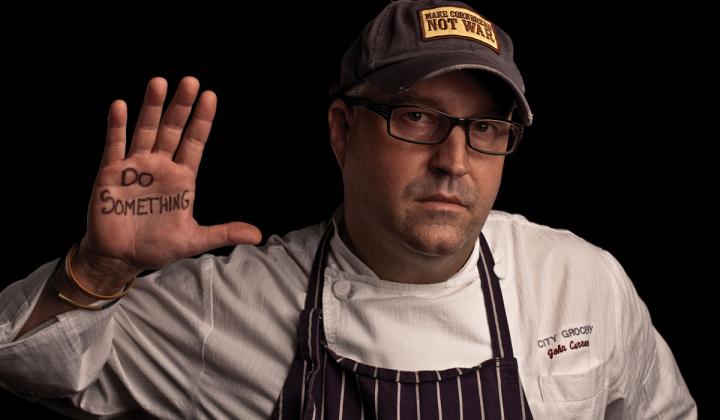 He points out that the change in consumer preferences has manifested itself in renowned restaurants around the world, from the recent overhaul of Eleven Madison Park in New York to the rebranding of Spain’s El Bulli.

“Even the people who operate some of the finest restaurants in the world realize that no matter how much the ticket price at the restaurant is, the segment of the population that they’re targeting is small and it’s shrinking. That’s not sustainable,” Currence says. “Do you want to end up like Noma or El Bulli, as a footnote in a chapter of world food history? Or do you figure out a way to continue what you want to present, but in a way that is appealing to a greater segment of the population?”

For restaurants, this shift means adapting a new perspective on aspects like service. At City Grocery, the service model has continued to evolve throughout its history, whether it’s a change in staff uniforms or the appearance of the dining room. Currence says it’s all about making people feel like they’re glad to be there rather than making them feel like a nuisance.

“For so many of these restaurants, it got to be, ‘You’re here and you paid us $600 to sit down, now we’re going to educate you about what you don’t understand.’ Now it’s, ‘What else can I do to make you understand how much I appreciate you being in that chair at this very moment?’”

Growing up in New Orleans influenced Currence’s appreciation for both food and how to treat diners. Returning home from hunting and fishing camps, Currence and his family approached cooking as a communal activity; it felt natural and organic. Giant pots of court bouillon were a preferred way for the family to employ a large volume of freshly caught redfish, and Currence would assist his father in the kitchen chopping and dicing mounds of tomatoes, peppers, and onions.

"There’s a reason I’ve been doing this my whole life. It’s a passion; it’s not a job to me. Cleaning is work, but I never look at cooking like that."—John Currence 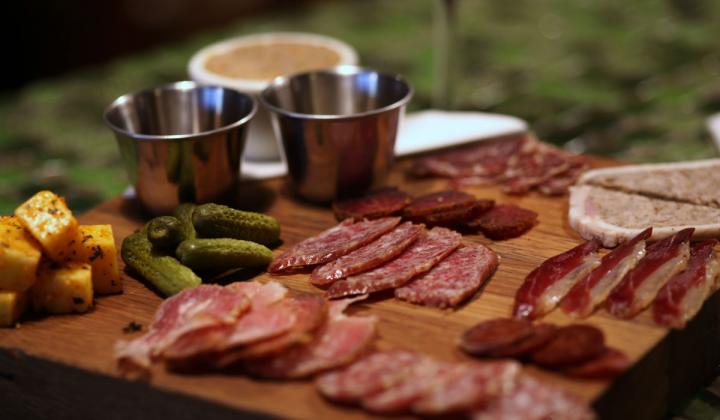 Innovation is centerstage at all of John Currence's restaurants, including Snackbar.

But New Orleans also taught him how some of the most successful and enduring restaurants treated customers. Influential New Orleans restaurateur Ella Brennan emphasized there was no better interior design for a restaurant than “an ass in every chair,” he says, adding that her philosophy was “built around just absolutely destroying people with kindness.”

With these lessons in hand and with the consumer mindset evolved to where the masses are comfortable with chef-forward fare, Currence is ready to spread his culinary influence to new parts of the country with Big Bad Breakfast. The casual breakfast chain is branching out from Oxford to new markets with a scalable restaurant format. By the end of 2018, the breakfast-centric restaurant that closes before 3 p.m. will have seven stores open; today, there are three locations, with one each in Oxford; Birmingham, Alabama; and Inlet Beach, Florida.

With a menu of biscuits, omelets, and skillets alongside plates like shrimp and grits, a fried oyster scramble, burgers, and sandwiches, the restaurant wants to apply the same menu focus chefs apply to lunch and dinner to breakfast, the chef says.

“Breakfast has just gotten sloughed off, and we wanted to take a chef’s approach to it,” Currence says. “Our food is very inventive and it’s different, and while some of it is very typical because there are certain things that people want to eat for breakfast, we do have a lot of stuff that is well off the beaten path.”

Big Bad Breakfast’s growth hinges on identifying local operators who can invest in the brand and run the business, and Currence says the restaurant has received many franchise inquiries. It will continue to focus on markets in the South—like New Orleans, Atlanta, Charleston, and Nashville—to build up to about 20 locations before jumping into other areas, including Texas, Missouri, Virginia, Maryland, and Washington, D.C. 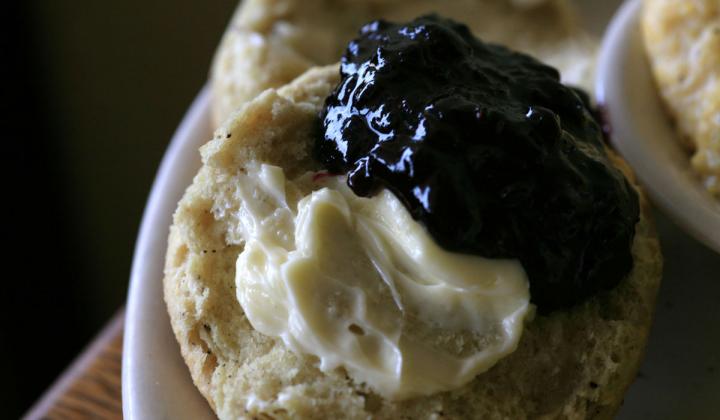 Big Bad Breakfast is branching out to new markets with a scalable format.

“Our plan is to grow in bands further and further outside of our comfort zone. ... We have enough connectivity, and there is enough room in this segment of the market that we can go almost anywhere that we want to go,” Currence says. “Big Bad Breakfast is something that folks seem to get excited about just for the name. People respond well to the brand, even without tasting the food.”

In addition to exploring an underserved mealtime, Currence is also tackling something else he feels hasn’t gotten a fair shake when it comes to cooking: tailgating. The author of two cookbooks, Pickles, Pigs, & Whiskey and Big Bad Breakfast, the chef—as a true Southerner—hopes to explore tailgating in a new cookbook, with recipes that are more inspired than dishes like chicken tenders and seven-layer dip.

“Tailgates can be so much work, and people are busy. We tend to let ourselves collapse into what’s the easiest, what’s going to please the most people, and what’s going to have the greatest room-temperature stability,” Currence says. “We want to take some things and show an easy way to do interesting stuff that’s available and inexpensive that can be prepped in advance and warmed and put out—like Malaysian glazed turkey necks and seafood gumbo, which can be served with a little room-temperature rice. Put a little bit of Tabasco on top of it and most people can’t tell if it’s hot or cold once it hits their palate.”

In whatever he’s doing, Currence refines his cuisine, continuing to absorb techniques and flavors from wherever he travels, whether it’s Korea, Malaysia, Mexico, or the Caribbean, all while retaining his lifelong passion for being in the kitchen.

“Whether I’m cooking for my family, friends, guests at the restaurant, or my 4-year-old daughter, I get the same charge out of it,” he says. “There’s a reason I’ve been doing this my whole life. It’s a passion; it’s not a job to me. Cleaning is work, but I never look at cooking like that.”