Rice and Beef Perogi. The farmer-restaurant relationship comes out in the quality of cuisine.

As it Grows, Founding Farmers Stays True to Its Mission

With farmers as investors, the expanding brand has a unique product and path for the future.
June 2018 Amanda Baltazar

In April, Farmers Restaurant Group opened its seventh restaurant, Founding Farmers in Reston, Virginia, a continuation of what co-owner Dan Simons calls “a collection” of restaurants and one that continues the company’s ethos.

That ethos is core to the mission of buying and serving food from American family farmers, and to put that mission before profit.

And Founding Farmers is able to do this because of its owners. The Kensington, Maryland-based company is majority-owned by the North Dakota Farmers Union (NDFU), a group of more than 47,000 farmers, which allows the restaurants to be authentic, Simons says.

“The most important thing about being farmer owned is that the vast majority of the investment capital comes from farmers. All investment capital comes with strings attached. So the question is what are those strings. If your investors are investment bankers on Wall Street you need to maximize the return on their investment. For us, we are promising our farmer owners that maximizing return on investment is not our primary goal, but we instead promise to remain true by buying from American family farmers and to put mission before profit.”

Even if he wants to, Simons says, he couldn’t deviate from this, since the farmers are the majority owners of the company.

In fact, the restaurant company was the brainchild of the NDFU, and the group sought out two experienced restaurateurs, Simons and his partner Mike Vucurevich, and opened the first Founding Farmers restaurant in Washington, D.C., in 2008.

For the farmers, it was a way to share their products and to advocate on behalf of the American family farmers via a stage (the restaurant). For Simons and Vucurevich it was offering up an authentic restaurant experience.

“I love the credibility and honesty of what we do,” Simons says.

Staying true to the farmers trickles down to every aspect of the restaurants, from the American-made furniture to using local artists. Every detail of every restaurant has been thought through, and while guests might not be sure why they feel a certain way in these restaurants, they do feel it. 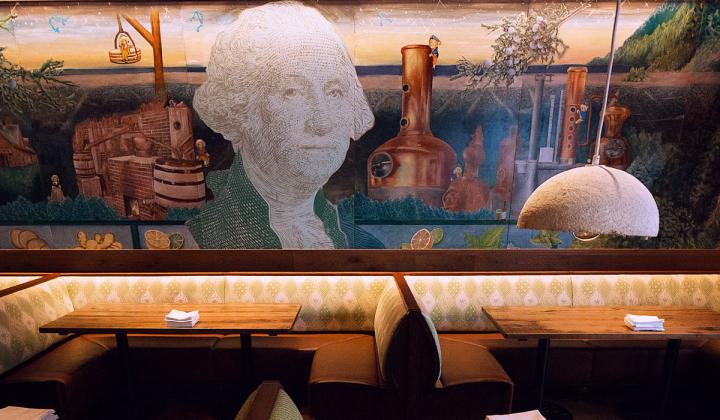 Every detail of every restaurant has been thought through at Founding Farmers.

Founding Farmers is "focused on being awesome, not huge," says co-owner Dan Simons.

All of the 47,000-plus farmers in the NDFU do not supply the Farmers restaurants with product, though many do. “We’re allowing American family farmers to be investors, which allows them to share in the American food dollar, even if they haven’t sold us any product,” Simons says. “Because it’s a way to strengthen farmers, and smaller individuals can invest smaller amounts.”

The farmers union is also a resource for the restaurant group. When it opened in King of Prussia, Pennsylvania, last November, it worked through the union to tap into Pennsylvania suppliers and now all meat comes from that state. “The network is really valuable. These folks understand all sides—it’s serious supply chain, not about finding a small box of tomatoes. They have to understand production, logistics, etc.,” Simons says.

It also means the farmers stand 100 percent behind their food and the restaurants. “They have a desire to provide food they would have their own family consume,” says Mark Watne, president of NDFU, and a farmer himself.

The goal for the restaurants, Watne says, is that they serve 100 percent family farm-sourced food and every item made from scratch. The goal for the farmers, he adds, is that they have a place to sell food, as well a connection to consumers and a subtle way to educate them. There are some financial earnings, too, of course.

The mission will stay true as Farmers Restaurant Group expands, though growth is not going to happen quickly. The company will remain in the Mid-Atlantic and move to the Northeast (Boston and New York for example), because, Simons says, that’s where they have the greatest supply expertise. Plus, each restaurant offers fresh baked items, so when the company goes into an area, the first restaurant has a bakery, which can then provide subsequent locations, so two to four are clustered in an area. 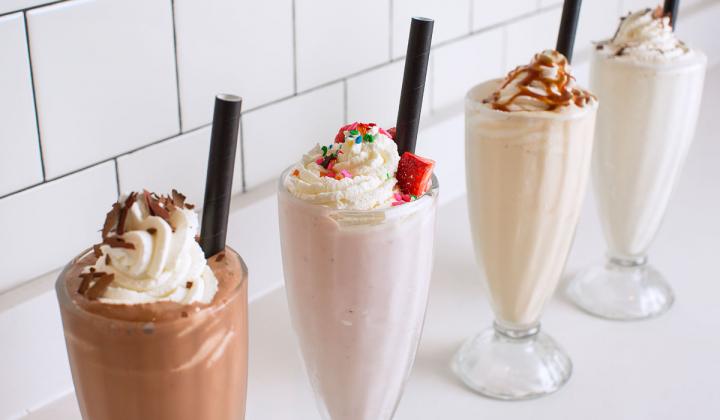 Being farmer-owned brings a lot of credibility to the restaurants, and cuisine.

“We really have to think logically about what works for our system. We’re focused on being awesome, not huge,” Simons says. He adds that big cities like Philadelphia, New York, and Chicago are appealing since they’re such great restaurant towns and easy enough for him and his partner to get to frequently.

It’s not the pace of growth that determines Farmers expansion. “It’s the other way around,” Simons says. “How good are we? How ready are we? How strong are we? When all that’s in place we do another restaurant and see how that goes. It’s the opposite of the chain mentality; it’s sensible, long-term thinking.”

And each restaurant will continue, in that non-chain vein, to have its own personality. “We want to be seen as a collection of restaurants,” Simons says. “So I don’t see a time where we will systematize it and dummy it down to make growth the top priority.”

The top priority is serving good food, and looking forward, being aware of the trends of delivery, and getting the food into people’s homes, Simons says. But at the end of the day, it’s the company’s values that stay strong and guide its purpose.

Being farmer-owned brings a lot of credibility to the restaurants, Watne says. “It is what makes us unique. Consumers like and trust farmers.”