Where Can Growth-Minded Restaurants Go for Capital These Days?

There are numerous paths to financing growth in the restaurant world, but these are particularly interesting times.

When it comes to financing the growth of Turning Point, Kirk Ruoff hasn’t been bashful. Since first opening his upscale breakfast and lunch concept in 1998—a modest 1,100-square-foot, 12-seat eatery in Little Silver, New Jersey—Ruoff has repeatedly bet on Turning Point’s ability to overcome the restaurant industry’s historically long odds.

In 2019, with 15 Turning Point restaurants in operation, Ruoff embraced private equity, inking a minority ownership deal with NewSpring Capital to kickstart additional restaurant openings. Now, Ruoff, a former Chili’s manager who has shepherded Turning Point’s evolution into a three-state, 21-unit concept, is entering the franchising game, where growth can come fast and furious with other people’s money.

“With franchising, we can go faster and work with people familiar with their own markets,” Ruoff says.

There are, as Ruoff can attest, numerous paths to financing growth in the restaurant world, but these are particularly interesting times. Not only are many full-service restaurants climbing out of pandemic-era holes, but inflation, ongoing labor issues, and supply chain challenges have further intensified the inherent risk in operating full-service restaurants, a reality testing owners’ abilities to wrangle expansion dollars.

Unlike their counterparts on the quick-service and fast-casual side, where units are more easily scaled, full-service restaurants’ innate complexity—more labor and bigger spaces, more overhead and bigger menus—has long complicated accessing capital. It is an even trickier proposition in today’s still-recovering, fast-evolving marketplace.

Banks, the cheapest source of capital and the frequent starting point for many fledgling restaurants, stand wary of a risky business that became even riskier amid the pandemic. Though full-service restaurant visits increased 18 percent in 2021 over 2020, traffic nevertheless sat 16 percent below 2019 levels, according to data from The NPD Group.

“Banks aren’t stepping up. They saw what happened during the pandemic and they’re cautious,” Hamburger says, calling government-backed SBA loans the only realistic possibility full-service restaurants have with banks. “But even then, you better have a good story and cash flow.”

Banks, Hamburger reminds, resist lending to customers they cannot be “very confident” will pay them back.

“And that’s why owners have to go beyond banks,” Hamburger says. 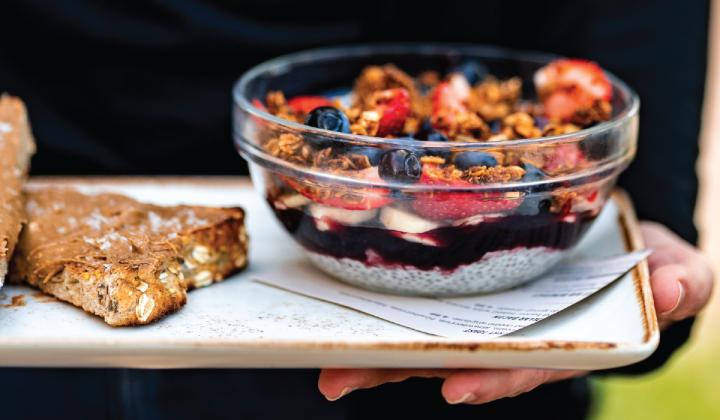 The breakfast buzz might have given First Watch a small boost in its wall street bid, but the chain already had a solid system and team in place, making it an attractive target for investors.

In an ideal world, full-service restaurants would not need outside capital. They could fund growth off their existing balance sheet, which, while slower, provides them full control of their destiny.

“We build what we can off our own balance sheet,” Dehring says. “We’re not interested in pushing too hard, too fast.” Accordingly, the Ohio-based enterprise targets about half a dozen restaurant openings each year.

Even for robust organizations like CMR, however, self-funding has become more difficult of late. The pandemic hampered cash flows while labor, supply chain, and inflationary pressures linger. In this climate, one notable opportunity—and perhaps the most likely source of growth capital for today’s full-service restaurants—has emerged: landlords and other affiliated partners.

“Now, developers and landlords aren’t doing this for everyone, but it’s a definite option for well-run concepts or emerging restaurant groups,” Reinstein says.

When CMR opened Del Mar in Naples, Florida, last December, for instance, it brought in about 10 investors. While strategic partners invested a sizable chunk of opening capital for the 9,200-square-foot upscale eatery, CMR supplied the rest, retaining partial equity and netting a management fee in the process. Using CMR’s sterling brand equity rather than its financial equity, Dehring says CMR will continue to investigate creative opportunities to raise money for new concepts, specifically one-off management deals.

“As our name recognition has grown, there are developments wanting to work with us,” Dehring says.

Hamburger suggests that full-service restaurants looking to grow contact owners of vacant spaces, particularly second-generation restaurant locations, to see if there’s willingness to participate in a buildout and opening.

“This is a particularly good spot to start right now,” Hamburger says. 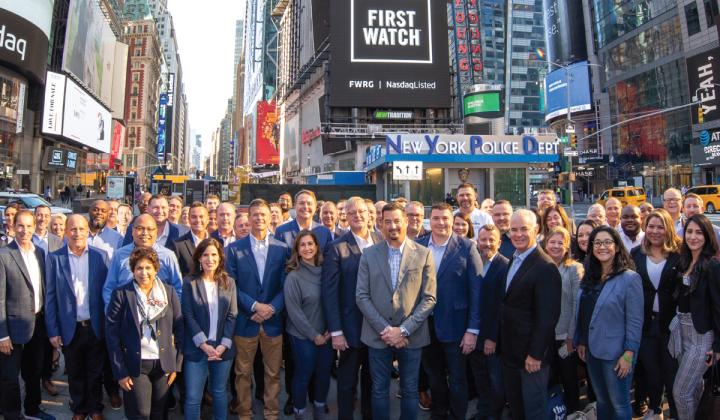 First Watch Made out handsomely in its IPO, but such stories are the exception, not the rule.

Where to go next?

Here’s where it begins to get sobering: Beyond one’s own bank account and strategic partners like a landlord, it’s not a particularly fruitful market for growth-minded full-service restaurants.

Hamburger notes some success, though not necessarily substantial dollars, in crowdfunding. By using one’s customer base as investors, restaurant ownership can raise money from well-heeled patrons and even everyday guests in exchange for equity positions in the business or even defined perks like a meal named in the investor’s honor or VIP-styled benefits.

In addition to well-known crowdfunding sites like Kickstarter, there are also regulation crowdfunding platforms like Mainvest and NextSeed, which allow a restaurant to sell securities to the public without registering them with the U.S. Securities and Exchange Commission.“This is one area in which smaller restaurants can have some success raising capital,” Hamburger says. “If you have a recognized brand, customers might be willing to invest and come along for the ride.” 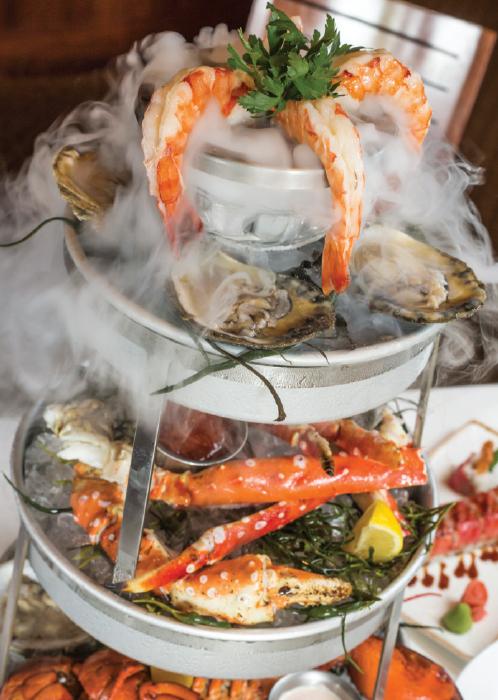 Known for dishes like the smoking shellfish tower, CMR’s largest concept, Ocean Prime, has been able to largely self-fund its growth.

Be prepared for a slow ride, though. While crowdfunding can and has been successful—Pittsburgh-based Driftwood Oven, for example, raised more than $40,000 on Kickstarter to graduate from a mobile unit into a brick-and-mortar location—it takes time to woo investment and lock in terms. On the plus side, a successful crowdfunding initiative often creates a vested army of community ambassadors eager to champion the restaurant.

“If you’re a good operator with a good base of clientele, you might have some investment-minded individuals out there,” Hamburger says, adding that some investors might see higher potential returns in a restaurant compared to other contemporary investment vehicles, including a shaky stock market.

For a few select concepts and restaurant groups, private equity and venture capital (vc) remains a possibility as well. According to data firm PitchBook, which covers private capital markets, restaurants and bars participated in 40 private equity deals and 35 VC deals last year. While both of those figures represent a decline from 2016 when 65 private equity and 70 VC deals closed, it speaks to some, albeit modest, opportunity.

Specifically, PitchBook has noted the emergence of “investors in the lower-middle market.” The Savory Restaurant Fund from private equity firm Mercato Partners, for example, aims to make controlling investments of $6–10 million in lower-middle-market restaurants like Via 313, a full-service pizza chain based in Austin, Texas.

But those thinking of attracting private equity or VC dollars better have polished operations with an expandable, high-spirited brand, multiple successful units, healthy margins, cash in the bank, and strong management at the store level.

“People want to be with winners,” Reinstein says.

To that point, Savory Fund managing director Andrew Smith said of his firm’s October 2020 investment in Via 313: “Over the past decade, there has been a lot of disruption with fast-casual pizza concepts and low-cost pizza options. None have been more interesting, nostalgic, and quality-driven as Via 313.”

And then there is franchising, a common practice in the restaurant industry, though one, yet again, heavily dominated by quick serves and fast casuals. While franchising delivers outside cash to spur restaurant count, it also takes investment to launch a franchising program, not to mention an exciting brand others will want to wed. Before announcing Turning Point’s franchising program in January, Ruoff hired a vice president of franchise development to head sales as well as public relations and real estate partners.

“We’ve had to learn the business of selling our business,” Ruoff says.

Franchising also creates the issue of finding partners who will, as Ruoff says it, “drink the Kool-Aid.” As much as franchisees bring money, market knowledge, and earnest intentions to the table, they might not be a good fit. For Ruoff, who has never closed a Turning Point unit in 24 years, that is a significant concern.

“We’re vetting our partners as best we can and asking the right questions to do our due diligence,” says Ruoff, who hopes to reach 100 total Turning Point restaurants in five years. 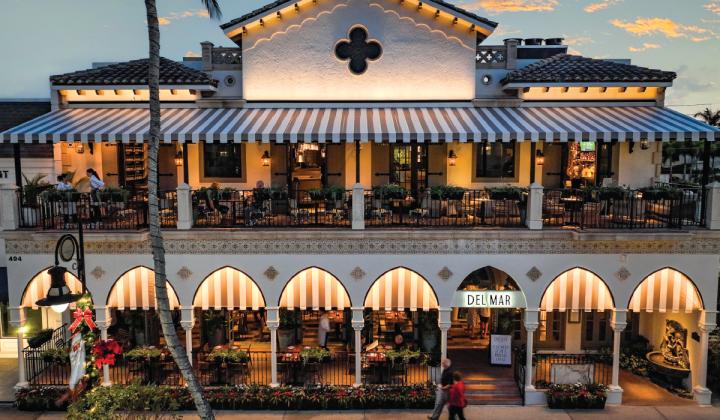 Although it brought in outside investors to open Del Mar in Naples, Florida, CMR funneled its own funds into the restaurant, as well, thus retaining partial equity.

But what of SPACs—a publicly traded special purpose acquisition company created with deal-making in mind—and initial public offerings (ipo), both of which capture headlines and spark dreamy-eyed visions of national expansion? Don’t count on it, Hamburger says.

“The small guys aren’t living in this world,” he says.

Yes, there are recent IPO examples on the full-service side, most notably the $170 million IPO from First Watch last October. First Watch senior vice president of brand strategy and innovation Matt Eisenacher says the IPO positions the nearly 450-unit breakfast concept to grow its existing markets, expand to new markets, and build long-term value “with the heightened brand awareness that comes with being a publicly traded company.”

“I’m not convinced the public markets are a great fit for restaurants given the fluctuations so commonplace in our business,” CMR’s Dehring says.

And while SPACs, such as Tastemaker and the Danny Meyer–backed USHG Acquisition Corp., enjoyed a particularly hot moment of late, much of the investment has flowed to quick-service and fast-casual concepts. Yet more, SPACs appear to be losing momentum. In one 24-hour period this past January, three different SPACs, including the Do It Again Corp. led by former Sonic executive Cliff Hudson, halted IPO plans.

“SPACs have been on a great roll, but I’d be surprised if people are talking about them in the same way at the close of this year,” Reinstein says.

As Hamburger peers upon the financing horizon for enterprising full-service restaurants, he sees slivers of unique opportunity for a chosen few but limited financing options for the masses.

“For most restaurants, you’ve got your landlord, friends and family, existing cash flow, and maybe a crowdfunding possibility,” he says. “Thereafter, it’s a tough ballgame out there.”