What to Do About Those Insane Chicken Wing Prices

It doesn't look like any relief is coming. Here's what your brand can do to stay profitable as prices soar.
September 2017 Kevin Hardy

The rising cost of chicken wings has put so much pressure on Buffalo Wings & Rings that executives formed an in-house chicken task force to find ways to tackle the problem.

“We meet every week to just go through and find out what we can do to alleviate some of the pressure,” says Tom Jenkins, director of franchise operations. “And it’s mostly the bone-in chicken wing that’s creating pressure.”

“These things in the past have come and gone. You just kind of hunker down and weather the storm and move on,” he says. “But this storm seems to be a little stronger and the forecast is a little worse than what we’ve seen in the past.”

The American supply of chicken wings has not kept up with consumers’ ravenous appetites for wingettes and drumettes. And Buffalo Wings & Rings doesn’t expect that that dynamic to change anytime soon.

“Everything that we get communicated from the supply side is that it’s just not there,” he says. “And they don’t know when they’re going to get more.”

"Chicken manufacturers now say a perfect chicken would have eight wings on it. You know, I wouldn’t put it past them to make it happen.” — Wade Winters, vice president of supply chain at Consolidated Concepts.

“Our first push is to say there are already some other options out there,” Jenkins says. “There’s not a lot of wing places like us that have a hand-pattied ground chuck and brisket blended burger.”

Buffalo Wings & Rings is even testing with other parts of the bird to see if there’s a product made of thighs or legs that might appeal to customers.

“It’s not something we’re super serious about at this point,” he says. “But if we get something in our test kitchen we like and we think our guests will like it, we’re certainly not going to shy away from it.”

He thinks a core group of customers will continue purchasing wings at the brand’s 70-plus stores no matter how high prices climb. But: “If we get to a place where we charge the same for 10 chicken wings as somebody else charges for filet mignon, it’s probably going to be a rare occurrence.”

Wade Winters, vice president of supply chain at purchasing partner Consolidated Concepts, says many restaurant brands are working to deemphasize traditional chicken wings in favor of other products like boneless wings. But that’s a difficult pivot for wing-centric concepts like Buffalo Wild Wings.

He, too, believes some die-hard fans of bone-in wings probably won’t make the leap to boneless, no matter how high prices stretch. But they’ll probably sacrifice in other ways: by accepting smaller servings of wings or shopping around for the best prices.

That demand now outstrips supply for chicken wings in the U.S. represents an ironic role reversal for the once-lowly wing: Previously considered a subpar cut of bird, wings were often shipped overseas or relegated to the world of stocks and soups. But not anymore.

“It’s kind of a byproduct,” Winters says. “Chicken manufacturers now say a perfect chicken would have eight wings on it. You know, I wouldn’t put it past them to make it happen.”

With public pressure to raise chickens humanely, Winters doesn’t expect chicken farmers to make big gains in supply any time soon. At the same time, the demand for wings is cemented into American culture. 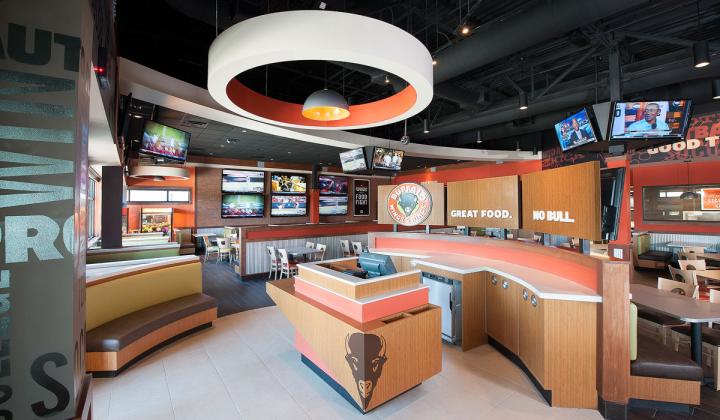 Buffalo Wings & Rings has a task force to deal with the chicken wing problem.

In an August report, Mizuho Restaurant and Proteins Analyst Jeremey Scott calculated the average price of wings above $2 per pound—more than 60 cents per pound higher than the running 10-year average.

Pricing challenges are exacerbated by the fact that most wing concepts continue to sell by the piece, not the pound, Scott wrote. Producers can grow bigger birds that yield more meat, but they so far have yet to breed a bird that yields more than two wings. In the last half-decade, more than two-thirds of the chicken production growth has come from improved weight and yield, whileonly 30 percent is attributed to more head of chicken processed.

“Wing prices appear to be off the charts,” Scott’s report reads, “but historical context points to a shift in the demand curve and implies that current levels aren't necessarily extraordinary, but rather within the range of a new normal.”

Rising prices have strained Buffalo Wild Wings so much that the casual dining chain revamped its Tuesday half-price wing offering this summer. Instead, the brand rolled out a buy-one-get-one Tuesday promotion for boneless wings.

Executives spent much of their July quarterly earnings call with investors laying out the chain’s strategy for overcoming stubbornly high wing prices. During the second quarter of 2017, Buffalo Wild Wings paid $2.05 per pound for traditional wings―6 percent higher than the year before.

“This is a historic high for wings at this time of year,” EVP and CFO Alexander Ware, told investors and analysts.

“So if you look beyond promotional days … that is a more popular item with our customer now,” then-COO James Schmidt told investors.

The sales mix at Wingstop skews more heavily toward traditional wings, with about one-third of sales deriving from boneless wings and two-thirds deriving from traditional. On an August 3 earnings call, executives explained how a new split menu would help alleviate pricing concerns.

By the end of the year, CEO Charles Morrison expects all 1,000-plus stores to move to a system that prices bone-in wings higher than their boneless counterparts. In a Las Vegas test, the brand realized a “favorable mix shift of customers” moving more toward the cheaper boneless options.

“Split-menu pricing is one way that we're addressing the significant bone-in wing inflation the market is experiencing,” Morrison told investors. “As we look to the balance of the year, it does not appear as though there are any leading indicators that suggest that bone-in wing prices will decline from their current levels.”