When service slows to a halt because of POS system failure, restaurants risk of alienating customers.

When vital technology breaks down, it becomes a liability for businesses.
September 2017 Rosie Atkins

Technology rocks—except when it’s Friday night, your point-of-service system is down for the count, and the only thing simmering in your restaurant is your impatient guests.

Sounds like a nightmare, right? It is. And I recently witnessed it myself at a favorite eatery. The weekend crowd surrounded me, waiting. For what? An antiquated restaurant POS system.

Servers could not create checks, accept credit cards, or turn tables. The manager, toddler in hand, shuffled furiously with the computer. Servers spoke amongst themselves in stage whispers. “Every time this happens, we just wait on the phone for hours,” said one, while another responded, “I tried to unplug it and plug it back in. Nothing.”

To avoid angry guests, servers started offering free desserts and drinks from the bar. Can't turn tables. Can't accept card payments. Now, they're giving away food and drinks. Fortunately, I had cash to pay for my meal, so I escaped after 30 minutes. But during the whole scene, I never heard the one magical phrase that would have made all the difference: “Don’t worry, we can work offline—without any Wi-Fi connection.”

Old Recipes Are Great. Old Tech Is Not.

Although I’d like to believe the restaurant ditched its old POS system immediately instead of further risking the loss of data, sales, payroll information, profit-loss statements, etc., it probably just chalked it up to a bad experience and moved forward. Sad, but it's human nature.

Such unwillingness by restaurants to adopt evolving technology that doesn’t leave them scrambling if one thing goes awry only serves to hurt the business.

First, it can ignite the blame game. Severs blame each other; they blame the manager; they even start to blame the guests. And in turn, the servers get blamed by patrons, who then stiff them with bad tips, even though they have no power over their stalled POS system.

The kitchen also becomes a congested mess. Many chefs, cooks, and other kitchen employees are unaccustomed to working with paper orders. Forced into a different system without prior training, they won't produce food efficiently. As a result, table-turning comes to an abrupt halt. When the restaurant POS system is down and customers can’t pay, tables stop opening up for waiting guests.

Finally, the restaurant is left without insights for the night. How can the manager and employees evaluate menu performance, server performance, and other factors when the data is limited or gone? And what about merchant and technical support systems that don’t offer any kind of backup, risking the ultimate loss of historic figures?

These all-too-common issues can and should be mitigated by getting answers to several key questions pertaining to any restaurant POS system.

On many outdated systems, the same item displays differently, impacting reporting. For instance, "chk parm" and "chicken parm" will show up as two items, even though they're the same dish. If you’re relying on this system to determine how well your chicken parmesan recipe is selling, you could make decisions based on inconsistent, inaccurate results.

2. Do you have the skills to interpret your POS system data?

Out-of-date POS systems are notorious for making restaurateurs dig deep into the world of spreadsheets. Unless you have time to dive headfirst into Microsoft Excel or you want to pay a programmer to help you, you’re in for some pain every time you want to track performance. Plus, you may not get top-notch technical help from a POS system that hasn’t evolved.

3. Does the POS system integrate flawlessly with other tech platforms?

Modern POS system technology integrates with other restaurant management tools, including inventory systems, reservation systems, and shift scheduling systems. Why export data from one system to another and risk mistakes? Instead, make sure you get a POS system that will allow you to conduct sales reports, inventory tracking, employee management, and other services.

4. Is the POS system dependent upon Wi-Fi?

Nothing can stop the beautiful hum of a restaurant faster than a Wi-Fi-dependent POS system. As soon as it’s offline, you’re stuck taking paper orders and unable to process payments. A better solution is a POS system that has offline-mode capability, which will help you maintain business as usual, even if you can’t get a signal. Even cloud-based restaurant POS systems have offline modalities that will queue credit and debit card transactions to process later.

No restaurant on the planet should have to endure the embarrassment of losing money and reputation just because of an obsolete POS system. Although it can be tough to break ties with a restaurant POS system that you’ve used for a decade, it’s worth getting better equipment to boost efficiency and customer loyalty. 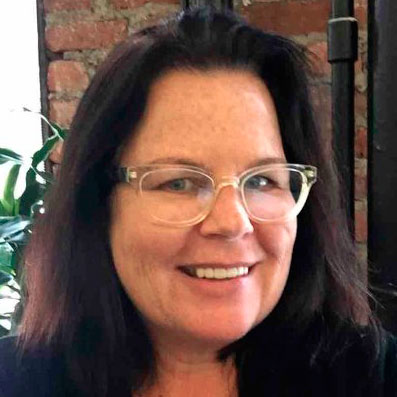 Rosie Atkins is the vice president of product management at Upserve, one of the largest and fastest¬-growing companies in the restaurant technology space. Upserve’s restaurant management system offers a complete suite of solutions purpose-built for restaurants. It uses real-time guidance to empower local restaurants to unlock their full potential. Upserve's system also includes Breadcrumb POS by Upserve, the industry's strongest cloud-based restaurant management point of sale.