When father-and-son duo Thomas and Michael Norsworthy opened 54th Street Grill & Bar on a street of the same name in Kansas City, Missouri, they weren’t looking to build a chain. But in the years since the original restaurant debuted in 1990, 54th Street has grown to 31 locations across Missouri, Kansas, and Illinois.

Neither of the Norsworthys was formally trained in anything related to running a restaurant, but they both held accounting degrees, which in a business that relies heavily on P&L statements and razor-thin margins, provided an edge. 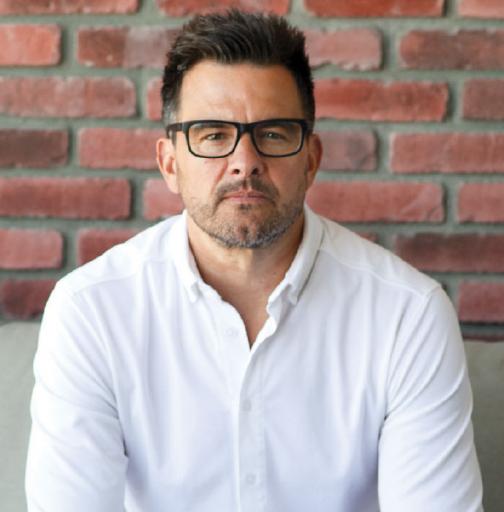 “We made a lot of mistakes in the beginning,” says Michael Norsworthy, who serves as CEO and president. “We still make mistakes now, but over time we’ve learned the business and we started to have quite a bit of success.”

Just as their business strategy evolved over time, so too did the restaurant itself. After the 19th location, all subsequent openings have been branded 54th Street Restaurant & Brewhouse. This newer iteration stays true to its roots, with scratch-made food and craft cocktails, but it also ups the ante. The atmosphere features upgraded architecture and is decidedly more polished than the original.

Each 54th Street Restaurant & Brewhouse location boasts a visible keg room with more than 100 kegs, while the bar serves 32–54 brews on tap. In addition to an expanded bar, the outdoor and patio dining area is also larger, with fire pits to boot. These al fresco spaces were especially helpful at the height of dine-in regulations.

Post-pandemic, the average 54th Street location is bringing in around $115,000 each week, with a 75/25 split for food and alcohol sales, respectively. By contrast, some established casual-dining competitors fall below $100,000 for weekly average unit volumes.

“We feel like we’re getting some traction over the last five years because we really homed in. In the casual-dining segment, no one’s doing the numbers that we’re doing,” Norsworthy says.

While fresh-faced, next-generation competitors have entered the scene with a new breed of casual dining, Norsworthy says 54th Street is performing equally or better than them in similar markets.

Still, Norsworthy admits that he is his own biggest critic; he even eats out five times a week to see where 54th Street can improve.

“It’s a matter of just gleaning and learning and comparing yourself and never being satiated and constantly wanting to improve your brand,” Norsworthy says. “I think that’s what’s made us successful. And we’ve done that for the last 30 years. We’ve made plenty of mistakes, but we’ve learned from them, and I think it’s just that passion for wanting to be better than everybody else.”

In the 1990s and early 2000s, the company dabbled with different concepts besides 54th Street, but they ultimately failed. The experience proved a pivotal lesson in the brand’s history and has helped guide Norsworthy ever since.

“We ended up saying, ‘Hey, let’s really focus on the girl we took to the dance and make this the best product that we can make,’” Norsworthy says.

Growing to 31 locations was not part of the brand’s original playbook, and to that end, it’s taken a more measured approach to expansion. In its quest for continual improvement, 54th Street makes it a point to only open one or two restaurants per year. This method also ensures the brand maintains its quality standard.

“We just kind of slowly evolved into a chain, so to speak,” Norsworthy says.

This November, 54th Street is slated to open another Dallas store. It will also focus on saturating the Austin, Texas, area, which currently has a single location in an outlying suburb. As for new markets, the polished-casual concept is zeroing in on the Nashville, Tennessee.

But throughout it all, franchising is unlikely to be part in the brand’s future. “I am a control freak. I wouldn’t franchise,” Norsworthy says.

This control allowed the company to use its reserve cash when the pandemic pummeled the restaurant industry. Norsworthy says 54th Street used these funds to weather the storm, adding that the brand has always kept itself prepared for the unexpected.

During the pandemic and shelter-in-place orders, 54th Street relied on its established curbside pickup program and delivery partners. These built-in systems meant it had an easier transition than many restaurants. By late spring 2020, 54th Street was doing 50–75 percent of normal business sales, but all through off-premises.

Before COVID-19, to-go sales comprised 15 percent of business, but at press time it was closer to 30 percent—a figure that Norsworthy expects the restaurant to roughly maintain, even as life returns to normal.

That said, he’s eager to welcome guests back into 54th Street’s dining rooms.

“We hope to wow them with ambience, food, price, and service,” Norsworthy says. “I want them to walk out and go, ‘Hey, in the casual-dining [sector], 54th Street Restaurant & Drafthouse is the best of breed.”