A restaurant crisis can come in many forms, including foodborne illness, so it's best to plan for all possible scenarios.

Does Your Team Know What To Do in a Food Safety Crisis?

For those of us in the food service industry, when we hear the words “food safety crisis,” we immediately think foodborne illness outbreak, then our minds hurdle to some of our country’s worst incidents. In 1993, Jack in the Box suffered an E. coli outbreak when 732 people were infected with the Escherichia coli O157:H7. Four children died and 178 other victims were left with permanent injuries, including kidney and brain damage. In February 2007, Peter Pan and some Great Value (Walmart's store brand) peanut butters were linked to 425 cases of salmonellosis across the United States. The Peanut Corporation of America was the source of the colossal salmonella outbreak in 2008 and 2009, where nine people died and at least 714 people—half of them children—fell ill, all from food poisoning after eating products containing contaminated peanuts. Chipotle is recovering from yet another norovirus occurrence after an unprecedented run of foodborne illness outbreaks in 2015.

A food safety crisis isn’t necessarily a foodborne illness incident or outbreak where someone got ill, injured, or died. According to Food Safety Magazine, during 2016, there were approximately 764 product recalls, that’s an average of 2.1 per day. The leading causes were undeclared allergens and Listeria contamination. The costs associated with these recalls are staggering. Recalls—even if no one was sickened—are certainly a crisis situation for the companies involved.

And what about other unexpected crises: a robbery, a customer has a heart attack and dies at your restaurant, a car drives through the front wall, someone places a bomb in the trash can at your front entrance, there’s an unexpected power outage, or a shooting at your venue? Yes, sadly, these are all real possibilities. Does your team know exactly what to do? Where to start? Remember, the overwhelming majority of your employees are going to panic and forget everything they’ve ever been told—it’s normal. Therefore, it is important to be prepared for every type of crisis imaginable.

When you’re developing your plan (and/or thinking about how to recover from a crisis), here are some things to consider and implement:

The role of the local health department varies from jurisdiction to jurisdiction, so get to know your local inspectors. Find out which agency is responsible for your operation local, state, the FDA or maybe a combination. Discover how the organizations interact with one another. You want to know all this information prior to an incident occurring. Don’t be afraid to work with your regulatory agencies, they want to help.

3. Know whether you are one of 20 states that have emergency response teams funded by the FDA

What do you do if you’re not one of them and a disaster strikes?

4. Know whether your state has a Food Safety and Inspection Task Force

Find out what help they offer and how you can leverage their services.

This will, of course, need to be developed to meet the specifics of your situation, whether that’s a foodborne illness incident or other crisis. Regardless of what happened, you’ll need to honestly describe the situation and explain the solutions-focused plan you’ve created to move forward. Transparency is important, otherwise the general public will lose confidence and trust.

6. Work with the media to disseminate information about the incident

The media want to report what has happened, and it’s in your best interest to be straightforward with them about the occurrence. Identify where there was a breakdown in your process—whether you received tainted merchandise from a vendor or experienced an error in the kitchen—and explain the concrete steps you’re taking to fix it and prevent a reoccurrence (e.g., selecting different vendors, re-training your staff, adjusting your food allergy protocols, etc.).

7. Train (or re-train) your staff on food safety protocols

Be certain that everyone is knowledgeable about food safety (e.g., how to prevent cross-contamination, how to properly prepare allergy-friendly meals, etc.) to avoid similar crisis situations in the future.

Some restaurants (and other businesses) experience a “social media crisis” that negatively impacts their reputation (online and off). An Applebee’s employee recently posted inappropriate things about a customer, and many followers were offended. Applebee’s reacted defensively, firing back hostile comments that added fuel to the fire. Then they started deleting the online threads about the incident, rather than addressing them rationally, which angered their followers and caused additional damage. Don’t get defensive and don’t allow yourself to get sucked into toxic, negative message spirals. Messages on social media (as well as in real life) should always be positive and professional.

9. Communicate with your customers and employees to win back their trust

Again, be honest, sincere and apologetic. Explain how and why their loyalty is so important to you, and vow to earn their trust again.

Did a vendor mislabel ingredients, causing an allergic reaction in one of your guests? Did they source tainted products and sell them to you? Did they hold foods at unsafe temperatures, causing bacteria to grow, which sickened your customers? Change vendors, and be clear in your communications (to media, via social media platforms, etc.) that you identified the vendor as the source of the problem, explaining that you’ve cut ties to them to eliminate similar events in the future.

It’s important that you (or someone on your team) monitor social media (Facebook, Twitter, Instagram, etc.) and respond to negative and/or erroneous comments. Don’t get defensive and don’t allow yourself to get sucked into toxic, negative message spirals. Stay on message, remain positive, and explain how you’re working to fix the situation.

12. Thank the responders that helped

Perhaps your crisis wasn’t a foodborne illness—it was a customer dying of natural causes or there was a bomb threat at your restaurant. Perhaps it was an electrical fire or an active shooter onsite. Use the media and social media platforms to thank the police, fire department, paramedics—whichever responders helped defuse the situation.

When facing a serious crisis, your restaurant’s CEO/owner/president should be the spokesperson. The public wants the head of the company to speak authoritatively about the incident and the concrete plans to resolve the problem. Work with a professional crisis management team so your spokesperson doesn’t do more harm than good in interviews. For instance, Steve Ells, the CEO of Chipotle, was widely criticized for his delayed statements in the wake of the chain’s massive (and multiple) foodborne illness outbreaks in 2015. Further, he appeared nervous—not authoritative—in his television interviews, which did not reassure a nervous public that he was in control of the situation. In fact, he just doesn’t like to appear on camera. Practice your messages before going in front of the cameras, anticipate the most challenging questions you may receive, and determine how you’ll respond professionally, politely, and non-defensively.

No comment is not an acceptable response. It makes you look like you have something to hide. Even though everyone in the company will be busy during a crisis, someone must take time to speak with the media. It is imperative that whomever is assigned this task is professionally trained to speak with the press and handle interviews.

Everything you say must convey sincere apologies, identify the problem and focus on successfully moving forward. What you say to the media should be the same messages as you’re posting on Facebook, telling customers/employees in person, etc.

While it’s upsetting (and also terrifying!) to be in a crisis situation, your best bet is to remain calm as you work to recover from the incident. Follow your crisis plan and communicate your key messages. Make certain that important audiences (including customers, prospects, employees, the media, vendors, health inspectors, etc.) recognize how hard you’re working to prevent similar incidents in the future.

17. Debrief after the crisis is over

Get the crisis management team together and debrief. Review your plan and see if there is any room for improvement for future preparedness.

I recently attended the International Association for Food Protection Conference (IAFP) in Tampa, FL and the one thing many of us agreed on is, it’s not a matter of if you will have a crisis—it’s when. 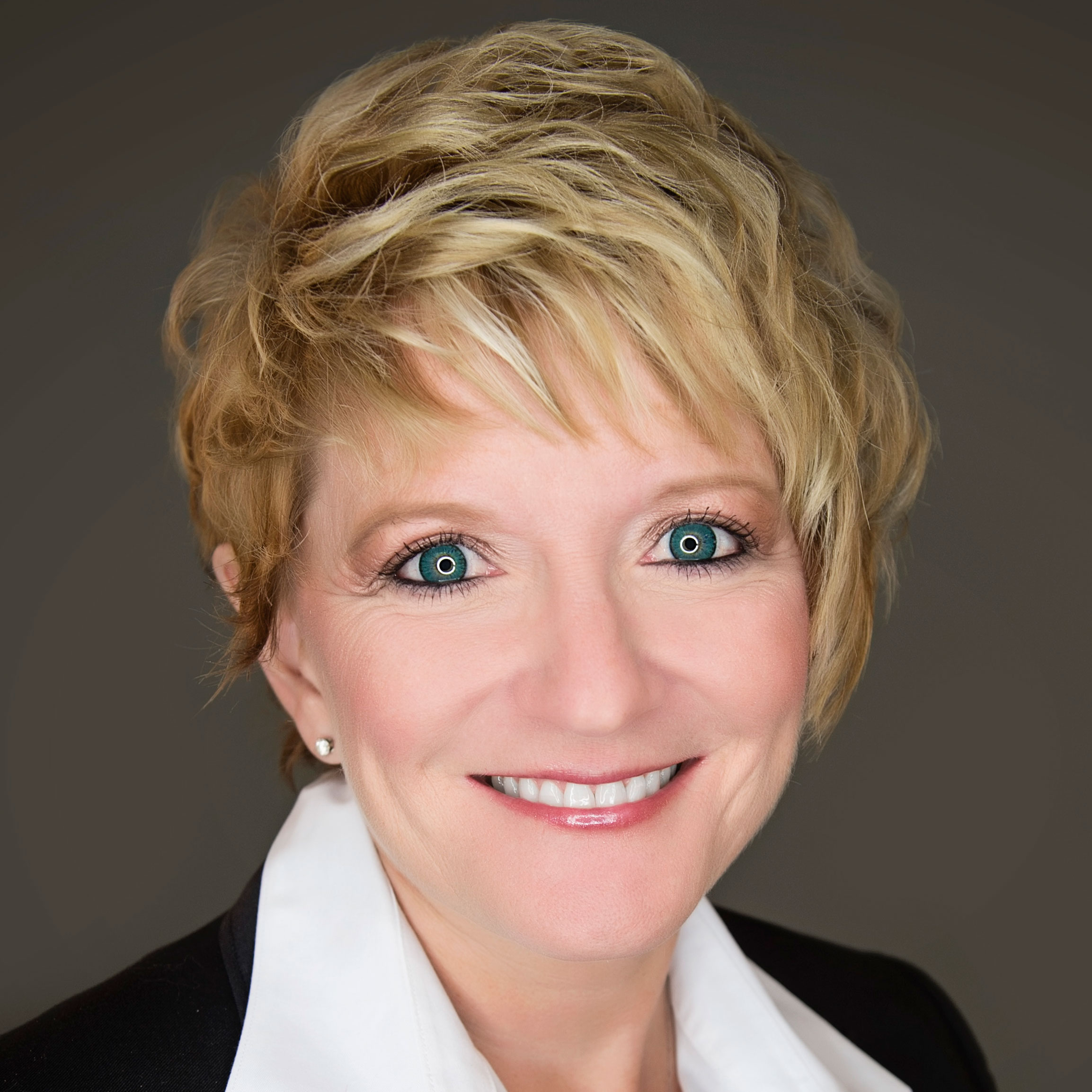