Chris Cosentino owns three restaurants—Cockscomb in San Francisco, Acacia House in Napa Valley, and Jackrabbit in Portland, Oregon, pictured above. Two out of three, Acacia House and Jackrabbit, are in hotels. Get his tip and tricks for hotel restaurant service in our October 2018 feature.

Yours Truly: It's Cool to Fail, If You Own It

How owning your failures can inspire your staff and build your success.
December 2018 Laura D'Alessandro

I was chatting with chef Chris Cosentino recently and he said, “Failure is not an option.” We were talking about how, as a young executive chef, it felt perhaps easier to fail, as opposed to how he feels in his position now as a chef and owner, not to mention husband and father. Now, he feels, with people counting on him, he just can’t let them down.

We hear failure rhetoric a lot, seemingly in every industry, from banks and corporations that are “too big to fail,” to the “fail more” ethos of Silicon Valley, and perhaps even in the restaurant kitchen, where chef says, “Failure is not an option,” and our only response in the moment may be, “Oui, chef.” 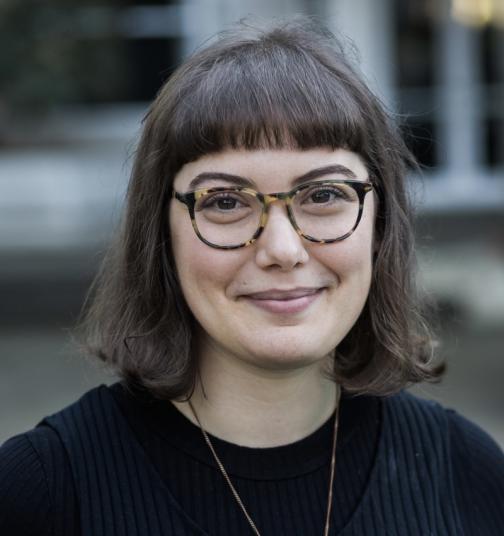 For managers, restaurant owners, operators, and maybe just everyone, reality seems to exist much closer to the in-between of all these axioms—the middle path, if you will; a Buddhist term for the path that leads to liberation. Right along with that, the axiom that comes to mind seems in line with Zen Buddhism. Accept that we’ll fail, and just own it.

I know what you’re thinking. It’s just not that simple. I get it. The perfectionist in me says, avoid failure. But we can work with that constructively, too. Don’t set out to fail; identify your strengths and put them to use as best as you can. But we’re human, right? In the restaurant industry, for example, one of the things we’ll (hopefully) never get away from is the human touchpoint. And humans, by our very nature, fail.

But there is, and I hate to say this, a way to fail at failing. And that is to not admit our failures, or worse, skirt responsibility altogether and blame our failures on someone or something else. That attitude, in the restaurant or any place of business, is a recipe for disaster, one that breeds contempt among teams and lowers morale. What adds insult to injury? Gloating about your own achievements without giving credit to those very important bumps in the road.

On the flip side, confessing your failures will get your message through to employees, says a recent article on the Harvard Business School’s blog Working Knowledge. When team members see someone oozing achievement, sprinting up the corporate ladder, and earning the big bucks, they’re very likely to feel envious. One way to turn that envy around is to be honest about the struggles you faced on the way to the top.

“I struggled,” Cosentino said during our chat. He’s the last guy to take the spotlight and point toward his achievements, though they are grand indeed, having won several televised chef competitions and now owning and operating three restaurants in two states. “Don’t be like Chris Cosentino,” he joked when asked to give advice for other young chefs. Failure may not be an option in Cosentino’s eyes, but he is one person who has failed very well, and transmuted—if you will—that failure into huge success.

Laura D'Alessandro is the editor of FSR magazine. Before joining the FSR team in 2017, Laura made those viral recipe videos at Tastemade in Los Angeles where she became entrenched in internet food. While living in LA, Laura also worked independently as a food blogger, recipe developer and workshop leader specializing in plant-forward meal prep. Previously, she was a trade magazine editor in Washington, D.C. and has a Master's degree in Digital Storytelling from American University.