To say Clover serves above-average food truck fare would be a vast understatement.

6 Food Trucks That Will Change Your Life

The out-of-control food truck world is easy to get lost in.
May 2017 Danny Klein

Recently, I walked through a food truck rodeo alone. I’m not afraid to admit I was flying solo. I was going to bring my Basset hound until I recalled our last dinner date, which took place at a brewery on a sunny, cold afternoon. Somebody toppled a Jenga set, she howled, grabbed a mouthful of pulled pork off a table, and I ended up disappearing before the crowds noticed.

Like most Americans, this wasn’t my first food truck experience. The industry has come a long way, no doubt. I would actually say, similar to craft beer, that in some ways it has come too far. There was a day when craft beer was only made by homebrewers and small companies who possessed a passion for the art and truly knew what they were doing. Now, many of these “local” brewers are companies that have an affinity for a paycheck. Example: IPAs, and the many, horrible, awful versions being tapped at restaurants across America. Generally speaking, those who start the wave are better than those who ride it.

Food trucks went from being universally sketchy to interesting. Then from interesting to elevated and downright impressive at times. These days, there are still outstanding trucks and then there are those serving microwaved hot dogs in ramen bowls.

The food truck remains a great way for a chef to enter the industry with a low barrier, and also for existing concepts to market and test their food in a new city or in front of a different demographic. It also introduces consumers to food, often ethnic, that they wouldn’t have explored before.

Here are five trucks taking things to the next level. 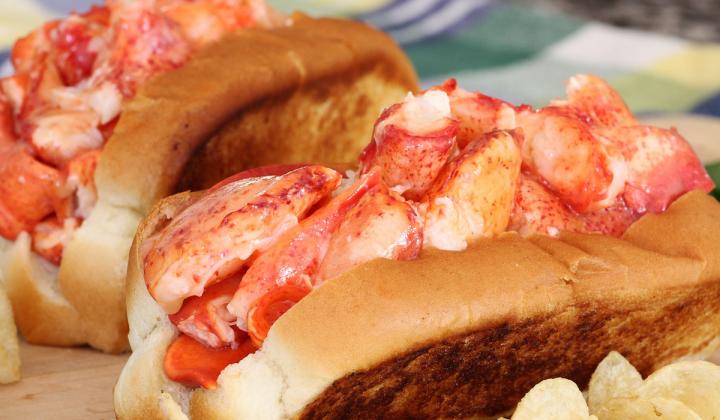 That lobster roll tastes as good as it looks.

The concept, started in April 2012 by Sabin Lomac and Jim Tselikis, received a $55,000 investment from Barbara Corcoran on “Shark Tank.” It’s all been butter since. You can find trucks in 13 markets (Atlanta, Dallas, Houston, LA, Las Vegas, Napa Valley, Nashville, Orlando, Phoenix, Raleigh, San Diego, Sacramento, San Antonio). Cousins operates on a franchising model, which probably felt all but impossible back in the day for a food truck. But the eatery, which has appeared on The Chew, The Katie Couric Show, and has handfuls of local awards, defies the odds in its own right. Lobster from a truck? Lines wrap around city blocks (I waited 45 minutes or so). The product is fresh and straightforward, as it should be, and there’s also a growing Shore to Door service that allows customers to order lobster from the company’s Maine facility to their homes. 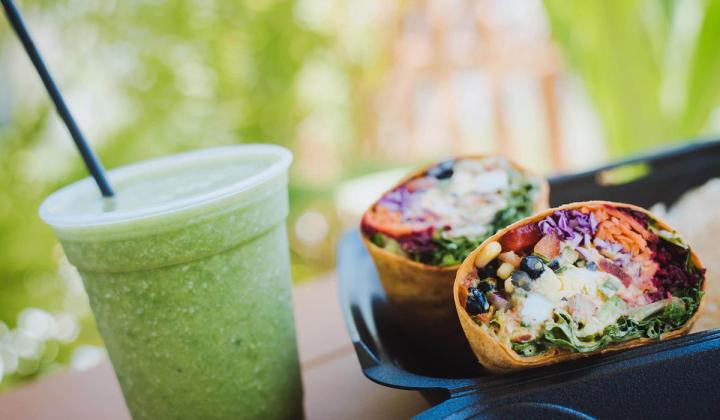 What is garlic nutritional yeast dressing? I haven’t cared since the moment I first tried it. I went here once a week, every week, for probably a year until I moved from the Oldest City. Crave is a random turn down a hard-to-find street facing the water near a dock with cats crawling everywhere. Or at least that’s how I remember it. It’s also home to wraps and salads that aren’t exactly complicated, but just simply better than pretty much everything else around. The concept expanded to a stationary beach location, which happens to be down the street from where my father retired. Some things in this world are just meant to be. 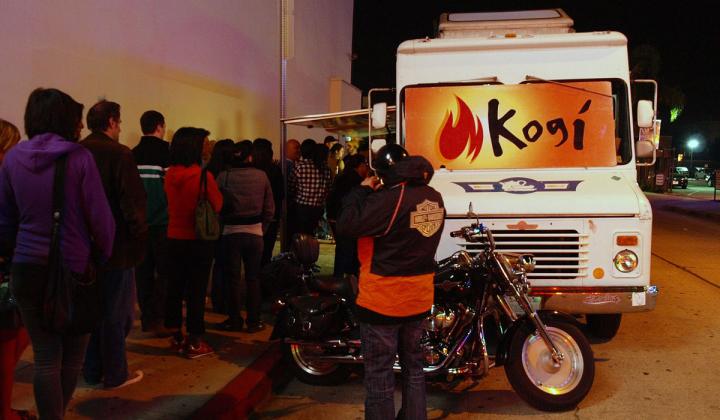 Kogi BBQ is the OG of food trucks in Los Angeles.

Roy Choi’s legendary establishment has its own Wikipedia page. What else needs to be said? Choi was named a Best New Chef by Food & Wine in 2010—a first for a food truck visionary. By now, the story of how Kogi took off is well documented. It leveraged Twitter to announce locations and take its business viral in a way no brick-and-mortar store ever could. The short rib taco—crisply griddled homemade corn tortillas, double-caramelized Korean barbecue, salsa roja, cilantro-onion-lime relish, and a Napa Romaine slaw tossed in a chili-soy vinaigrette, is an iconic LA dish. There are now counter sister concepts to join the four trucks. They are in Culver City at Alibi Room and there’s a sit-down restaurant, Chego!, in Palm, Chinatown, and Whole Foods Market DTLA. 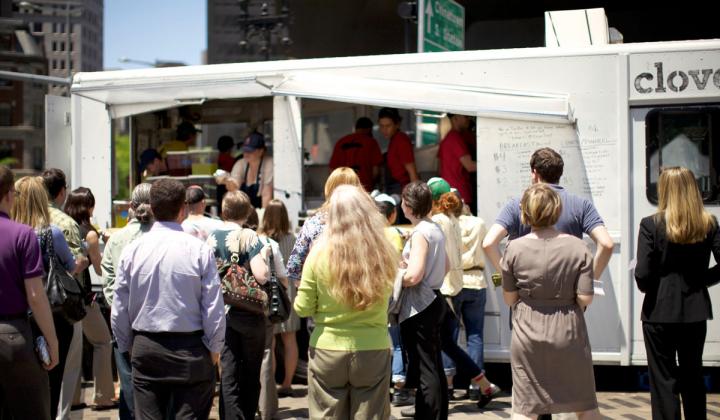 Will Clover become as big as McDonald's? The world can hope.

When I spoke to Clover recently for QSR’s inaugural 40/40 list recognizing the next big things in fast casual, the brand told me this: “We want to be bigger than McDonald's some day." Were they being literal? My guess is no, but I admire the bravado. And no offense to McDonald’s, but if this actually happened, the U.S. would be a much healthier place. Think Shiitake Mushroom Sandwiches for everyone. It wouldn’t be slower, either. Clover says it averages three-and-half minutes per order. Up to 85 percent of the ingredients are from the Northeast, up to 60 percent are organic, the menu changes daily, tomatoes are cut when you order, and 100 percent of everything is compostable. So yeah, it’s a different kind of joint. And it all started with a food truck driving around the Massachusetts Institute of Technology in 2008, which is where founder Ayr Muir was a material science graduate before going on to earn a Harvard MBA. There are 10 restaurants to go along with two trucks. 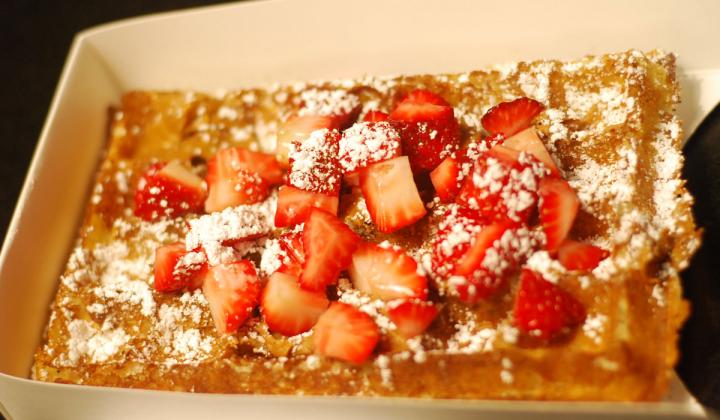 This isn't the wafel that beat Bobby Flay, but it probably could have.

Growing up in NYC, the idea of there being a waffle (wafel, sorry) truck would have been interesting. If it wasn’t rotating on a stick or dipped in gray water, it wasn’t for me. But these are finer times we live in. I’ve been to Wafels & Dinges twice on trips back to the Big Apple. This past visit, I wasn’t even looking for it. My wife and I stepped out of Central Park (she wanted to go to Tiffany’s) and there it was. The Throwdown Wafel, named after the truck’s infamous defeat of Bobby Flay on his TV show, followed. It’s a Liege wafel covered with Spekuloos Spread and Whipped Cream. I can’t pronounce that but I can tell you, thanks to the website, that it’s made with Belgian gingerbread cookies. It’s as ridiculous and magical as it sounds.

The wafels are made in a commissary in Brooklyn where guests can try them as they pop out. There are nine other spots to find the food, which was originally distributed from a 1968 Chevy truck in 2007. 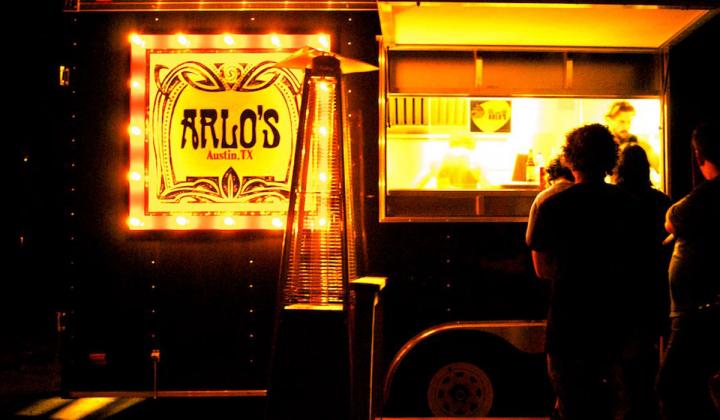 You won't regret that late-night stop at Arlo's.

The food truck scene is a crowded one in Texas’ capital city. Arlo’s has built its following by turning late-night eating into a guilt-free experience. The plant-based food is all about local, organic, and non-GMO. Food is made fresh on-site and features such items as a Bac’n Cheeze Burger—house-made soy free & gluten free patty, with house-made seitan bac’n, melted cheese, mayo, ketchup, mustard, tomatoes, onions, pickles, lettuce. As you can see, the food might be plant-based but it is far from dainty.  There are three locations, at Cheerup Charlie’s, the Grackle, and Spider House Cafe.