5 Hyper-Local Beers You Need to Be Drinking

Sourcing local ingredients, and even foraging, has become the norm for restaurants across the country.

Whereas a list of local ingredient sources used to always grace menus to let customers know where the food came from, now some restaurants don’t bother taking up space with all the farm names. It’s what customers want, and what they’ve come to expect.

“Any restaurant here in Chicago that’s not sourcing from local farms is not really [relevant]. Even eight or nine years ago, you’d see the farm names across the menu, and now they’re kind of getting away from that because of course it’s coming from local farms,” baker Greg Wade of Publican Quality Bread in Chicago told me in a recent interview.

But in brewing beer, this return-to-origin approach has been progressing, and consumers are taking notice of breweries around the country that work through the challenges and costs that may arise in sourcing local and regional ingredients—even yeast—to make a beverage that has a sense of place.

At the recent Brewvival beer festival in Charleston, South Carolina, I had the chance to taste beers from several of these regional and community oriented breweries, and here are five that stood out. 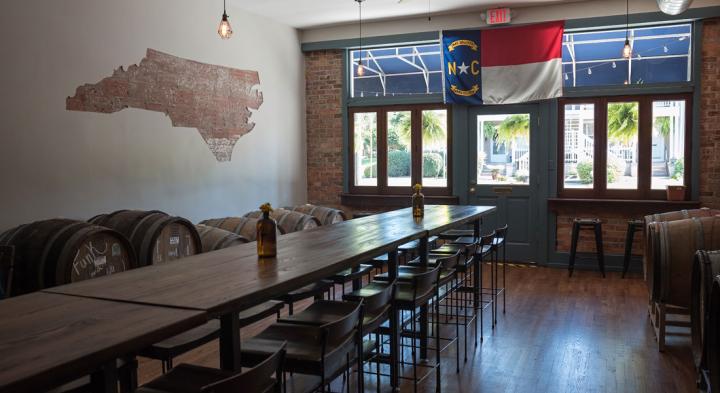 Fonta Flora recently acquired property to begin a farm where it will grow ingredients for brewing.

In the small town of Morganton, North Carolina—about an hour from the beer haven of Asheville—is Fonta Flora Brewery. Crafting what Fonta Flora calls Appalachian Wild Ales, the brewery focuses on sourcing local grains from Riverbend Malt House in Asheville, and even forages the countryside for wild flora—like chanterelle mushrooms and dandelion roots and leaves—to incorporate into beers. The brewery has even recently acquired property to begin a farm where it will grow ingredients for brewing.

Beers like Big Shrug—fermented with blackberries and fennel—and Carolina Custard—fermented with paw paw fruit—pay homage to the seasonal herbs and fruits of Western North Carolina. 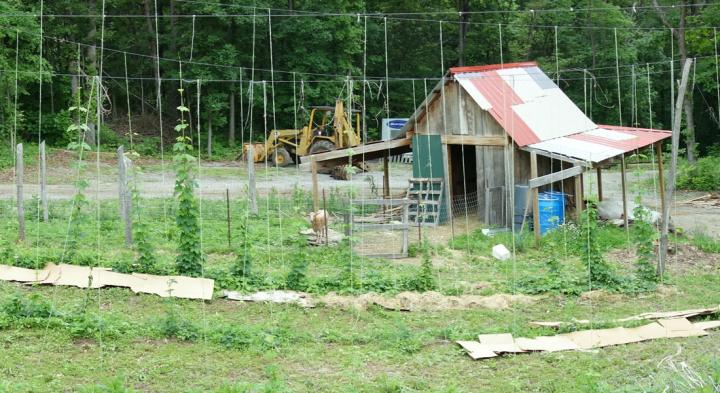 As both a farm and a brewery, Scratch does it all.

Located five miles from the Shawnee National Forest in Ava, Illinois, Scratch Brewing Company has an ever changing rotation of beers made with everything from maple sap to nettle.

As both a farm and a brewery, Scratch does it all, from creating pizza with its own sourdough culture baked in a wood-fired brick oven to writing books about how to add seasonal produce to beer.

The farmhouse brewery has both brewmasters and full-time farmers, who tend to hop production and the garden. And if Scratch doesn’t grow it, then they will go out and find it, often foraging for ingredients throughout the property and beyond. Its Single Tree Hickory sour ale is brewed without hops and bittered and flavored with components all from a hickory tree: the leaves, nuts, hulls, and toasted bark. Its Sumac sour is also brewed without hops and bittered and flavored with staghorn sumac, yellow sweet clover, and rested on toasted oak heartwood, all from the Scratch property. But the brewery also does its own take on more conventional styles, such as its Basil India Pale Ale, brewed with lemon basil, sweet basil, holy basil, and honey. 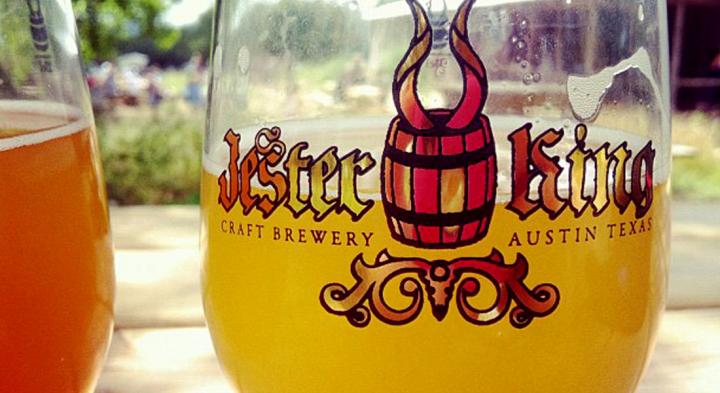 Set on a ranch just outside of Austin, Texas, Jester King is committed to creating beers that showcase the Texas hill country.

Using its own well water and wild yeasts and bacteria for spontaneous fermentation, Jester King crafts a variety of styles, from barrel-aged sour ales with fruit like Texas-grown Lenoir grapes to the culinary-inspired Vernal Dichotomous made with grilled lemons and smoked paprika. The brewery recently released its Part & Parcel, which it says is “the first beer in modern history brewed with 100 percent Texas grown and malted grain.”

“In this case, the land told us what beer to make, not the other way around,” founder Jeffrey Stuffings wrote in a blog post. “We didn’t set out to create a specific flavor (or) aroma profile. Rather, we took what was available to us from our surroundings, which then determined how the beer tasted and smelled. We didn’t ‘master’ the beer by bending nature to our will. We took what nature gave us and presented it as straightforwardly as we could.”

Jester King has also undertaken the daunting task of creating beer in the style of the highly regarded Belgian gueuze, created by blending spontaneously fermented beer that has been aging for varying years in oak. The first iteration of this beer—called SPON Méthode Gueuze—released late last year and captures the funky, acidic, and dry flavors of the style.

In brewing beer, this return-to-origin approach has been progressing, and consumers are taking notice of breweries around the country that work through the challenges and costs that may arise in sourcing local and regional ingredients—even yeast—to make a beverage that has a sense of place. 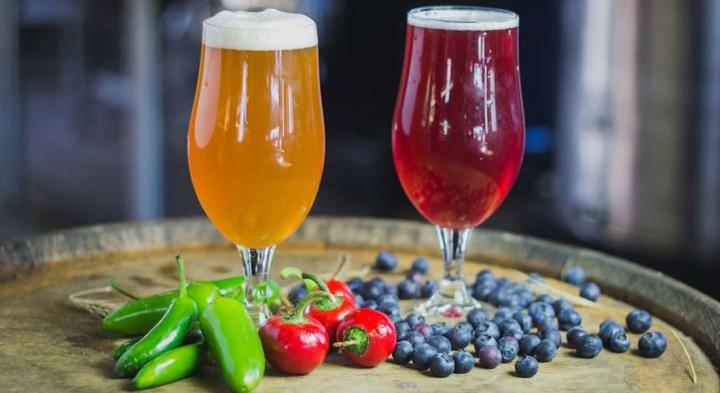 Carolina Bauernhaus covers a wide swath of styles in its taproom, from farmhouse ales to India Pale Ales to stouts.

In an effort to honor the agricultural resources of upstate South Carolina, Carolina Bauernhaus in Anderson uses local ingredients throughout its supply chain, from malt and grains to yeast and hops. And with a leadership team that includes a bioprocess engineer from Clemson University, an alcohol industry attorney, and a long-time homebrewer, the brewery has a lot of experience behind it.

Carolina Bauernhaus covers a wide swath of styles in its taproom, from farmhouse ales to India Pale Ales to stouts, and is constantly experimenting with the ingredient bounty in the region, whether it’s muscadines or apples. Its Opuntia saison is aged on local opuntia fruit—otherwise known as prickly pear—and the sour golden ale Bradford utilizes pureed heirloom Bradford watermelon. 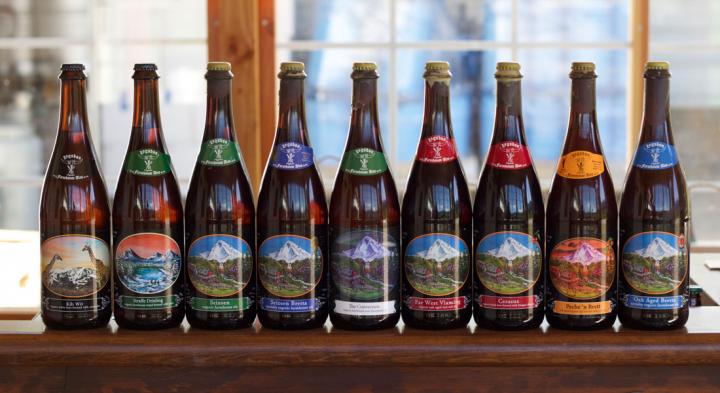 At Logsdon Farmhouse Ales in Hood River, Oregon, the brewing takes place in a big red barn. Founded in 2009, the brewery focuses on organic farmhouse beers that often incorporate Oregon hops and fruit.