Rocky Road Profiteroles are several notches above an ice cream cone in the backyard, but it speaks to Chef Mina’s intent for Pizza & Burger.

As another Miami summer descended upon the famed Fontainebleau, Michael Mina decided his fine-dining restaurant could use a vacation. In the space formerly occupied by Michael Mina 74, he wanted to open a casual, relaxed venue where sunscreen-soaked guests could feel as comfortable in board shorts as they would in dinner jackets.

For inspiration, he envisioned just a typical night in the Mina family backyard. Of course, being invited to a chef’s house is nothing like visiting the neighbor’s house for wings and beer. “Simple things,” says Chef Mina, whose eponymous restaurant group operates 29 units across 10 states and Dubai, “like pulling a pizza pie out of the oven and putting butter-poached lobster on it.”

The result was Pizza & Burger, which—like Mina’s own personal parties—sounds a lot more elementary than it really is. The concept popped up in June and was a success “basically overnight,” says Joshua Summers, the vice president of food and beverage at Fontainebleau Miami Beach. 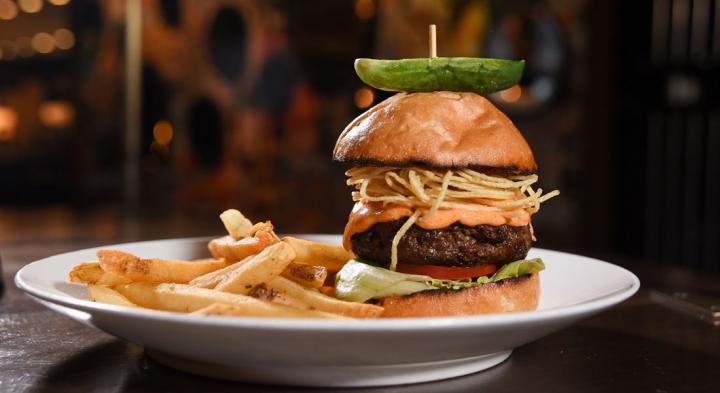 In fact, it was so well received that Chef Mina and Summers simply couldn’t say goodbye when the calendar turned over into fall. The team announced that Pizza & Burger would become a permanent fixture this past October, completing a conversation that began with a rather simple—and quickly decided—debate.

“We started talking about it,” Mina says “And we kept saying, ‘Wow, we’re going to hate to see it go. But does it really have to go?’”

The answer was a resounding “no.” Were there logistical and intellectual concerns? Of course, but there was simply no denying the perks.

At Michael Mina 74, they were consistently doing 150 to 175 covers at the dinner-only restaurant. That number was roughly double at Pizza & Burger, Mina says. Not to mention, the new concept was also opening for lunch, enjoying around 150 additional covers.

This easily made up for the difference in check average, which dipped from around $100 per person to $35, with a 50/50 split of beverage and food. 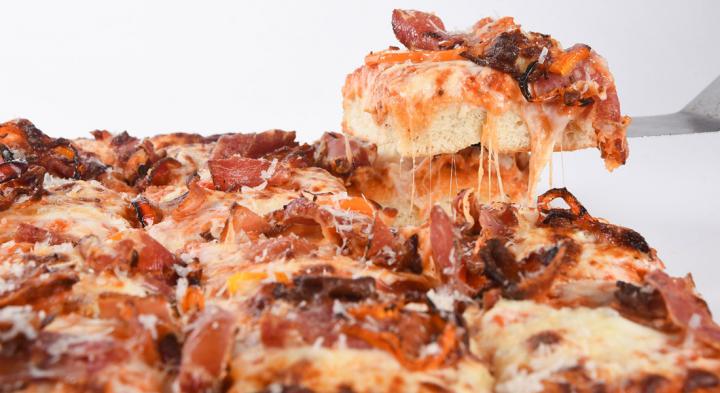 “It was difficult because Michael Mina 74 was truly my favorite restaurant,” Summers says. “But sometimes you have to take an idea you believe in and run with it. Everybody was committed to the project and I think, clearly, six months into it we’re all seeing that it was the right decision. It fits a niche in the property perfectly.”

That niche, Summer says, is the jigsaw piece the 1,500-room hotel was mis-sing. He explains that long-term guests don’t always want to don their nighttime best and open up the checkbook for dinner. Having a more approachable option keeps visitors from hailing a cab and seeking out a more reasonable restaurant on, say, a Monday afternoon.

“I think that’s the biggest win here,” Summers notes. “I think about 10 percent of our traffic now was potentially lost traffic before.”

There was no question, however, that completing this facelift was going to disrupt some customer harmony. Like Summers, there were many regulars who counted Michael Mina 74 among their cherished options in the Magic City.

To combat this, Chef Mina deployed his email base, as well as the Fontainebleau’s, to reach out to loyal guests and invite them into the new concept for a trial. Mina admits that the name of the restaurant made some of those diners pause.

As they soon found out, however, you shouldn’t always judge a menu by its cover. 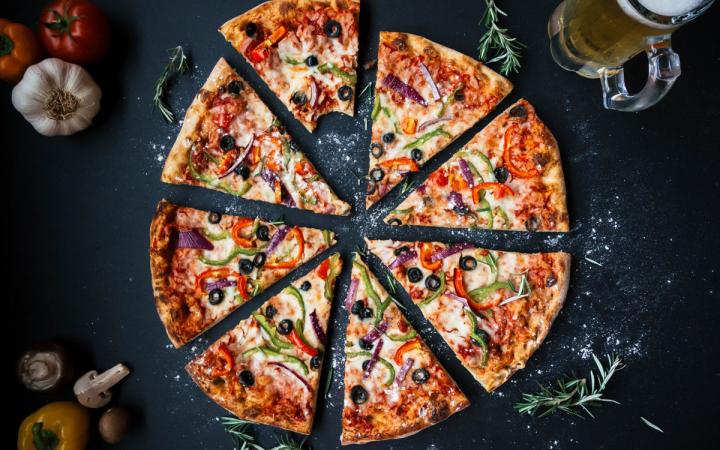 Pizza & Burger's laid-back vibe has been a hit with hotel guests.

“I think they thought it was going to be real, real simple—pizzas and burgers and everything classic. But once they saw the flair and culinary side of it, it still became a restaurant they’re all frequenting. Maybe even more,” he says.

For instance, in fitting fashion, you can top a burger with butter-poached lobster. Foie gras is another option. There’s a dry-aged burger called the MM74 in honor of the former space, Lobster Corn Dogs, and pizzas that feature toppings ranging from summer truffle to chanterelle mushrooms.

Once it became evident that Pizza & Burger had permanent chops, Mina started re-imaging the kitchen. They had to order real pizza ovens, just like the ones in Mina’s backyard. Otherwise, the seven-day-a-week eatery could pretty much run as it had all summer.

Mina, who has a flair for identifying viable concepts, had no concerns about Pizza & Burger’s staying power. Again, he’s seen it thrive in his personal life. When people come over to his house, Mina sometimes hands them a bowl and points to the garden. There, guests can grab herbs and produce and return their haul to Mina, who is busy firing up the pizza oven. With burgers, his older son mans the grill. It’s nothing fancy, but it doesn’t have to be.

“To be honest with you, what I found was that the most satisfaction people would get out of coming to the parties was when we would do pizzas and burgers,” Mina says. “People want to eat great food that’s fresh and creative. That’s what we’re doing now and everybody loves it.”