Bacon Bros. Public House is ready to take its celebrated concept to new markets around the country.

The Bacon-Themed Restaurant With National Plans

Like any great story, this one begins with fried bacon and a mason jar.

Four partners—Eric Bergelson, Mike Porter, Jason Callaway, and Chef Anthony Gray—sat around a table in a former hot dog restaurant, brainstorming the future. They also ate bacon, and lots of it.

The crunch resonated, and suddenly the team realized they had a concept and a name on their hands: Bacon Bros. Public House.

In February, the second unit will open in Sugar Land, Texas, joining the original Greenville, South Carolina, location, which debuted to delighted crowds in 2012. And perhaps more noteworthy, the new store will be a franchised restaurant—the first of what the brand believes can trigger widespread expansion.

“We have a great restaurant, a great brand, and a great concept that is doing well,” says Porter, an entrepreneur with an accounting background in retail. “We think it has, to use a cliché, legs and we can recreate this in other places.” 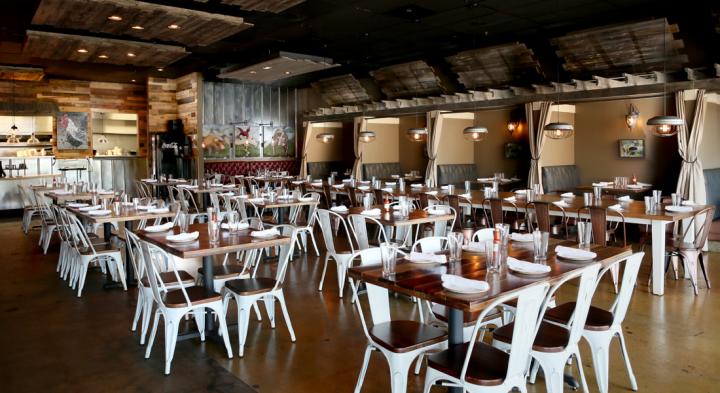 While no two Bacon Bros. will look exactly alike, they will share some features, such as the warm tones and wood elements.

Bacon Bros. is charting a path of three to five new restaurants a year over the next several. The franchise fee is $50,000 and the total investment sits between $739,000 and $1.5 million. Porter has no illusions about Bacon Bros. popping up in McDonald’s-like fashion across the nation. In fact, it’s not a model the company wants or is trying to foster.

Bacon Bros. is simply not a restaurant that can’t be cut out and fit into a similar shape. The original unit is very original, and they’re doing their best to make sure each additional location presents a similar feel. 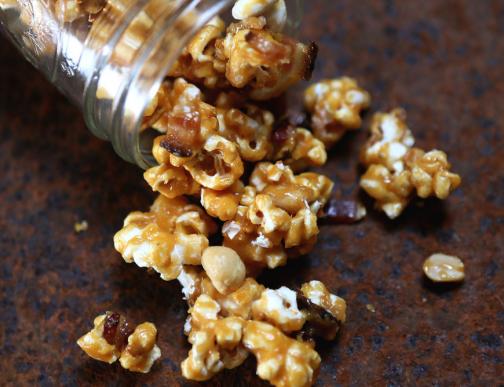 Yes, that's bacon in the popcorn.

The menu is seasonal—it changes a minimum of four times a year—Southern inspired, and, naturally, focused on bacon and other meats.

Near the dining room there’s a cure chamber where guests can look in and see the meats hanging from the ceiling. The barbecue is made daily. There’s Bacon Caramel popcorn and Pimento Cheese with bacon jam.

To understand the kind of commitment Porter and his partners are making to this franchise endeavor, consider the lone example so far. When the Sugar Land deal was struck, the future location’s chef traveled to Greenville for an eight-week training course. And when the concept opens its doors in mid-February, Bacon Bros. will send a team down to train staff for another week or so.

Porter says this story won’t be a one-off tale, either. If somebody signs up for a Bacon Bros. and gets the OK, they are committing to a “15, 20-year relationship,” with the team. 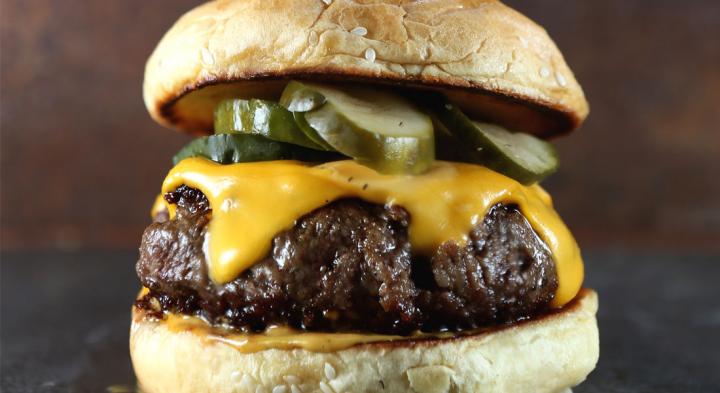 “As far as vetting these guys, we treat it as you become part of an elite club. If we award you a franchise, it says become a Bacon Brother, and we actually mean that. You’re becoming part of the club. You’ve got to be as passionate about our brand and our food and our clients, the customer services, and everything else, as we are,” Porter says.

Given this creed, it makes complete sense why Bacon Bros. would take its time spreading out. Porter sees Texas as a great place for organic growth to mature. He’s also eyeing the Carolinas, Georgia, Tennessee, and Florida. The South is a natural fit for their concept, and it’s also an easy connection to the Greenville base, which is important since Porter know he will be racking up frequent flyer miles in the coming years.

Bacon Bros. is targeting strip malls instead of standalone locations. Each will have a unique personality even though it will be obvious, to anybody who has visited the original, where they are eating. Even if a chef doesn’t have the necessary curing skills, a walk-in with glass sides, filled with meat, is going to anchor the location. 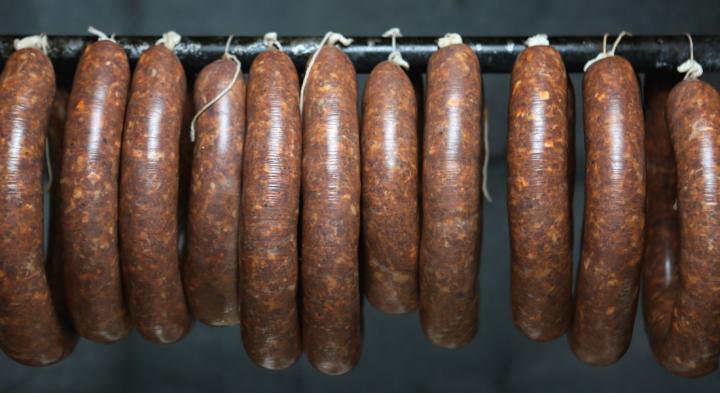 Meats, like these sausages, are on display for all guests to see.

That product, by the way, must be treated and sourced according to the team’s ethos. Before signing a franchisee, just like they did with Sugar Land, Bacon Bros. plans to travel to the new market and set up local sourcing connections they approve of.

“They’ve got to be someone who buys into that and is committed to that as well,” Porter says.

The recycled wood and warm accents are going to thread through the concepts as well. But expect to see plenty of differences. Porter says around 10 percent of the menu will be left up to the franchisee to devise, something he pictures reflecting the local appetite. 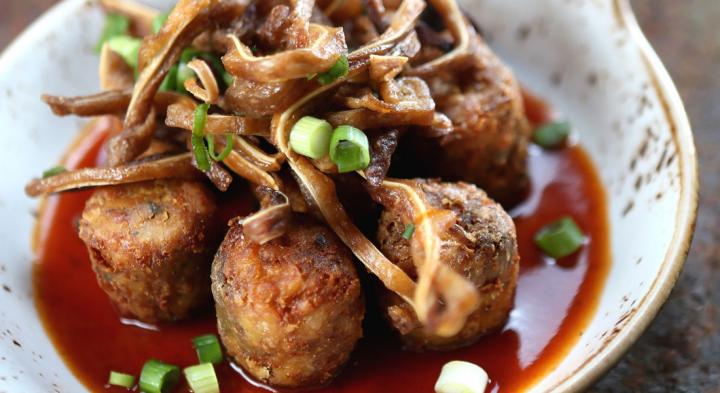 The Potater Tots are, like many of the menu items, an elevated take on a classic.

Deciding to franchise wasn’t an easy call, Porter adds. He admits he didn’t know anything about franchising, and has spent the past three years educating himself. In the last 24 months, efforts have been ramped up from a company standpoint.

They’ve put together operations manuals, training manuals, everything someone would need to recreate their specialized restaurant. Porter has traveled to franchise expos, bringing along a booth that actually has fake meats hanging up.

“We’re going to be very busy over the next five years,” Porter says. “But that’s OK. We like to be busy.”