A new menu has been one key initiative for Beef ‘O’ Brady’s.

The iconic casual brand and its sister concept, The Brass Tap, are undergoing big changes in 2018.
January 2018 Danny Klein

Changes are afoot at Beef ‘O’ Brady’s and its sister concept, The Brass Tap. In August, CapitalSpring acquired a majority stake in FSC Franchising Co. LLC, the franchisor of the two chains. A more recent change took place when FSC announced Scott SirLouis as its new chief operating officer. SirLouis spent 16 years at Italian fast casual Fazoli’s, serving as vice president of operations before moving into a role as vice president of strategy, where he helped develop off-premise sales programs, a mobile platform, point-of-sale rollouts, and worked on reimaging plans. He also founded fast casual Burrito Joe’s in 1995.

Many of those initiatives are in the works for the two brands. The chains are both working on redesigns, and Beef O’ Brady’s, founded in 1985 by Jim Mellody in Brandon, Florida, launched a new menu to go along with the store design. The chain switched up a number of offerings, including the addition of a “Lighter Side” section that features grilled shrimp and chicken. There is also a new Five-Cheese Burger, Boom Boom Shrimp appetizer, and a $9.99 Fajita Thursdays special.

CEO Chris Elliott, who has been with the brand since 2010, took some time to chat with FSR about some of the recent innovations, as well as what’s next for Beef 'O' Brady's, which currently operates 172 locations in 23 states. There are 50 Brass Taps in 22 states.

Why did you feel Scott SirLouis was well suited for this position as COO?

Scott SirLouis is a great addition to our senior management team. His educational background, work experience, and management style are a perfect fit for FSC. Scott has owned his own business and has worked with franchisees before. This experience has given Scott the right amount of empathy for and a keen understanding of the motivations of individual business owners. Scott has managed a large company portfolio of restaurant P&L’s, which makes him well suited for our company store acquisition program. Scott has extensive experience in project management and process improvement, which will help us speed up the completion and management of our kitchen of the future project, IT platform transition, and overall franchise performance. Scott’s addition to the team has definitely increased management’s overall capability to move FSC forward at a quicker pace.

What changes can we expect this year at Beef ‘O’ Brady’s?

At Beef ‘O’ Brady’s our primary focus will be on value and convenience. We will be introducing and expanding our new on-line ordering program, a new loyalty program, and adding delivery across the system where available.

We are excited to introduce our new upgraded menu featuring enhanced value with our “Eat a Fajita” Thursday special. We have also introduced our new chargrill offerings, featuring steak, salmon and pork chops. We will be offering our very popular 2 for $20 deal and freshen it each quarter with new product news. 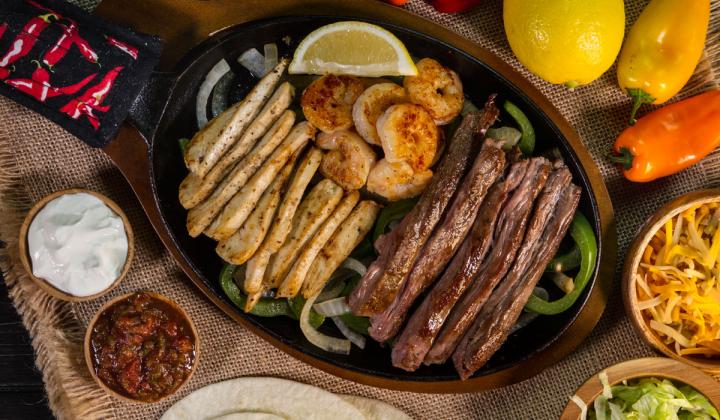 And at The Brass Tap?

At The Brass Tap, we will be testing our new Aged Handcrafted Bourbon/Spirits program as well as an enhanced entertainment element featuring board games, darts, pinball and old-fashioned electronics games.

We will roll out an updated menu featuring on-trend new products like Korean Bar-B-Q tacos, nachos and sliders as well as our Southern Stack with fried green tomatoes, pimento cheese and pork belly. We’ve also enhanced our Happy Hour offerings with excellent food and drink specials. We will continue to refine the design elements of The Brass Tap to enhance the customer experience, minimize operational complexity and reduce the initial start up cost.

At both Beef ‘O’ Brady’s and The Brass Tap we will continue to reinforce each brand’s positioning. “Where Game Time Meets Family Time” best describes Beef ‘O’ Brady’s. Family, community involvement, sports, great food and value are the foundation of the Beef ‘O’ Brady’s brand.

Are you adding any new revenue streams in 2018?

New or enhanced revenue streams will come from the expansions of delivery, online ordering, and loyalty programs.

What's your vision for the future of the company?

FSC is a platform for developing and franchising restaurant and bar concepts. Our growth will come from an intense focus on topline sales, brand enhancements that drive new unit growth, the addition of highly accretive corporate store acquisitions as well as the acquisition or development of a third brand for our portfolio.

Today, FSC is comprised of 221 locations generating $250 million in revenues. Within five years we expect to be at 325 locations and $425 million in revenue. We have the brands, the people, the desire, and the supportive ownership needed to make it happen.