During the dinner, The Four Seasons and Brennan’s each presented their own menus. This Long Island Fluke Crudo with charred cucumber dressing was an appetizer from The Four Seasons’ side.

Two Iconic Restaurants Stage a Pop-Up Dinner for the Ages

When the idea came across Julian Niccolini’s desk, he wasn’t sure what to think. In New Orleans, isn’t the Creole cuisine served with a side of Creole?

“When I got down there it was totally different,” says Niccolini, the co-owner of New York City’s famed Four Seasons restaurant. “Of course there’s a tremendous influence of French and Creole cuisine, but it’s tremendous, and there are so many different cultures. For me it was like a movie. People start drinking very early in the morning.”

Niccolini fell for the city and he fell for the idea: Over the course of four nights in February, his transient restaurant would take residence in Brennan’s, an establishment that knows a thing or two about life on the culinary throne.

After 58 years in the Big Apple’s Seagram Building, The Four Seasons, long a haven for the city’s power brokers, picked up shop and announced it was moving. Niccolini doesn’t have an exact date for the new 280 Park Avenue opening, but February’s event proved a rather pleasant interlude. Helping the cause was the man on the other side of the table: Ralph Brennan. 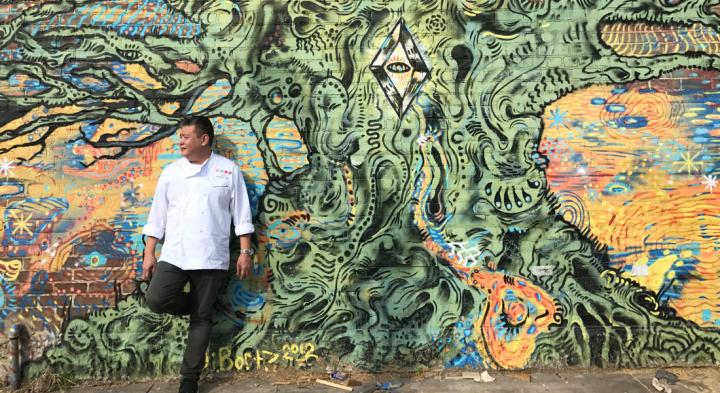 The Four Seasons’ Chef Pecko Zantilaveevan put together his own menu for the event.

“The only thing we knew before we got there was the fact that Brennan’s was an incredible institution in New Orleans,” Niccolini says.

The birthplace of Banana’s Foster, Brennan’s has graced the NOLA dining scene since 1946. The Brennan namesake is also the story behind the Commander’s Palace family of restaurants, whose flagship Garden District eatery was first introduced in 1893. Legendary proprietor Ella Brennan, who has a lifetime achievement award named after her, is Ralph’s aunt.

Brennan says, “I like to do something different once in a while,” and he was instantly intrigued by the idea of hosting such a profound pop-up. Aiding in the interest was the fact that The Four Seasons tugged at his nostalgic strings. The third date with his wife, Susan, was at the storied venue.

“The date went pretty well,” Brennan says. “It took me a little while longer to convince her.”

When the Brennan’s team was cooking at the James Beard House around a year ago, he brought his staff to The Four Seasons and had a “wonderful, magical experience.”

Once his team suggested the pop-up, Brennan knew he had to invite Niccolini down to New Orleans before they moved forward. They ate at Brennan’s and Niccolini was put up in a hotel that was walking distance to some of the city’s most iconic spots. He strolled along the Moon Walk and sampled some beignets at Café Du Monde.

“We were impressed to see how much food is available down there and how much fun people are having,” Niccolini says. “It’s very different than any other part of the country. It’s a very special place.” 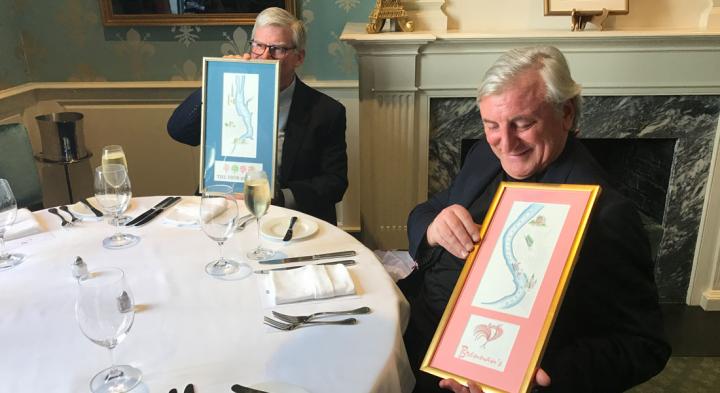 Now it was time to get down to business. Neither Brennan’s nor The Four Seasons has done anything like this before, which is understandable. Many restaurants of this caliber wouldn’t talk to one another, let alone share a kitchen. And to compound the challenge, aside from a dedication to quality and service, there really wasn’t much to link the two landmarks.

Brennan and Niccolini devised an easy fix for this. Instead of fusing history, they let it stand side-by-side. Brennan’s acclaimed chef Slade Rushing, a 2016 James Beard finalist for Best Chef: South, would get half the menu. Four Seasons’ Chef Pecko Zantilaveevan got the other.

“You have to respect what they’re doing. We can’t just go down there and say, ‘We’re going to change everything.’ Of course not,” Niccolini says.

The same sentiment flowed into hospitality. Brennan and Niccolini roamed the floor, greeting and interacting with guests, which they capped at 150 reservations each night. Niccolini is famous for his on-floor presence, and says it was a breath of fresh air to get back to what he loves.

The Four Seasons played a little bit more of a balancing act with its menu, offering some favorites along with glimpses of the future. For example, there can’t be a Four Seasons meal without Crispy Shrimp with cremonata and mustard fruits; Nantucket Bay Scallops with winter truffles and butternut squash purée; the Four Seasons Farmhouse Duck; and Steak Tartare prepared tableside.

Once the event was announced, Niccolini says Four Seasons’ regulars yearning to make up for lost time signed up, and some even made a vacation out of it.

For Brennan, he understood the dinner came with a certain level of pressure. It would introduce Brennan’s to a whole new consumer base, and a lofty one at that. Authenticity and preparation was the answer, he says. For every Four Seasons dish, Brennan connected with the authentic supplier. He made sure to order the same dover sole from England, duck from Long Island, scallops from Nantucket Bay, and so on.

“The biggest challenge obviously is being able to execute the dishes as they would in New York,” Brennan says. “We wanted to make sure we put our best foot forward in representing their food along with their help and supervision.”

Both chefs stayed in the kitchen to oversee operations. Brennan says the experience was a great opportunity for his staff to step outside the box. “This was a chance to break the normal pattern,” he says. “Inspire the kitchen. Inspire the servers. And have a lot of fun while we’re at it.”

When it was over, Brennan purchased two trees to be planted in City Park in honor of the dinner: One for The Four Seasons and the other for Brennan’s, meant to represent how the iconic restaurants are now growing together. Brennan threw a celebratory lunch at his restaurant, Ralph’s On The Park, and, again, no detail was ignored. They toasted with a bottle of Champagne Philipponnat—Niccolini’s favorite.