Wingers has grown to 23 locations.

The chain just relaunched franchising after a years-long pause.

Wingers is on the cusp of a new growth chapter that’s been years in the making.

It started about a decade ago when the U.S. came out of the Great Recession in 2009 and 2010. CEO Eric Slaymaker wasn’t satisfied with how unit-level economics were performing. So the chain decided to pause franchising and focus the next several years on preparing for the next stage.

The biggest move came April 2016 in Nampa, Idaho, when Wingers completed a “Restaurant & Alehouse” remodel. Slaymaker calls it putting “craft beer on steroids,” as the number of taps increased from 10 to 40. The location also received a contemporary look and feel. The restaurant was closed for eight days, and when it reopened, sales spiked 60 percent.

Slaymaker and his team knew they struck gold. Matching Wingers’ menu and craft beer with an improved experience clicked with guests. The past few years have been spent updating, reimaging, and remodeling a majority of stores. Whenever a restaurant completes the process, sales lift anywhere from 30 to 100 percent.

After proving the model several times over, 23-unit Wingers has decided to relaunch its franchise program, with plans to reach new and existing markets throughout the West and Midwest.

“Obviously COVID was a bit of a hiccup, to say the least,” Slaymaker says. “We still were working through 2020 and really putting together all of our plans and how we're going to do that and how we're going to promote it. And essentially, we really only began in earnest launching our marketing for new franchisees in the first part of March, so we're right at the beginning of our relaunch.”

The Ale House model earns roughly $1.8 million to $2 million a year in these smaller towns of 25,000 to 50,000. Slaymaker uses Colorado as an example of how Wingers approaches markets—the chain may not immediately jump into Denver, but it will give Grand Junction a serious look.

“Texas Roadhouse wants $3.5 million to $4.5 million when they open the location,” Slaymaker says. “So we can look at locations and make them work, or look at markets and cities that for a number of our competitors doesn't make economic sense to look at. We think it’s a competitive advantage for us, and that's a strategic plan.” 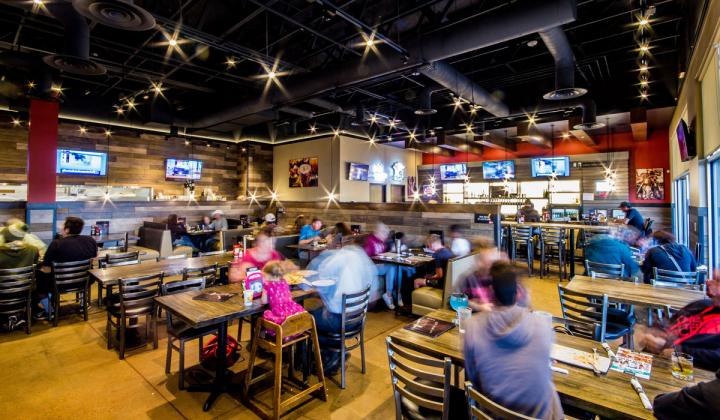 Wingers has made 14 states available for franchising.

The restaurant is garnering interest on the international side as well. For 18 months leading up to the pandemic, the chain worked with a company to become a master licensee for a large international market. The two sides were readying agreements when COVID hit in March 2020. However, Wingers is still in contact with the group, and there’s hope that matters will move forward once conditions allow.

“We primarily are looking and talking to people whose goals are to develop not just one or two stores, but usually three or more locations is our preference,” Slaymaker says. “For certain circumstances we will talk to somebody who might just do one or two stores, and we won't say no to it. But it's not really our target. We really are looking for franchisees and franchisees groups who are hoping to expand and to grow with the brand.”

Operating in a New Environment

Wingers’ performance during COVID only cemented its motivation to reignite franchising. Unlike many full-service chains, Wingers’ off-premises channel always mixed well. The first couple of months were difficult, but once states began opening more in the summer, sales returned to nearly flat. And throughout the year and into the early part of 2021, Wingers grew sales anywhere from 9 to 12 percent. Takeout represented roughly 40 percent of sales.

During the week of March 15, 40 percent of the system posted sales records. Conventional wisdom suggests the increase was partly due to guests returning for dine-in, but takeout actually accounted for 50 percent of sales that week.

“We've done well through this period,” Slaymaker says. “And I think the way that consumer habits have been changed as we come out of the pandemic, I really think it puts us even in a more unique position for a full-service restaurant because we probably think that we're going to have a unique hybrid in-store dining model combined with a really, really strong takeout, third-party delivery model that makes up somewhat of a unique position for our brand right now.” 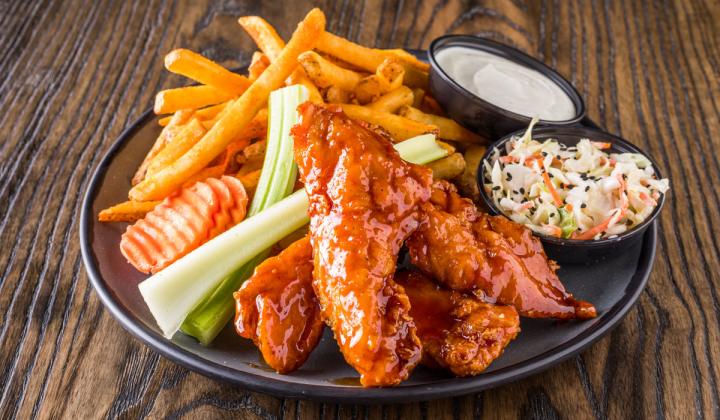 Wingers is operating in a growingly saturated food category. As Slaymaker says, “It has been stunning to see almost everybody and their dog has started a virtual wing brand over the last year.” This covers quick-service and full-service, from Fazoli’s and Nathan’s Famous to Chili’s, Applebee’s, and Smokey Bones.

The influx put pressure on pricing and availability in the wing market. Slaymaker says it’s a challenge, but adds Wingers is more than just wings. Sticky Fingers, the boneless product, outsell wings nearly two to one. The CEO notes Wingers uses its fan-favorite flavors on a variety of items, which spreads customers across the menu and decreases the chain’s dependency on wings.

Wingers is also testing a leg product called Tennessee Hot Legs—an item that can be sauced and prepared just like the wings and Sticky Fingers. The chicken comes with a better price structure, as well. The cost of one chicken leg is similar to the cost of one wing, but a chicken leg is double the size.

“There’s certainly a lot of competition, but I guess that's to happen when a product’s popular and it's working,” Slaymaker says. “Lots of people jump into it. It’s like pizza, too. Pizza is popular. It works. Consumers like it. There's huge demand, and demand keeps growing. And so probably the biggest challenge is for producers being able to keep up with the demand and being able to have the supply to keep it up.”

Outside of the category, Wingers is facing the same issue as every other restaurant—an employment crisis. Slaymaker says it’s primarily driven by a number of employees staying away either because they’re nervous about working inside restaurants or they’re staying on unemployment and benefiting from the weekly $300 boost that will last until early September. At the same time, sales are returning a lot faster than workers, which has created a squeeze in the service industry. The CEO does expect it to improve, however, as the perceived risk decreases and the enhanced unemployment checks phase out. 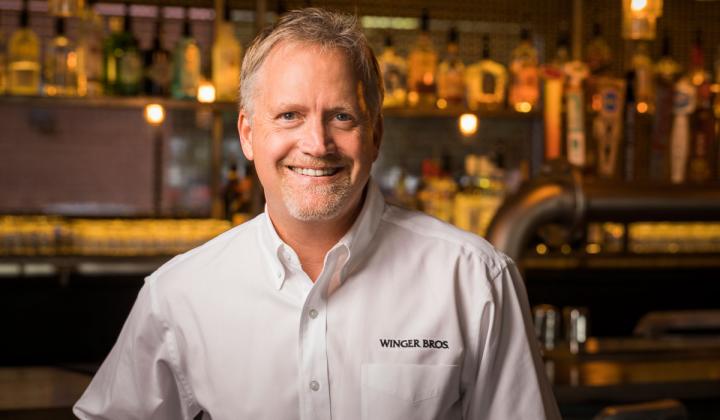 But in the meantime, Slaymaker is among a host of operators who are asking themselves, “Can you open stores?” “Can you staff them?” Wingers opened a new store a few weeks ago in Utah, and within the first week, it was clear that the location was short-staffed. The restaurant is temporarily closed on Sundays until the brand can hire and develop more staff members. Wingers is also looking to retain employees by hiring a health and wellness coordinator.

“We have more service economy jobs than we currently have people who want service economy jobs,” Slaymaker says. “And I think there's a long-term issue that we need to be able to address as a country, if we can address it as a country. Because I think a lot of the political environment has really not allowed our country to address those type of things, But I do think that there is a long-term piece that we need to look at seriously because it's not just restaurants, it’s construction, it’s agricultural workers., it’s hotel workers. There's a big segment that we need service workers in our economy to keep our economy going.”

Many chains, such as Taco Bell, IHOP, Firehouse Subs, and Ninety Nine Restaurant have announced plans to hire thousands of employees in anticipation of a boom in sales and traffic during the summer. Slaymaker expects the same to happen, especially for the full-service segment, because guests have missed the experience of dining out.

Slaymaker also knows the demand for convenience won’t disappear, but Wingers has that covered.

“I think those two realities are both going to be with us moving into the future,” Slaymaker says. “That's one of the exciting things that we’re so bullish about. Our model, it's a little bit of a hybrid between dine-in and takeout and the experience and having great food that can be enjoyed away from the restaurant.”