With seven locations across three cities, this is the biggest the company has ever been, says The Smith’s vice president of operations Adam Burke.

The Smith Puts Culture First as it Grows

Adam Burke was The Smith’s first general manager at its original East Village location. In the 12 years that followed, his title changed a handful of times, but his connection to the brand only strengthened.

Seven locations later, his goal, as well as the overall mission of the brand, hasn’t wavered: Support employees and help build a chain that feels like a local restaurant in each market it enters.

“While I might not be on the floor as much as I was as a general manager, it’s about finding ways to offer the same kind of support to the managers, the chefs, and our directors as I did before,” he says.

“People talk about how do we set ourselves apart and I do think the thing that helps set us apart is our culture in the restaurants," Burke adds. "It's of paramount importance to us. It’s the thing that we talk about the most—how people feel in a restaurant and how our team feels and how the guests feel.” 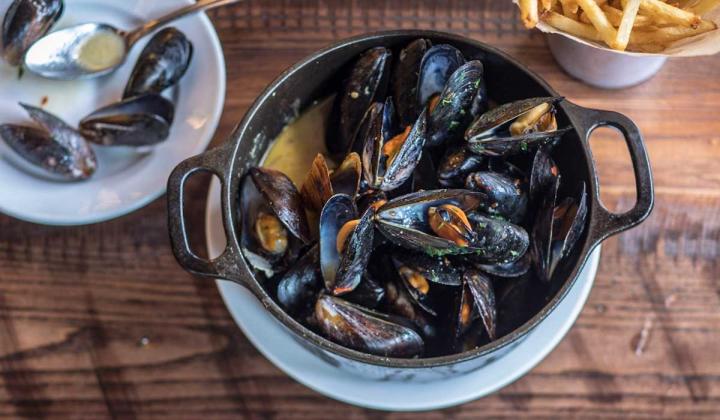 The Smith’s seasonal menu changes twice a year and there are slight differences in its offerings across the three cities.

Since its 2007 debut, The Smith, an American-style brasserie, has become a popular gathering spot, Burke says. The social nature of the restaurant has helped it separate during a time when dine-in traffic continues to cede ground to convenience. With bistro-style fare and craft cocktails, The Smith offers guests a place to enjoy happy hour, host a private event, or meet up with friends on the weekend.

“I think that for us as we have opened more locations or have moved into other cities we’ve tried to be really thoughtful of doing it in a way so that we can maintain that personal connection that we have with the restaurants,” Burke says.

That relationship starts at the top. Burke and other employees take time to work the floor when they can, he says. Without that hands-on experience, it’s hard to evaluate operations and solve problems, and leaders might lose touch with guests.

“I don’t know how it works in other bigger companies,” Burke says. “We might have to cross that bridge one day, but, for now, thankfully we’re really able to be hands on in terms of being there and working with everyone.” 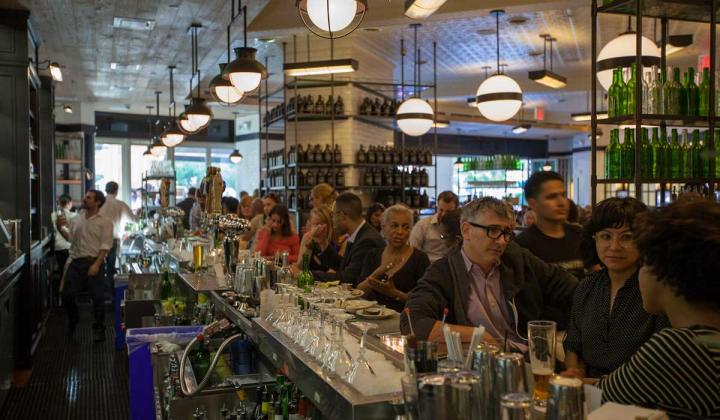 With bistro-style fare and craft cocktails, The Smith offers guests a place to enjoy happy hour, host a private event, or meet up with friends on the weekend.

Don’t call us a chain

After spreading to different neighborhoods in New York City, The Smith opened locations in Washington D.C. and, more recently, made its Chicago debut in the spring.

A massive expansion strategy isn’t in the books at the moment, Burke says. “There’s no vision of we have to open X amount per year or in 10 years, it's more about are we doing the best job we can today with what we have open,” Burke says.

When the time is right, he adds, the brand will explore its options, but for now the main focus is getting Chicago on its feet. A second Windy City spot isn’t on the radar just yet.

“There’s no rush for us,” he says. “We just need to do something we’re proud of. That’s how we guide all of our decisions, whether it’s R&D, real estate, or really anything.”

The Smith’s design evolved over the years as well, and each location has its own personality to reflect the neighborhood. Some restaurants feature communal tables or varying bar sizes. For the Chicago store, this is the first time it’s incorporated two private spaces into the restaurant’s design. And locals are taking advantage of the private rooms for events, Burke says.

“Those are all things we make decisions based on the neighborhood and what street we’re on,” he says. “It’s important that when people walk into The Smith they feel that it is The Smith and I think that we’ve been able to do that and offer uniqueness to each location, but still feel and maintain the DNA of what The Smith is.” 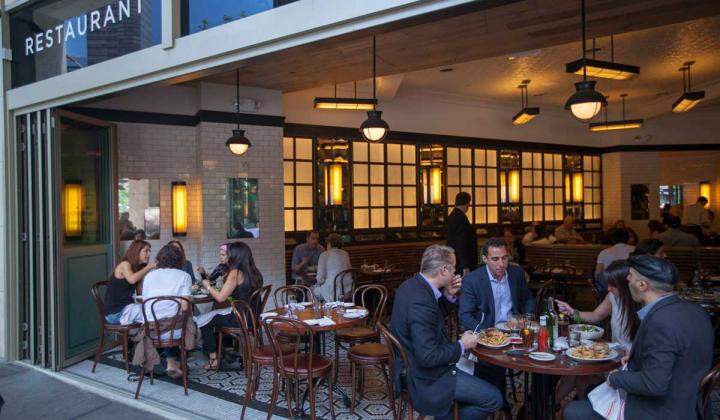 The Smith’s design has evolved over the years and each location has its own personality to reflect the neighborhood where it’s located.

The Smith connects with individual markets through the use of local products, too. When the original location in New York City opened, sourcing was focused on local suppliers and products in the city and surrounding areas. As the brand expanded, leadership had to figure out if their current suppliers could support new locations or if they needed to find someone else.

Using referrals from trusted Big Apple suppliers, The Smith has built new relationships with farmers and vendors across the country. Whether it’s farmers in Maryland and Virginia supplying the D.C. locations with seasonal crop or local bread and beer made in Chicago, customers find a variety of recognizable products. “We knew that that was such a big part of what made The Smith, The Smith,” Burke says.

Before opening in D.C. and Chicago, The Smith’s team was on the ground finding new products and building relationships.

The Smith’s seasonal menu changes twice a year and there are slight differences across the three cities. For example, one of the D.C. locations offers pizza, which isn’t available at other restaurants. 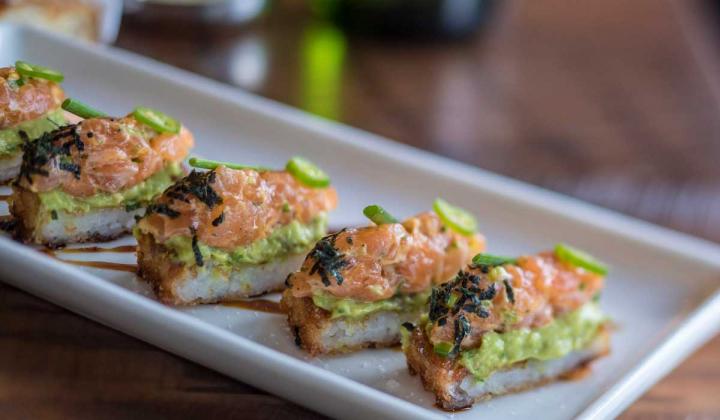 As the company prepared to open in Chicago, it encountered another hurdle: how to bring the oyster program to the Midwest. The popular program thrives in the D.C. market where there’s an abundance of different varieties coming from Maryland and Virginia.

“One of the things we hear [from customers] is how long it takes the oyster to go from water to actually getting your hands on it in the restaurant,” Burke says. “Chicago adds a complication to that but thankfully we’ve been able to connect with people who specialize in making sure that time is minimized.”

So far Chicago’s oyster program has been well received by guests. “I would put them up against anyone's oysters,” Burke says.