The inaugural Puttery location earned roughly $800,000 in September, with more than 60 percent of walk-in guests planning their trip in advance.

Puttery, a social entertainment concept based around mini golf, debuted in early September, but the idea was nearly a decade in the making.

The journey began with American Golf, a golf course management company that oversaw nearly 300 courses in the early 2000s. Goldman Sachs owned the company for 11 years, and spent time selling courses and leaving underperforming contracts, according to Golf Inc.

Newcastle Investments purchased American Golf in 2013, but saw decreasing enthusiasm around traditional golf. In response, Newcastle switched gears and renamed itself Drive Shack Inc. to focus on combining golf with food, beverages, and entertainment, similar to Topgolf. As a result, Drive Shack and American Golf became subsidiaries under the new company.

During the transition, the company sold the majority of its traditional golf courses to fund growth of its budding social entertainment business. American Golf now owns, leases, and manages just 56 courses, down 81 percent from where it was in 2001.

The successful pivot led to the formation of Puttery, a third concept under the Drive Shack Inc. umbrella. The emerging brand is the company’s “modern version of indoor putting” that combines “innovative technology with a high-energy, adults-only atmosphere.”

The first Puttery opened September 3 in The Colony, Texas, at a 20,700-square-foot venue featuring two floors of golf courses, three bars, an outdoor terrace, and multiple lounges and seating areas. Instead of pencils and paper, consumers enter scores on a tablet at the end of each hole.

“We are beyond excited with the debut of our first Puttery located in The Colony, Texas just outside of Dallas,” said Drive Shack Inc. president and CEO Hana Khouri in a statement. “The guest response has been overwhelmingly positive since it opened early last month, and its performance to-date is on pace with our expectations.”

The inaugural Puttery location earned roughly $800,000 in September, with more than 60 percent of walk-in guests planning their trip in advance. The company found that customers are traveling up to 40 miles away and are staying approximately two hours. Average check is expected to be around $32 per person, including $29 for walk-in guests and $46 for events. Customers typically spend about $18 per person on golf entertainment while the rest is used on food and beverage.

Financial services firm BTIG said in a note that Puttery needs to earn a little less than $500 per square foot to reach its predicted sales volume of $10 million per location. For context, many full-service brands take in more than $600 in revenue per square foot while eatertainment chain Dave & Buster’s garners between $250 to $300 per square foot. 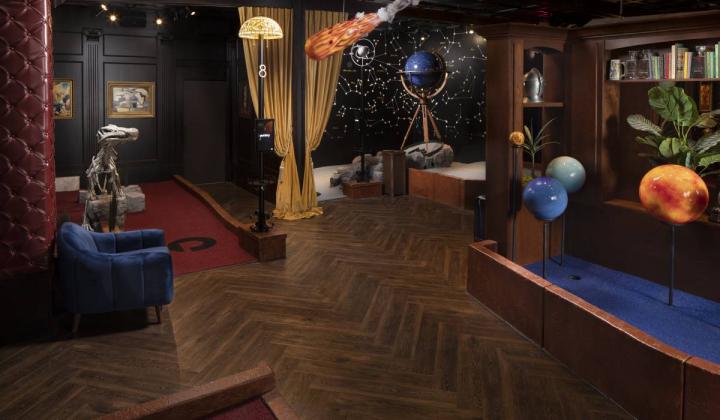 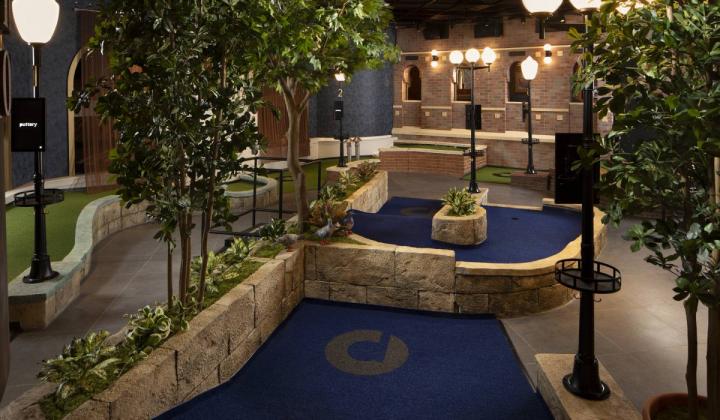 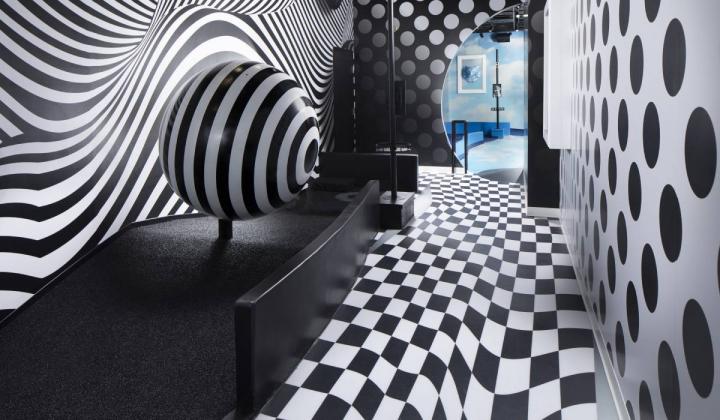 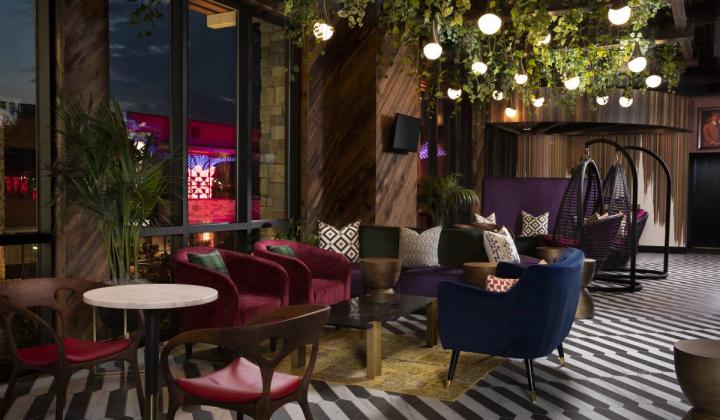 “We believe this sales mix should be beneficial to venue-level profitability as alcohol and games carry the highest gross margin,” BTIG analyst Peter Saleh said in the note. “Looking ahead, we will be interested to hear about customer repeat visits as the concept settles into a more normalized sales run rate post the honeymoon period and the traction with group events.”

Among Puttery, Drive Shack, and American Golf, Khouri said Puttery will “continue to be the best part of growth” because it allows the company to scale quickly with less capital risk. For instance, Puttery units will be 15,000 to 20,000 square feet, take between six and nine months to build, and require require an investment of $7 million to $11 million. They’re also expected to generate EBITDAs between $2 million and $3 million.

The plan is to build 50 Puttery venues and one Drive Shack location in Manhattan by the end of 2024.

The company ended Q2 with $81 million in unrestricted cash on hand, giving it plenty of liquidity to fund the development of the first seven Puttery locations. To fund the next 10 venues—estimated to cost $75 million—the company plans to raise additional capital through debt financing later in 2021 or early 2022, according to Saleh.

Drive Shack Inc. has a deal in place with professional golfer Rory McIlroy and his partner group Symphony Ventures to invest at least $10 million in Puttery through 2023. Saleh said he expects Puttery to leverage that relationship either later this year or early in 2022. The $75 million cost is incremental to McIlroy’s investment, the company noted.

As for Drive Shack the brand, all four stores in Orlando, West Palm Beach, Richmond, Virginia, and Raleigh, North Carolina, experienced record-high walk-in revenue in the second quarter,  combining for $10.1 million—a 26 percent increase against Q4 2019. The Drive Shack in Manhattan is scheduled to be finished and open by 2023. Another one in New Orleans is currently on hold.

“We view Drive Shack as a company in the early innings of a transition from an owner and operator of traditional golf courses to a golf entertainment brand that seeks to expand its customer base by catering to families and novice golfers rather than the avid golfer,” Saleh said. “While the path to success in the eatertainment segment will come with its set of challenges, ultimately, we believe the company's differentiated concepts will lead to greater profitability than its traditional golf business.”