Chef Yia Medina worked at the Ritz-Carlton, Dallas before leading the kitchen at Circo Dallas with dishes like 36-hour braised short ribs.

How a Hurricane Shifted the Course of One Chef’s Career

In the wake of Hurricane Maria, chef Yimara Medina left Puerto Rico to find new opportunities in the U.S.

Two years ago, Hurricane Maria barreled into Puerto Rico, leaving a devastated island in its wake. In many cases, businesses had no power, no water, and no means of communication with the outside world. According to the Puerto Rican government, the hurricane exacted a $43 billion toll on the local economy—the impact of which is still felt across the U.S. territory today. 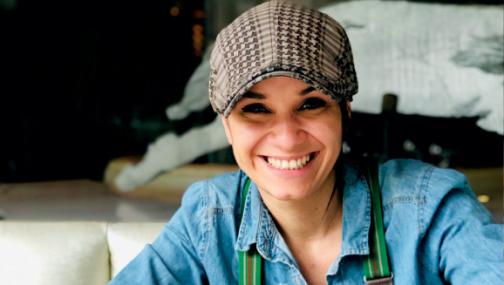 For Yimara “Yia” Medina, Hurricane Maria also meant no employment. She was the head line cook at The Ritz-Carlton, San Juan, which was destroyed in the hurricane. The property’s closure interrupted a career trajectory that had already evolved from server to restaurant owner to hotel fine-dining cook.

In late 2017, Medina sent her three children to the U.S. and soon followed them when her employer, Marriott International, offered her a leading role in the kitchen of Fearing’s Restaurant at The Ritz-Carlton, Dallas.

It turned out to be a fortuitous move—one that opened the door to an even more senior role. At 35, Medina became the executive chef of Circo Dallas, a local spinoff of the legendary Le Cirque restaurant. Circo Dallas has since closed following a string of highly publicized controversies around management, which rotated through four chefs, including Medina, in nine months.

As a result, Medina has once again been pushed to shift her plans and reimagine a new future. But given the adversity she’s faced in the past, there’s no doubt that sunny skies lie ahead.

How has your career in the restaurant industry unfolded?

Right out of high school I struggled to find my passion. The kitchen found me. One day while I was working as a server, the sous chef walked out in the middle of a busy Friday service and asked me to work in the kitchen.

I  knew I could do it; I had been watching the chef for years. I had zero experience, but as soon as I stepped into the line, it was magic. I can’t imagine doing anything else.

Next, I opened my own restaurant, Yia’s by Chef Tino. Yia’s became one of the most famous restaurants in Puerto Rico and gave me 12 years of tremendous experience.

After parting ways with Yia’s, I craved a more formal education in the kitchen. I wanted to learn the terminology and techniques, so I applied to The Ritz-Carlton in Puerto Rico and was hired as the lead line cook.

Tell us about your time at The Ritz-Carlton in San Juan.

I started working at The Ritz-Carlton in 2015. It was definitely the launching pad of my career.

I wasn’t only trained as a cook, I was also trained as a kitchen manager. I was educated in all the business aspects of the kitchen, which I’m convinced gave me an advantage. I learned that being a chef is more than knowing how to follow a recipe or cook something great. Being a chef is about being aware of all the financial aspects of the kitchen. You must have both skills or you will fail.

What brought about your move to the U.S.?

Two weeks after the hurricane it was obvious I needed to move my kids to the U.S. to finish school so they went with their father to Killeen, Texas, where he has family.

I stayed behind for almost two months because it was near impossible to leave the island. Texas became my only choice. Marriott transferred my position to Fearing’s at The Ritz-Carlton, Dallas, and I turned down all other offers.

Looking back, has some good come out of the devastation caused by Hurricane Maria?

When I first got to Dallas I battled with depression and couldn’t wait to go back to my island. But time passed, and I realized it was my destiny to be here. Everything I went through prepared me. If I hadn’t parted ways with my restaurant, Yia’s, I wouldn’t have applied to The Ritz-Carlton and received all that training—training that gave me the knowledge I needed to step into various roles.

I love my job because food has influence. Food can change people’s moods and can even take you back in time to your grandmother’s kitchen.