Since launching last year, Conserva Culture has grown to include goods from more than 50 purveyors—and it's still growing.

How Barcelona Wine Bar Built a New Business During the Pandemic

Conserva Culture started as a way to weather the economic downturn but quickly proved a viable operation with its own identity.

When the pandemic first struck, many restaurants introduced pantry programs as a way to not only serve customers amid dine-in bans but to also offload their wares, particularly perishables. For Barcelona Wine Bar, the idea coalesced into something much larger than a retail extension of the brand. In fact, Conserva Culture became an entirely new venture, with its own branding, business model, and website. The name comes from the Spanish word, conservas, which means preserves; such items are quite popular across the Mediterranean.

“Restaurant groups and people who work in restaurants were [plagued] by our own questions ... that kept us up at night, which was: What are you going to do for people? We have spent years and years creating something that really isn't ready for a pandemic,” says Drew McConnell, director of marketing for Barcelona and Conserva Culture cofounder.

But, as the past year has made abundantly clear, restaurants are hard to deter, even when the odds are stacked against them. “If you give restaurant people something that you're not supposed to be able to do, they usually will be incredibly scrappy,” McConnell adds.

A LOOK BACK: Barcelona Wine Bar Won’t Dehumanize the Restaurant Experience, Pandemic or Not

A few months into the pandemic, McConnell and Barcelona vice president of creative Gretchen Thomas realized that the core mission behind the brand could be parlayed into something new and fresh. As a purveyor of Spanish fare and wine, Barcelona was uniquely situated to serve as a retail ambassador to the Mediterranean and beyond. 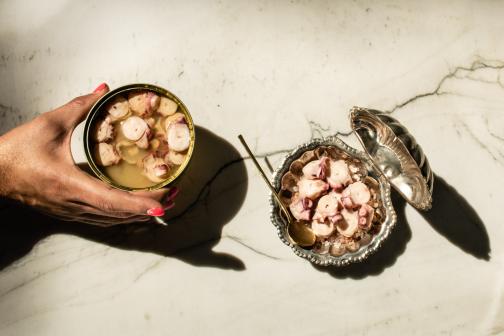 It wasn’t long before the idea took root, and by summertime, Conserva Culture was up and running. From its earliest days, it served as a financial stopgap for both the restaurants and the many producers, merchants, and artisans who regularly partnered with Barcelona.

The online retail shop can hardly be classified as a pantry-only operation since it sells everything from condiments, preserves, oils, vinegars, and canned foods to serveware, centerpieces, and original artwork. While most items hail from Spain and the surrounding regions, the collection also includes wares from India, Japan, and even Alaska.

For better or for worse, Americans don’t hold canned and other shelf-stable goods in high regard the way many other cultures do. In this, McConnell and Thomas glimpsed a way to challenge that mindset.

“There are incredible cultures all over the world—not just in Spain and the Mediterranean—but also like Japan, that have an entirely different relationship with their pantry than the American culture does. We have a very post-war relationship. Much of what goes into can is no good,” McConnell says. “Then you go to a place like Spain where the best things are put in a can. To them, it’s like, ‘If we put it in a can, we make sure that it’s good forever.’ You can open it anytime.”

A little less than a year into operation, Conserva’s community of sellers has grown to more than 50 purveyors with more being added on an ongoing basis. Current best-sellers include the Conserva Porrón—a sculpture-like glass pitcher not unlike a decanter—La Boella olive oil (sold exclusively through Conserva), and tinned seafood, including squid preserved in ink, from Güeyu Mar, a renowned restaurant in northern Spain. Güeyu Mar products only debuted in December, but they’re already garnering rave reviews, with the likes of Bon Appetit positing, “How on earth could such a delicacy come from a can?” 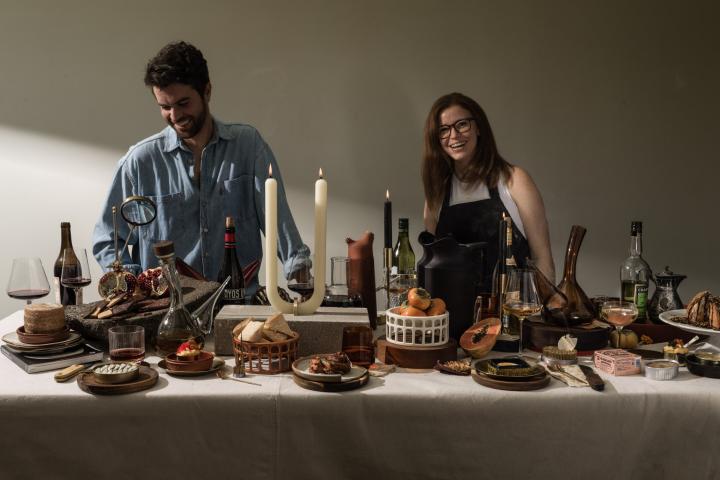 Barcelona's Drew McConnell and Gretchen Thomas realized the challenges of the pandemic also presented an opportunity to introduce Americans to the world of global "conservas," or preserves.

Barcelona and Conserva are positioned as two distinct, separate brands. The pair have their own respective websites, and neither landing pages bears any mention of the other. But despite the clear divide, Conserva offers a peek into markets beyond the restaurant’s reach. Barcelona’s 18-unit system is mostly concentrated on the East Coast plus westerly outposts in Dallas and Denver. With nationwide shipping available, Conserva extends the company’s reach while its sales indicate which cities may be well-suited for a brick-and-mortar Barcelona at some point in the future.

At the same time, Conserva is not a means to an end. It may have started as a way to help the restaurant and its partners weather the worst of COVID-19, but McConnell sees a more permanent role for such businesses. The success of Conserva is both a testament to the deep ties guests have formed with Barcelona and an indication that they are eager to expand those interactions beyond the dine-in experience.

“That was an aha moment for me. What do we really do for people at Barcelona? It's not just to fill them up; it's to give them an element of so many things converging: an experience of food, an experience of wine, exposure to beautiful design and art in a vibrant place, where music is playing, and there's life lived. That's how we measure ourselves,” McConnell says. “And so that became quite clear with Conserva. This can't just be about selling people cans of things.”