Willie Degel wants to grow his restaurant portfolio in the South.

Willie Degel is launching new concepts and even possibly eyeing an IPO down the road.

Since Willie Degel started in the restaurant business, he’s wanted to grow and build, and the former Food Network star believes this is the year to start evolving.

He described the Tavern as a farm-to-table neighborhood grill and pub, with a scratch-made, chef-driven kitchen. Degel says there will be diverse cuisines, including Italian, Asian, Latin/Mexican-infused, South American, and classic American dishes. He envisions the Shack as a fast-grab, affordable eatery that showcases items from all of his brands like signature burgers, chicken sandwiches, disco fries, steak sandwiches, brisket, and more.

READ MORE: Willie Degel sounds off on politics, how they're killing restaurants, and why he keeps fighting

Degel’s plan is to open a second Meat House in Peach Tree Corners, Georgia, in August, and another in Miami later in the year. The first Jack’s Tavern is scheduled for Lawrenceville, Georgia, in September. A long-term goal is to open 10 to 15 stores in the next three to five years.

“I’m growing my team and my people, so I need great people onboard to help me grow and be a part of this,” Degel says. “… You just build a team that opens places. You go in, they love it, they love the pressure, the stress. They train, they open, and every time you do it, you get better at it.”

His target markets are in the South—Georgia, the Carolinas, and Florida. He wants developers and entrepreneurs to contact him and send proposals so he can plant seeds and get boots on the ground.

“I love the growth of the South—anything I can do to take care of my customers and build the brand and make sure everybody at every level at every occasion can afford and eat my brands,” Degel says. 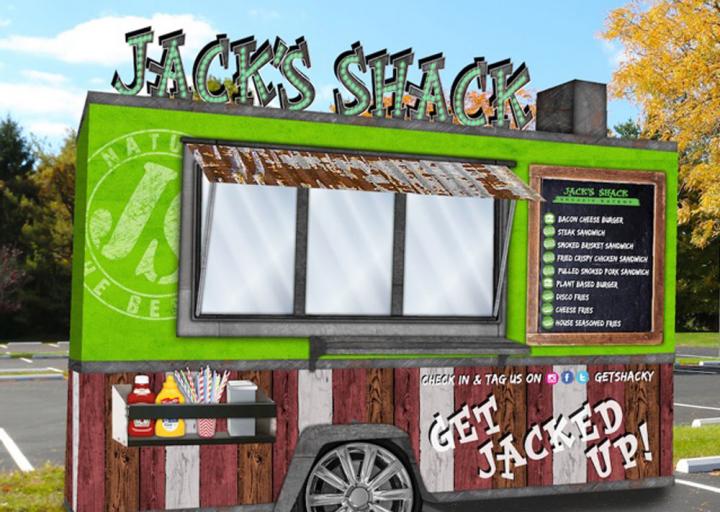 Degel says that with the food truck, he can sell high-quality items at an affordable price because of the low overhead. It also presents a way to market each of his restaurants. His brands often participate in events and staff has to set up for those occasions. So Degel’s thoughts led him to food trucks. He sees them as a cross-promotional opportunity where employees in the restaurants can popularize the food trucks and vice versa. Ideally, he wants about one food truck per two to three stores.

He wants to build the Jack’s Shacks around his employees, which he enjoys doing.

“So, in the store in Duluth, I have people who work for me or used to work for me, that that was part of their dream and vision, and I can pull them into that and make them working partners,” Degel says. “Today as you evolve and you grow your business, the infrastructure I have—I could be the bank, I could be the corporate support. We have all the different departments. I can help them with the vision, as long as they’re willing to dig in, do the work, own it along with me, execute, feedback and take care of the guests, we can do it.”

Degel, sometimes referred to as the “Steak Doctor,” opened his first restaurant in Queens in 1990 and opened the first Steakhouse six years later. Degel spent two and half years and 58 episodes starring in Food Network’s “Restaurant Stakeout,” where he went behind the scenes to help restaurants around the country.

As expansion reaches a certain point, Degel says, the next step would be to go public with an IPO and get more people invested in his brands.

“You can look and map it out and go from the East Coast to the West Coast and then cover all of America, to out-of-state, other countries,” Degel says. “It’s a process. It takes a lot of love, it takes a lot of people, it takes a lot of infrastructure, and it takes a lot of money. So you’re looking to get money different ways. Where can you find the money, at the cheapest price possible, to grow your business and stay affordable?”

Degel says his motto is “one customer, one steak, one martini at a time.” He attributes the success of his Meat House and Steakhouse to organization, cleanliness, and detail-orientation.

He expects the same from his future brands, where his personality—a self-described never-give-up attitude— is adopted by all of his employees.

“I love food. I love customers,” Degel says. “I love people. I want to have one restaurant for every cuisine there is out there. I see a nice coffee shop roasting coffee, I want to make my own version. That’s just who I am. But I need to build it with people because I’m one guy. So as you grow and build and you have chefs and you have people and everybody has their vision, you want to keep evolving it.”