The 20-unit chain is bringing its lifestyle brand to audiences across the country.

There is a high rate of probability that during some part of Jeff Panella’s introduction to Famous Toastery his family was eating at the restaurant. In case he needed any more convincing, Panella could always turn to their well-researched testimony.

In early May, the better-breakfast chain, which has 20 locations throughout the Southeast and Philadelphia, announced Panella was stepping into the chief development officer role. His task: To position and guide the brand as it launches major expansion plans.

Panella spent nearly a decade with Wireless Zone, helping the company grow from around 100 stores to more than 450. While Famous Toastery is obviously a very different business, Panella says the sentiment is similar.

“It just depends on how good the model is and how good the potential franchisees are, and when you vet them properly and have a love for the system and follow the system, regardless of what business you’re in, you can be successful,” he says. “And that is really one of the great powers of franchising.” 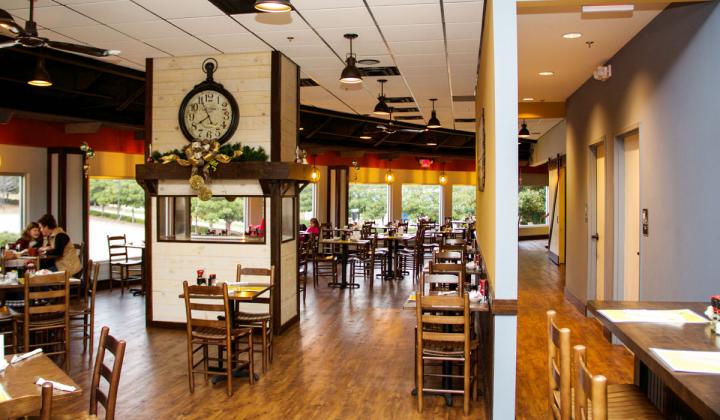 A love for the system is what stamped the card for Panella. He met CEO and co-founder Robert Maynard at a mastermind meeting for franchising. The two started chatting and Panella was hooked.

“Robert is just down to earth,” Panella says. “There’s a great family atmosphere here. And Robert created a great brand and system franchisees can follow, a system they can easily follow.”

Panella says Famous Toastery has “so much interest that it’s actually hard to keep up.” The brand expects to have 30 restaurants open by summer’s end and 60—65 by mid-2018. And this growth is backed by actual franchises sold, not projections. Allowing a bit of guesswork, Panella believes the company will eclipse 100 stores by the end of next year.

“The proof is in the pudding right? I’m really excited about it. We’re inundated with requests to join the system, which is fantastic but we’re still early on,” he says. “… We have a number of more deals pending and we have interest every single day. Every day I’m getting leads. We don’t do a ton of lead generation and yet I’m getting multiple leads per day that are pretty darn good.”

There are a couple of explanations for why Famous Toastery, which began in Huntersville, North Carolina, in 2005 as a small-house-turned restaurant, feels like the shiny new red Corvette on the block.

Twelve years ago, a breakfast restaurant ditching preservatives, nitrates, deep fryers, and freezers, was tough to come by. It was even more unlikely from an operator’s perspective considering the cost-benefit equation. Did customers care? Or did they just want stacks of pancakes accompanied by reheated sausages?

However, in the current market, Famous Toastery’s commitment to ingredients and mindful eating places it right in the center of consumer demand. “We were early and now we’re just on time,” Panella says.

Another note is that as fast casual, quick service, casual dining, polished casual, and so on, expand their offerings and rewrite food trends, breakfast remains a staple of American life. Markets and demographics don’t tilt the scales. “The response nationwide has been incredible because everybody eats breakfast,” Panella says. “And they eat breakfast everywhere. Not everybody eats lunch and not everybody enjoys meat. Not everybody enjoy Mexican or sushi.”

That’s why Famous Toastery’s arrow is spinning instead of pointing in one direction. The brand has restaurants in the pipeline for New York and Colorado. There’s a unit in Exton, Pennsylvania, Ashburn, Virginia, Jacksonville Beach, Florida, and five in South Carolina to accompany the North Carolina stores. But this roadmap isn't defined. Panella doesn’t see a town in America Famous Toastery wouldn’t work.

Factoring into Famous Toastery’s appeal is its reputation as a lifestyle brand. You’re as likely to see a server carrying mimosas and Bloody Marys as you are black coffee. 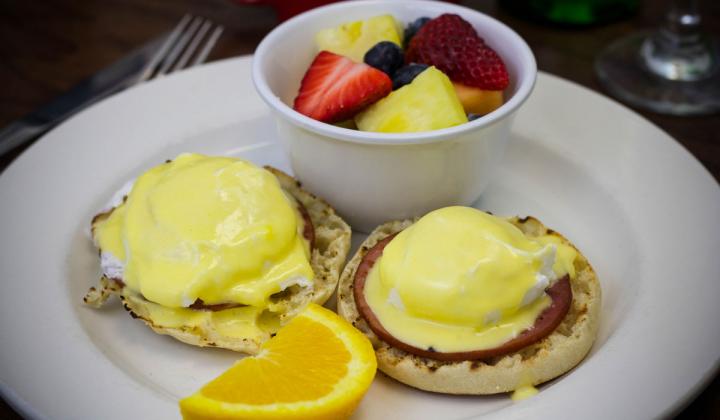 There are no freezers or deep fryers at Famous Toastery.

Famous Toastery has served wine, beer, and spirits since the early days, and introduced a signature pairing menu last summer that boosted alcohol sales around 35 percent. It even featured a menu to pair food with wine, with descriptions to boot. If you wanted a Chardonnay to join your avocado omelet, Famous Toastery made it happen.

From the franchisee perspective, Panella says operators love the brand because it’s a true full-service system.

“We do before, during, and after support and training. For the franchisees we have marketing support. Opening support. Training support. Our brokers can help out,” he says. “So we help out through the whole process and then we offer support, regional support, even after they open.”

There’s also a straightforward fact luring franchisees: Famous Toastery closes at 3 p.m. That means an operator can lead a life where they work during the day and actually go home at night. Or, if they’re wired this way, they can run a Famous Toastery when it’s light outside and a dinner-only establishment when it closes up. Panella says they’ve seen both walks of franchisees express interest.

In some cases, they’re well-established operators who burned out on some of the bigger brands. Panella says they’re preferably looking for multi-door franchisees who want to open three to 10 stores, as well as operators who have experience in other systems and are excited to join the Famous Toastery family. Either way, a bond with the brand is crucial.

“I think the first thing we’re looking at is someone who is excited about Famous Toastery,” Panella says. “Someone who is eager to learn and has eaten at one of our locations and experienced our service and is enthusiastic about the food, the brand and the location, and how we do things. We’re offering a unique opportunity and we’re thrilled about the future.”