The 13-unit brand has kept its foot on the gas.

Big Whiskey’s American Restaurant & Bar viewed the onset of the pandemic as a realignment moment.

The brand was forced to ask itself “What do we need?” “What do we not need?” Co-founder and COO Paul Sundy remembers those first eight weeks as quite bleak. At most locations, same-store sales cratered 85 percent. But as Sundy put it, Big Whiskey’s—and every other restaurant in the industry for that matter—had to circle the wagon and rally the troops.

Before COVID, the 13-unit concept didn’t have a sophisticated off-premises program, but plans were already in the making with Olo. In about 72 hours, Sundy says Big Whiskey’s went from “we didn’t quite have it there yet” to “out and rolling.” The channel has since increased in sales by 17 to 18 percent on average at most stores.

And now, entering the sixth month of the pandemic, Big Whiskey’s core Midwestern market is up 10 percent year-over-year.

A variety of initiatives have contributed to that turnaround, including a new website.

The former site was information-based and content heavy whereas the revamped page is action-based and encourages customers to take the next step. It also features a searchable whiskey list, fitting into the theme of convenience. Big Whiskey’s has more than 120 whiskies at each location. It also depicts an upgraded emphasis on each unit and its unique strengths.

“We really wanted to put the customer journey up front and center, so the menus are very prominent,” says Joy White, director of marketing. “They’re easy to read. They flow basically just like our menus would in store. Customers can research very easily, and then just hand holding them through that ordering journey.”

Sundy adds that the new website is clean, mobile-friendly, and reflects where the brand is headed. He likened the new online presence to how Big Whiskey’s is able to mold itself into a community, like remodeling an old Ruby Tuesday’s or Dress Factory. The website accomplishes the same goal. The team wanted it to reflect a local feeling as opposed to just another franchise.

“We consider ourselves a destination, especially in our home markets,” White says. “So if somebody is looking to have our type of experience, they can search for a location and see exactly what they’re in for.” 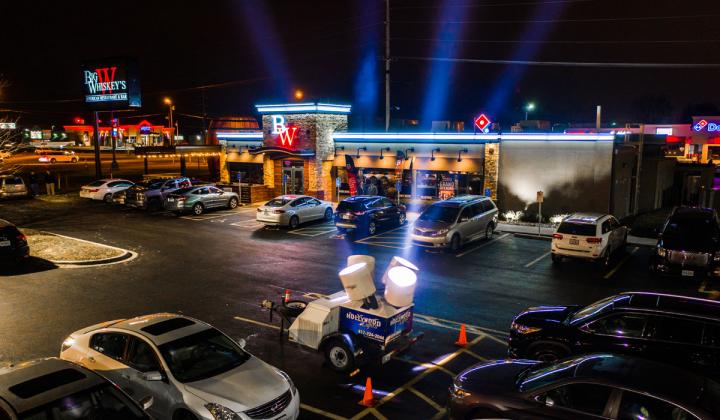 Big Whiskey’s has opened three stores during the pandemic.

Another driver of Big Whiskey’s improving sales has been the reinvigorated drink menu. Sundy says there’s currently a “White Claw mentality” in which hard seltzers are making a hard press on the market. However, rather than jump 100 percent into the seltzer game, Big Whiskey’s devised a plan called “skinny sipping,” which involves non-sugar drinks under 100 calories for the healthy drinker.

The menu also takes crafted cocktails and creates a twist, such as the Filthy Manhattan and the Blackberry Bourbon sidecar. Meanwhile, certain best-selling drinks, like the All American Margarita and the Stir Crazy, stayed on the menu. There’s two new whiskey flights, an updated Happy Hour portion, and a rejuvenated wine list, as well.

“Our new drink menu almost brought us to tears when we got it completed,” Sundy says. “It was like the culmination of the last 14 years of—what did we really want our brand to be? What did we want to look like? We understand that not every human is going to bow into whiskey and want to drink whiskey. … We wanted it to be over approachable for the non-whiskey drinker, but at the same time, paying homage to the drinks of yonder year with some of our Manhattans and some of our sidecar drinks we’ve had.”

Riding this momentum, Big Whiskey’s opened three stores during the pandemic. The unit in Hoover, Alabama, which opened in June, obliterated company sales records by 30 percent in the first four weeks of business with 50 percent capacity limits.

Patios, yard games, and an open floor plan are all a part of the experience. The location is based in an emerging development called Stadium Trace Village that comprises retail, recreation, and entertainment, leading to a heavy dose of foot traffic. The building—a spacious box built on its own lot—is a “piece of eye candy,” White says. 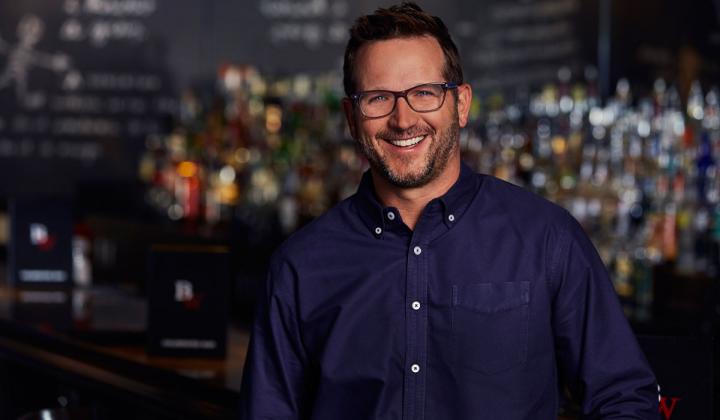 Sunday notes that typically, sales drop 15 to 20 percent after a grand opening weekend, but the store continues to soar. The COO says the modern, rustic atmosphere and store design brought forth the initial interest, but the food is delivering the extended traffic boom—a testament to how the brand has developed and evolved.

“People are going to have an experience or a night out,” Sundy says. “And what we found in some of the more prominent locations that we have, they’re spending two hours there as opposed to 45 minutes because of our crafted cocktails, because of the food products, but also some of the other ancillary things that keeps them busy or their kids busy or the service that keeps them in there.”

Looking toward the fall, Big Whiskey’s will unveil a new catering program. Sundy explains that it will be COVID-conscious, such as single-serve dishes, individually packaged meals, and allowing guests to keep utensils.

Big Whiskey’s plans to offer appetizers only, build-your-own bars, sandwich trays, and more. The idea is to become event specific. Once that identity is created, word-of-mouth will follow.

“If we stand behind one or two or three types of events, then those people will come back for their other events because they had such a good experience with that one event," Sundy says.

Big Whiskey’s is navigating the rest of 2020 with high expectations. Two more stores are under construction and some others are on pause. Sundy says the goal is to sell four stores in the next six months, with about three to six openings each year for the next five years.

In the short-term, Sundy believes the industry is still strong and customers will gravitate to brands that have remained consistent throughout the pandemic.

“We set the bar high for ourselves,” Sundy says. “Our staff was shaken. We were all shaken for a little bit, but we got a lot of brand loyalty, which I think is reflecting in some of our sales being back and higher than they were last year because people accept us as a safe, consistent place.”