Chicago­–based Bottleneck was founded in 2001 by college friends Jason Akemann and Nathan Hilding.

Bottleneck Management doubled its emerging brand in the past year.

However, he believes if a concept focuses on what differentiates itself, there is a chance for success. With the inclusion of an impressive AV package—sports, viral videos, and music videos—paired with a diverse menu of food and beverages, Bottleneck has forged an atmosphere suitable for a wide-ranging customer base, from a family of four to a couple who comes to relax and watch the big game.

Naturally, sustained success feeds directly into growth, which is the path City Works has been on for the past few years. The full-service chain opened four locations in 2019 in Tysons, Virginia, and three Chicago suburbs. That aggressive growth doubled the number of open units to eight. Two more are on the way, as well. A City Works is scheduled to open in Disney Springs, Florida, in February, and later in the year, another will go live in Watertown, Massachusetts, about 30 minutes outside of Boston.

“So, the growth strategy has been to find markets where we feel like the concept is really going to resonate, plant a flag, and I think what everyone will see over the next couple of years is that we go back into those markets and backfill and fill out those markets,” Gray says. “The genius to that concept is that we work in downtown business districts, we work in event-driven [areas], near arenas, and we also work in the suburbs, so our ability to concentrate our resources with marketing, manpower, and also supply chain as we backfill into some of these larger markets where we’ve planted some of those flags—that’s going to be the growth strategy over the next couple of years.” 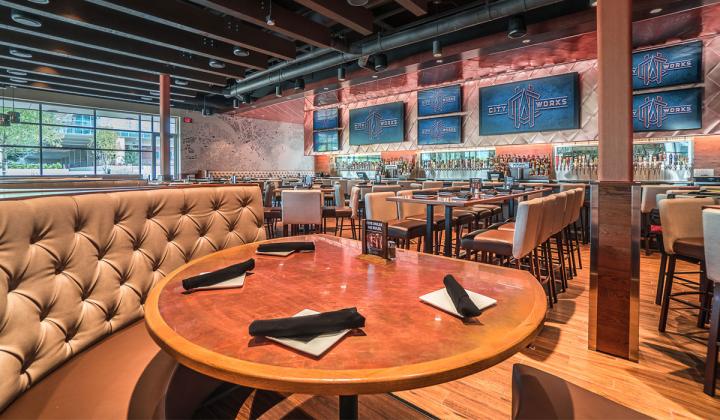 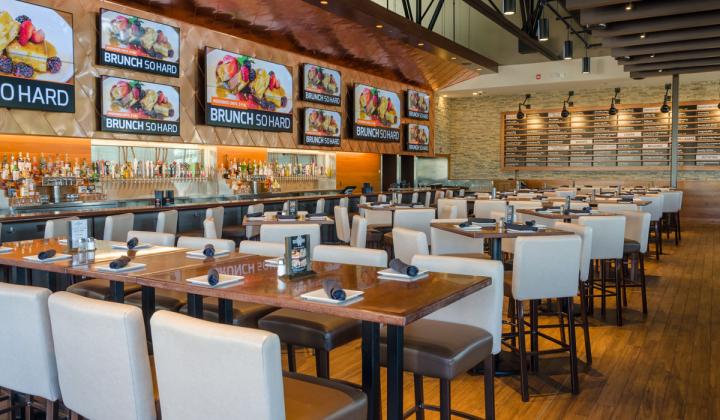 Akemann, Hilding, and Bisaillon refused to have their restaurants be pigeon-holed as a bar, so in 2016, they established City Works to stand out from the competition and prevent market confusion. City Works has now become Bottleneck’s source of growth and its brand of the future. By the end of 2020, it will extend across six states.

The eatery and pour house features more than 90 local, regional, and global brews and 98 percent of its menu is made from scratch. The stores average roughly 10,000 square feet and each house at least nine flat-screen TVs. The largest location is in Frisco, Texas, which boasts 13,000 square feet and 28 TVs. Each of the units are company-owned and there are no future plans for franchising, Gray notes.

In the next year, Gray expects City Works to expand its menu by 20 to 25 more food items and by at least 20 more craft and cocktail beverages.

“Some of the focuses both prior and also forward-looking are obviously our focus on service. We consider that to be a differentiator for us,” Gray says. “And one of the main things that sticks out, anybody with a craft beer focus really needs to be focused on diversifying their beverage program, and we think we were a little bit ahead of the curve on that. There’s a lot of folks selling more craft beers … As craft beer really got flooded with the amount of people participating in it, we began diversifying the beverage program pretty quickly to make sure that we are expanding options. One of the big things that we rolled out this year that’s been wildly successful is best-in-class brunch. Breakfast is obviously a pretty hot segment in the industry right now and we rolled out a brunch meal period that we think is definitely best-in-class.”

In addition to the chain’s amenities, Gray also emphasizes the importance of fostering talent, as well—another factor that’s played a role in the growth of City Works. 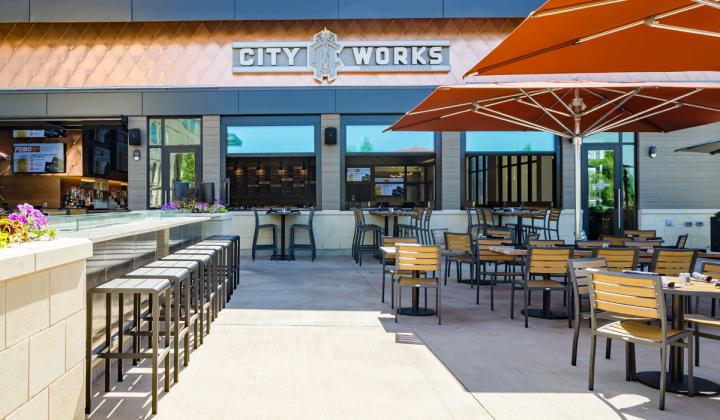 “They’re everything for us,” Gray says. “Financial capital is much easier to find right now than people capital. So developing those internal resources to help you expand—if there’s a restaurant group out there that isn’t making that their No. 1 priority then they are just completely missing the mark. In a 3.5 percent unemployment environment, you have to create and develop those resources, and we’re very proud of what we’ve been doing as far as that’s concerned.”

Gray, one of the newest members of the Bottleneck team, joined on as the company’s first COO in July. He previously worked at Barfly Ventures as its COO and CEO. He described Akemann, Hilding, and Bisaillon as critical to the vision and direction of Bottleneck’s culture. Each of the leaders are involved in site selection, growth strategy, menu development, and strategic hiring.

He was impressed with their engagement and view of the business. The group’s excitement for the growth of City Works and Bottleneck overall convinced him to join six months ago. He says they were open-minded about what the concept could become. He knew it was going to be a partnership and collaboration, and they gave him a level of comfort to provide new ideas and inject energy into the food, service, and beverage programs.

Gray says the sky’s the limit for City Works. From the recently opened sites in Chicagoland in 2019 to the unit situated in Pittsburgh business district since 2017, locations are achieving success, the COO adds.

In his mind, there’s nothing that suggests that trend won’t continue.

“Because the brand shows so much flexibility in where it can operate and be successful, I think our runway for growth is limitless,” Gray says.